Over on Twitch, I recently wrapped up a playthrough of Super Mario World 2: Yoshi’s Island. It’s a game that I’ve always held in high regard, but going through it now as an adult decades later further solidified its standing in my mind as an all-time great. What makes this one so special?

Pressured by Nintendo to create a game that looked more like Donkey Kong Country, Shigeru Miyamoto and company instead pressed forward with a distinct colouring book art style. Donkey Kong Country was mind-blowing for its time, but time hasn’t been as kind to its CG look. Yoshi’s Island looks as beautiful today as it did decades ago. 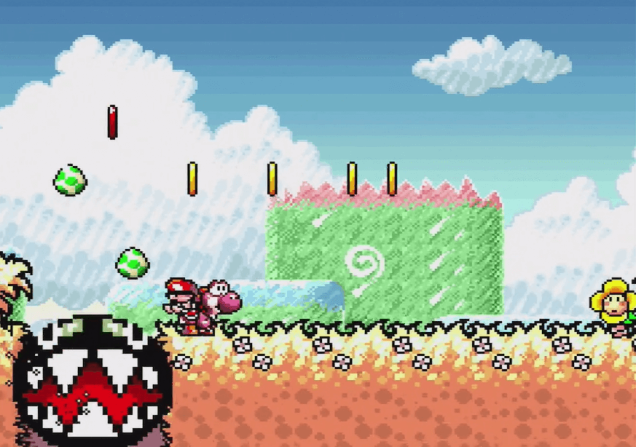 Yoshi and company burst out of the screen with vibrant colours, childish outlines, and distinct crayon strokes. Many of the game’s landscapes are carved with slopes to feel more organic. Everything animates so smoothly while giving everything a distinct punch of life. One minor detail I’ve failed to recognize up until now is Yoshi’s ducking animation. Nudging his head downward, it actually takes a split second for Baby Mario to follow suit. Every element of the game has a tremendous level of detail that gives the game life.

Though this game came out just before we moved into the world of 3D, Yoshi’s Island proved to be ahead of the curve. Its stylistic look would become en vogue many years later. Decades from now, when we’re all playing games in virtual worlds where real life and digital life bleed into one another, this game is still going to look great thanks to how much it appeals to our core design sensibilities. 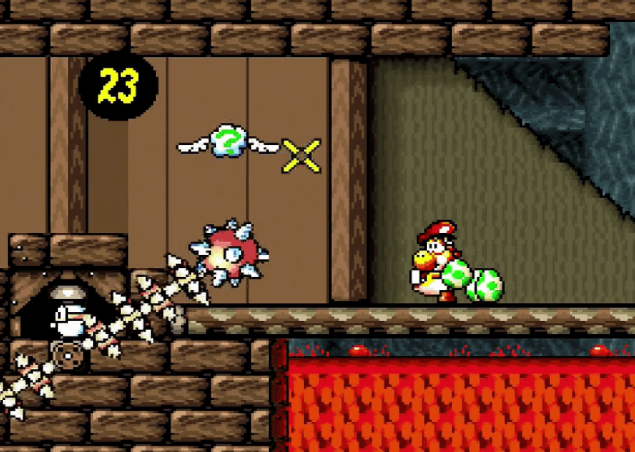 I remember at the time of its release being disappointed in the total number of worlds in Yoshi’s Island. Unlike Super Mario World and Super Mario 3 – both of which feature eight worlds – this one caps out at six. In exchange, Yoshi’s Island delivers larger and sprawling levels with a greater emphasis on exploration and puzzle-solving over twitch reflexes.

Red coins would become a staple of newer Super Mario games, but the mechanic started here as a means of encouraging further exploration and taking risks. Its biggest mechanical change comes from the more prevalent use of keys. Super Mario World introduced them simply as a way to unlock secret exits. In Yoshi’s Island, they’re oftentimes mandatory. Towards the end of the game, there are elaborate level designs that encourage you to explore the landscape and trigger events in specific sequences in order to get the key and progress forward. Though Yoshi’s platformers would transition towards being more kid-friendly, Yoshi’s Island is as challenging and rewarding as many of the best 2D Mario games out there.

Though its graphics look kiddie in nature, the game was actually pushing the limits of what the Super Nintendo could do thanks to its persistent use of Mode 7 graphics, allowing games to dynamically scale, rotate, and transform sprites in a myriad of ways. Yoshi’s Island makes heavy use of the effect to create unique and epic gameplay experiences unlike anything from its time.

One of my all-time favourite levels in any video game is “Touch Fuzzy, Get Dizzy”. After touching a Fuzzy, Yoshi begins to hallucinate, with the entire world warping around him. Unable to stay balanced, Yoshi stumbles across the stage for the duration of the effect. It even compromises your ability to control the dinosaur, further amplifying the effect.

Towards the end of the game, Yoshi does the Super Mario Galaxy thing years before Super Mario Galaxy. Running around a tiny planet, Yoshi is technically running in place while the entire level rotates around him. The effect is incredibly striking, potentially dizzying, and undeniably cool.

Closing the game out is an epic battle with Baby Bowser. Though the game gets you used to fighting larger versions of regular enemies, Baby Bower’s growth final growth spurt makes him dramatically larger than any enemy you’ve ever faced in any video game up to that point.

Charging the castle from miles away, you’re now launching giant eggs that will take seconds to either smack Baby Bowser or whiff. Furthermore, you have to account for your shot arc and Baby Bower’s changing distance. It’s very easy to shoot eggs over his head or come up short, forcing you to really get a hang of its revised shot mechanics. When Baby Bowser makes his final charge and you’ve have to nail that shot or die, it’s truly heart-pounding! 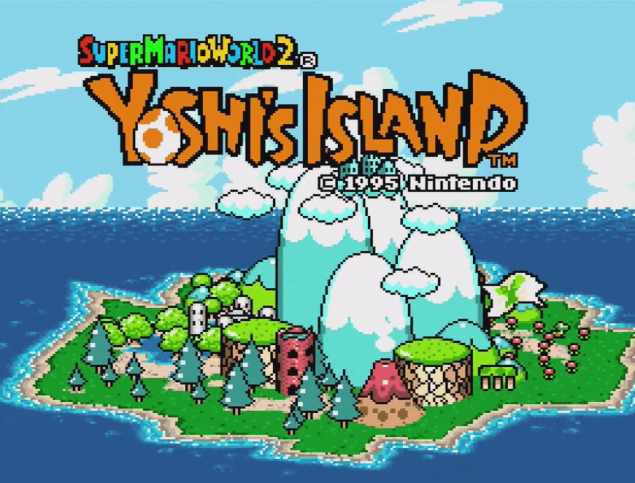 Pushing the boundaries of technology and creativity, Yoshi’s Island still earns the chef’s kiss for being as fresh and exciting as it’s always been. If anything, its bold choices of the time helped it age better than the vast majority of its contemporaries. Whether you dig up an original cartridge or fish out your SNES Classic, Yoshi’s Island is worth revisiting or crossing off your bucket list.