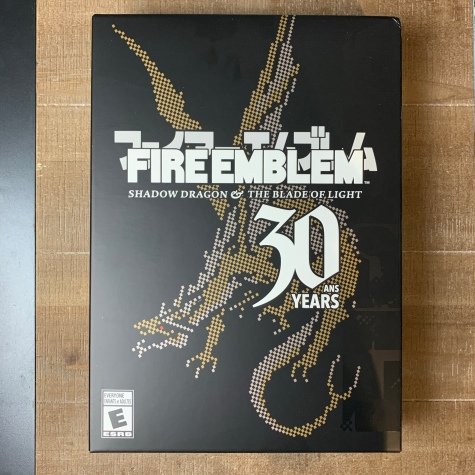 To celebrate the 30th anniversary of the Fire Emblem franchise, Nintendo released the first title in the series on the eShop: Shadow Dragon and the Blade of Light. This is a direct port of the NES game with English translations and marks the first* time it’s made it outside of Japan.

*Yes, I know that Shadow Dragon got a remake on DS, but this is the first time that the original NES version makes its international debut

This gamee is readily available on the eShop until March 31st, 2021 when the evil Nintendo overlords take the game offline. Or, you could spring for the limited physical edition, which will likely sell out long before their March 31st expiration date. Though my first order failed through Amazon, I did eventually get one through another retailer. Let’s crack this open!

Everything is contained in this nice box that measures at about 12″ x 9″ x 2″. The stock of the cardboard is a bit thicker than a traditional video game cartridge box and it features some nice glossy details. 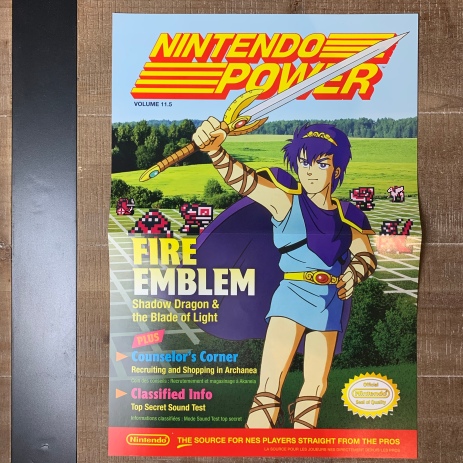 The box contains a number of goodies on the inside. One of my favourites is the Nintendo Power poster featuring classic Marth art. 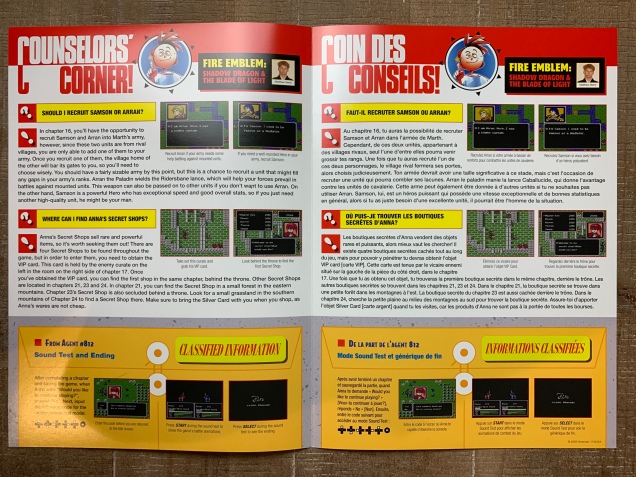 On the back of the poster is a Nintendo Power style guide. Since this is the Canadian version, it’s got English and French text. 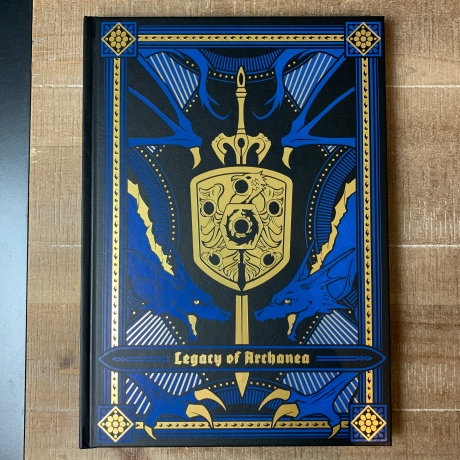 It also comes with a fantastic book. Inside Legacy of Arthanea, you’ll see art and brief story captions for every mission in both games. You’ll also get a ton of concept art that’s beautifully-presented throughout.

If this were to sell separately, I could see this being most of the cost of this set. I normally don’t collect these types of books, but I’m glad to have this one!

Going the extra mile, Nintendo presented the NES box inside an insert shaped and coloured like a tablet. Nice touch!

The actual box itself is meant to replicate what an international release of these games could have looked like. Nintendo did a great job of designing this, right down to the prominent display of the Nintendo seal of approval.

There are a few more things inside the box. One of the cards features the download code for the game. Already downloaded it to my Switch and I look forward to using this as an excuse to stop playing Slay the Spire and Hades.

Remember video game manuals? They used to be such a big part of the experience back in the day. This one reads a lot like the old ones would while also featuring a ton of art! 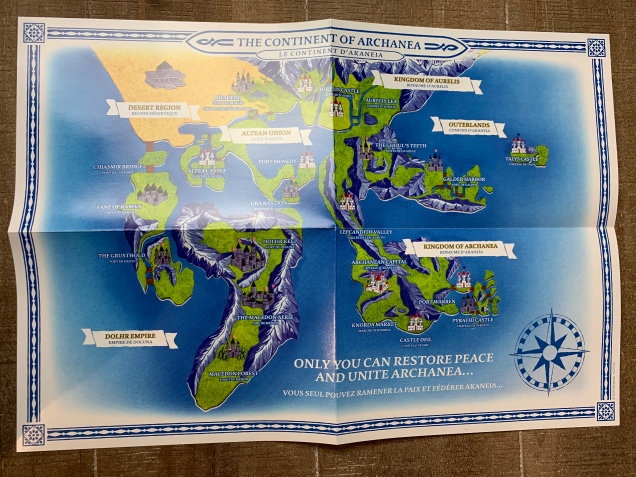 Posters were also common with NES games. This one comes with a poster featuring the world map on one side and the stats for characters on the back. 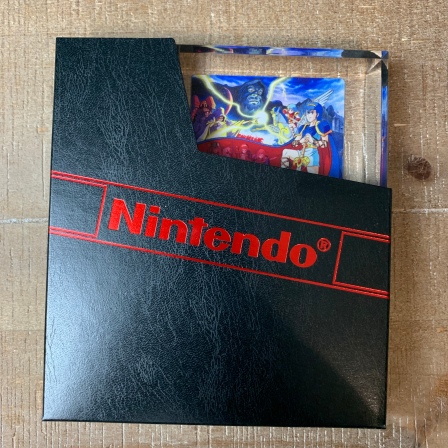 At long last, the star of the show. Contained in this set is a glass “replica” of the game in the shape of an NES cartridge! It even comes with the game sleeve!

At almost any distance, the game looks stunning. Unfortunately, upon closer inspection, the label art is actually printed in a fairly-low quality. Still great as a display piece, but I really wish this label was printed at a higher resolution.

In this closeup of the label, you can see the graininess around the logo and the character art above. Having gone to such great lengths to pull this set together, this is a disappointing detail to mess up. 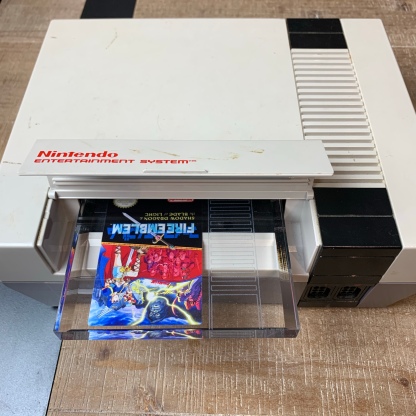 In case you’re wondering, yes, the game does fit inside an NES. However, it won’t go all the way in due to the bottom being solid glass. Don’t try and jam it all the way in or you put your NES and your collectible cartridge at risk of damage!

Messing up the label on the cartridge is disappointing. Might even be a deal-breaker for some. But taken as a whole, I’m very impressed with this limited edition set. The artbook is very nice, the posters are neat, and the glass cartridge is such a cool collectible as long as you’re not looking at it point blank. If you’re in the hunt for this set, best of luck to you!