RGB lighting might be the single biggest cliche in PC culture. But when I powered on my new PC for the first time and saw the glow of my CPU and RAM, I was in love. Since then, I’ve gotten a few more devices that support RGB, including a mouse, keyboard, and mouse pad. By happenstance, the new graphics card also has an RGB emblem, which is a nice bonus.

Seeing the lights in full bloom continues to be a treat. Unfortunately, managing them has proven to be a nightmare, especially if you want every device to glow in sync.

It has become abundantly clear that the RGB lighting scene is the wild west. There’s very little in the way of standardization. For example, some motherboards don’t provide the correct headers to allow for lights such as fans or external lights, preventing them from being able to sync everything up through software. Even if your motherboard does support ARGB, the devices you get might plug directly into your power supply and run on their own cycle.

Then there’s the software side. Since I have an Asus motherboard, it came with Asus’ Armoury Crate software, which allows me to synchronize my RGB devices. It does a great job of keeping my CPU fan, case fans, and RAM in sync. Most recently, it finally got updated to also support my Asus graphics card. However, it doesn’t recognize my Corsair keyboard.

For that, I have to go to a different program called iCUE. As soon as this program opens, it overrides Armoury Crate and takes control of my lights. This is fine when I want to manage my keyboard, but it doesn’t properly recognize my graphics card or my RAM. Adjusting the settings for the graphics card does nothing, while Corsair has said that their software can only manage Corsair-built RAM. This causes the lights on those devices to fall out-of-sync.

The messy part of iCUE is that I can’t simply turn off iCUE. In order to use the six macro buttons on the side of my keyboard as Elgato Stream Deck buttons, iCUE needs to be on. Therefore, before I stream, I have to turn on iCUE, which then breaks my lighting, close iCUE, then reset Armoury Crate so that I regain access to my macros while also lighting my PC the way I want. Also, I’m stuck with whatever pattern the keyboard was set to last, which is never in sync with the PC.

Then there’s my mouse. It’s a Redragon mouse that isn’t recognized by either Armoury Crate or iCUE. Instead, it runs off of Redragon’s proprietary software. Lastly, my RGB mouse pad has controls on the pad itself, but doesn’t even have the option to sync with the computer at all.

For those keeping score, that’s four different platforms I have to manage in order to toggle my light settings. I can technically get them all aligned to do simple stuff like show the same static colour. But anything beyond that is impossible. I’ve even tried downloading third party software that supposedly can synchronize devices across different platforms, but even those fail to read all of my devices.

Being able to control all of our RGB devices in one centralized place shouldn’t be so difficult. Some of it won’t sync due them being cheap devices that aren’t made to tie into an service like iCUE or Armoury Crate and I’m fine with that. But for everything else, this should all be standardized.

Not being able to manage my keyboard through Armoury Crate because I own a Corsair keyboard is stupid. Same goes for not being able to manage my RAM colours through iCUE because it’s not Corsair RAM. The solution to this shouldn’t force consumers to buy every single item from one particular manufacturer, especially when most of these manufacturers don’t cover the entire lineup of RGB products. Considering the popularity of RGB in the PC space, it’s insane that there still isn’t a global standard to manage this stuff.

Until that day comes, I will enjoy my RGB glow while trying my best to ignore the fact that they all don’t move in one continuous wave across all my devices. This might be the ultimate first-world problem in the world of PC-building, but it’s a problem that doesn’t have a good reason for being as bad as it is. 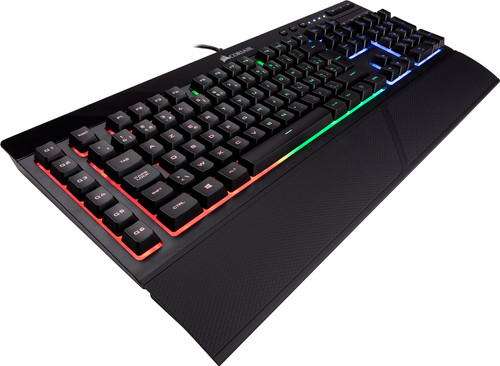 One thought on “The Frustrating Decentralization of PC RGB Lighting Management”