Does the world need another Puyo Puyo Tetris? Don’t get me wrong, I liked the original game a lot. I have an English version on Nintendo Switch and a Japanese copy on PS4.

The reason I ask is because that first game covered so much ground. Already packed with a ton of modes and a single-player campaign flush with more story than I’d ever want from a puzzle game, it doesn’t feel like there’s much room left for improvement.

Nevertheless, here we are. Does the world really need Puyo Puyo Tetris 2?

Before diving into the particulars, let’s get the easy part out of the way. Puyo Puyo Tetris 2 builds on the foundation set by its predecessor. It has all of the modes and features of the original, plus a few more things that might be true game-changers depending on how you like to play. If you’re interested in jumping in and don’t have the original, Puyo Puyo Tetris 2 is way to go.

For online warriors, the purchase is also much easier to justify thanks to the way it addresses a core problem from the first game. The original game’s fatal flaw was that it forced Puyo Puyo players and Tetris players to square off against one-another. This created a rift where players weren’t on an even plane. Thank goodness that Puyo Puyo Tetris 2 addresses this by creating separate modes for those who just want Tetris or Puyo Puyo.

Segregating matchmaking is a massive deal and will likely make this the version to play going forward. Even if the player base is filled with Tetris sharks, I’m loving the ability to play 1v1 Tetris against others online. Yes, the game still comes with a gaggle of modes, but this is where I’m going to be 99% of the time, as 1v1 Tetris is my favourite way to play.

Even with this fix, there’s still some room for improvement. Netcode stability is…okay, as long as you’re able to get opponents with a good connection. When things get dicey, the game outright freezes before letting both players continue. Since the game’s player base is pretty small, I oftentimes get matched up with players from Japan, which is incredibly far away, making these types of hitches more common than I’d like.

If online play isn’t your jam, this becomes a tougher value proposition for those who own the first game. All of the other modes from the original carry over with virtually zero change whatsoever. The only major addition is a new Adventure mode, featuring a fresh (and bloated) anime story and new levels. Thankfully, you can skip the exposition and just play the levels, which run you through a sampling of every game mode.

It’s here where the game introduces its one new mode: Skill Battle. Instead of forcing your opponent’s blocks to the top, your goal is to drain their HP meter by clearing pieces and creating combos. You also have access to power-ups that can regenerate your health, add blocks on your board to create easier combos, and other in-match benefits. Certainly a novel concept, but absolutely not the way I want to play.

Puyo Puyo Tetris 2 is undeniably a great game in its own right. You still get access to a ton of ways to play two classic puzzle games. If you have any interest in either franchise and don’t have the original, buy the sequel without question. For owners of the original, segregated matchmaking between the two games and/or the new campaign might just be enough to push existing owners over the edge.

That said, the overall jump between the two games is…minimal at best. Incremental upgrades like this were more common in the Street Fighter II Turbo days, but it feels gross for someone to pull this off in a post-online world where games can be updated at minimal cost to the consumer. If you mostly play against the CPU in the original, there’s virtually no reason to upgrade. But for online warriors, Sega is essentially holding the best feature of segregated matchmaking hostage behind a full-priced sequel. 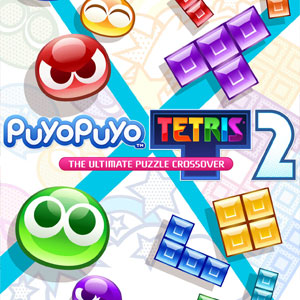