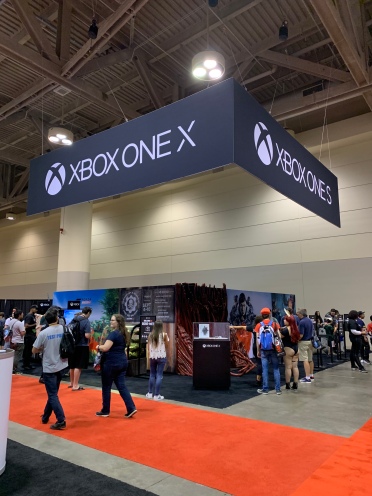 Microsoft fell from prominence in a big way during this past generation. Sitting on top of the world with the Xbox 360, their hubris tanked the Xbox One before it even hit store shelves. Players were repulsed by the higher price point, the inferior hardware specs, forced Kinect integration, and always-on DRM. I wanted to love my Xbox One like I loved my 360, but it simply didn’t deliver like I would have hoped.

Despite my disappointment, I’m willing to give Microsoft another chance if they do these four things.

END_OF_DOCUMENT_TOKEN_TO_BE_REPLACED

I’m a huge fan of the Gears of War series. The original was the game that inspired me to buy an Xbox 360, and I thoroughly enjoyed my time with its sequels. It’s built a lot of good will with me, which sort of makes it weird that I’m currently abstaining from the latest entry in the franchise.

END_OF_DOCUMENT_TOKEN_TO_BE_REPLACED

Having just wrapped up watching the E3 2011 Sony press event, I though I’d share some quick thoughts on what I saw of Sony and Microsoft’s press events. I won’t speak too much on the specifics, as other major gaming sites will do a much better job of discussing the specifics. However, I wanted to share my general opinions on what I saw today.

END_OF_DOCUMENT_TOKEN_TO_BE_REPLACED

Even though I’m a video game news junkie, the launch of the Kinect totally slipped my mind until just now. Microsoft’s entry into the motion control market are sitting on store shelves as you read this. I love buying the latest and greatest when it comes to video game stuff, but I’m sitting this launch out. Considering the fact that this product is backed by a $500 million marketing campaign, Microsoft is hoping I’m in the minority on this one.