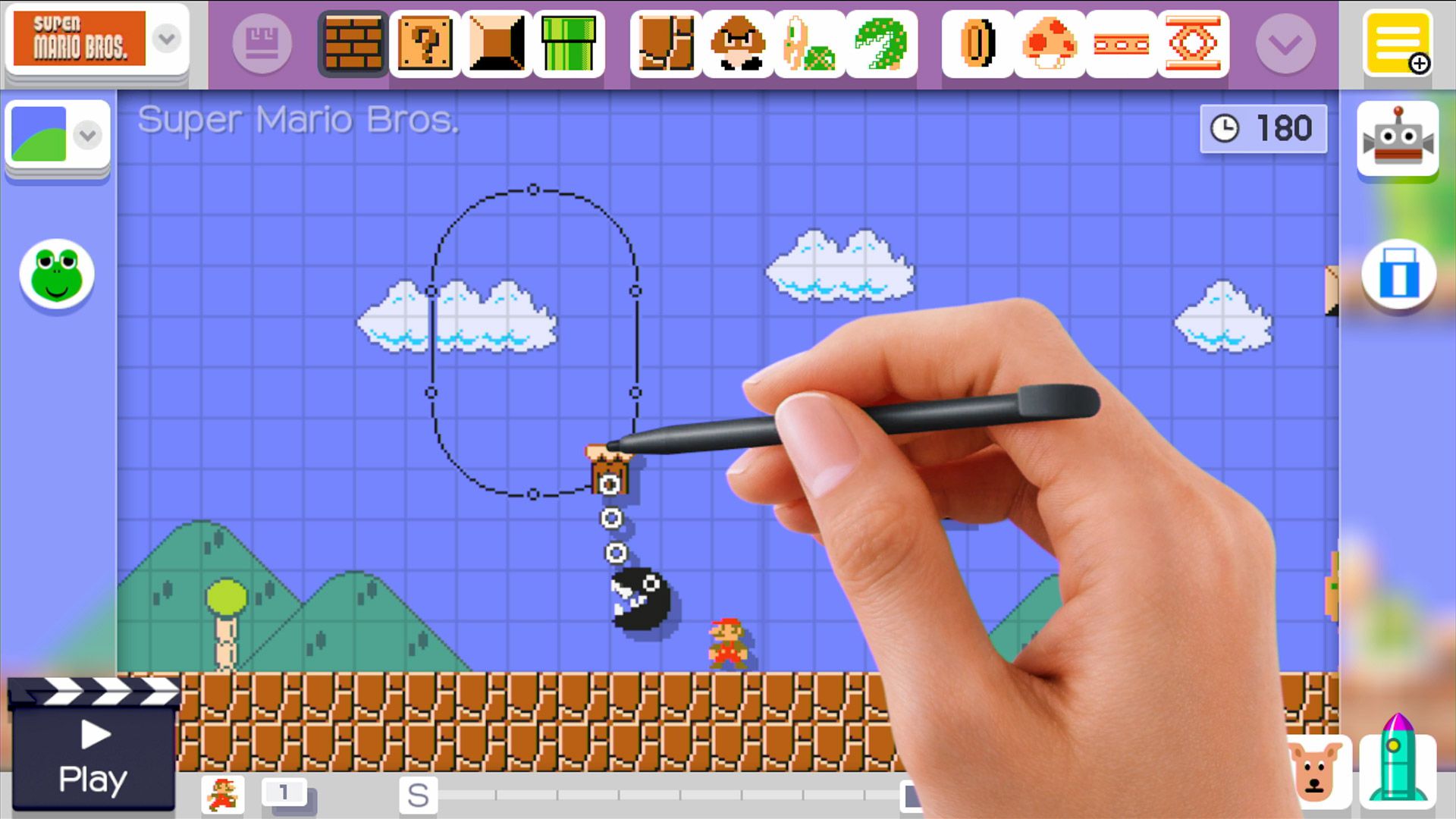 Going into Super Mario Maker, did you have a plan? A grandiose level design idea that you scribbled in a notebook as a child that been patiently waiting to burst off of the page and into the game? Can’t say I did. After completing the tutorial, I found myself at a loss. What the heck do I do now?

Playing with the original Super Mario Bros. set, I remembered one very specific thing I loved to do. As big Mario, you can run at full speed and suddenly crouch, sending you into a low-profile slide. By doing this, you can slide under a few blocks and possibly access areas that weren’t possible otherwise.

With that in mind, I labeled the file “Tight Spaces” and I started to design a level around the idea of maneuvering through tight spaces. Of course, the sliding trick was part of it, as were some other obstacles that required you to be nimble in narrow corridors. Sadly, I no longer have this early version of the level saved anywhere.

Truth be told, the level in its original form was terrible. However, as I reached the end point, I came up with something that got the gears moving in my brain. At this point, the end of the level is on a raised platform and making the jump to the top of the flagpole was rather easy. I asked myself, “But what if this jump weren’t easy? What if I took the concept of “Tight Spaces” and applied it to reaching the top of the flag pole?

Running with that train of thought, I built a straight wall covering the flag pole with one space open at the top. After playing it a few times, I really enjoyed the challenge that came with trying to run, duck, slide and jump in one continuous motion to complete the leap. So much so, that I decided to throw out everything except for this one obstacle.

During my initial tests, I noticed that the jump was considerably easier as small Mario. To counteract that, I tweaked the level so that you started out as big Mario and had no enemies to shrink you. Wanting to write the word “Jump” somewhere on the screen, since there seemed to be nothing beyond the edge, I tucked it under the runway.

One thing I toyed with was the idea of leaving the bottom of the flagpole being left open so that players who missed the jump could still beat it. After spending a bit of time contemplating that idea, I felt like I wanted to force players to make it, as anything less took away from the integrity of the concept. Then there was the matter of having a death pit in the gap or some sort of means of climbing back up and starting again. Having the death pit would dramatically lower my level’s success rate, but forcing players to climb back up and reset would take longer than sitting through a death screen. As such, I went with a true all-or-nothing approach.

The level does give players a bone. After testing the jump a series of times, I used a coin on the runway to mark where I duck to successfully make the jump. There might actually be other ways of doing it, but that was the spot that worked for me. Leaving players out there completely blind seemed to be too harsh.

That is how I made my very first Super Mario level! While it might be very short for some lucky individuals who nail it right away, I think it’s going to provide a great challenge for many. Even though I made the level, I still die in it more often than not. If you have Super Mario Maker, give “Tight Spaces” a shot with the code below!

#airhornx3! Tetris time! Come on over!
Kobe #darts #lawndarts #dart #tricks #trickshots #outdoors #summer #summertime #summerfun
🪓
Would you enjoy a pickle pizza? #food #pickles #snacks #pizza #pickle #delicious #gross #foodie
Knockout City is an awesome game and is still free to try up to level 25! Maybe this is the weekend to jump in!
Top 3 showdown!