With Street Fighter V now out in the wild, you might be in the market for a fightstick. The decision on which one to invest in is usually a tough one to make, as they’re usually expensive and hard to find. On top of all that, if you’ve never used a fightstick before, there’s a real concern that you might hate it, regardless of how good the fightstick is. Hopefully, I can make your decision a bit easier with a few tips on what to look for, what to avoid, and make some recommendations on what you could buy and be happy with today. 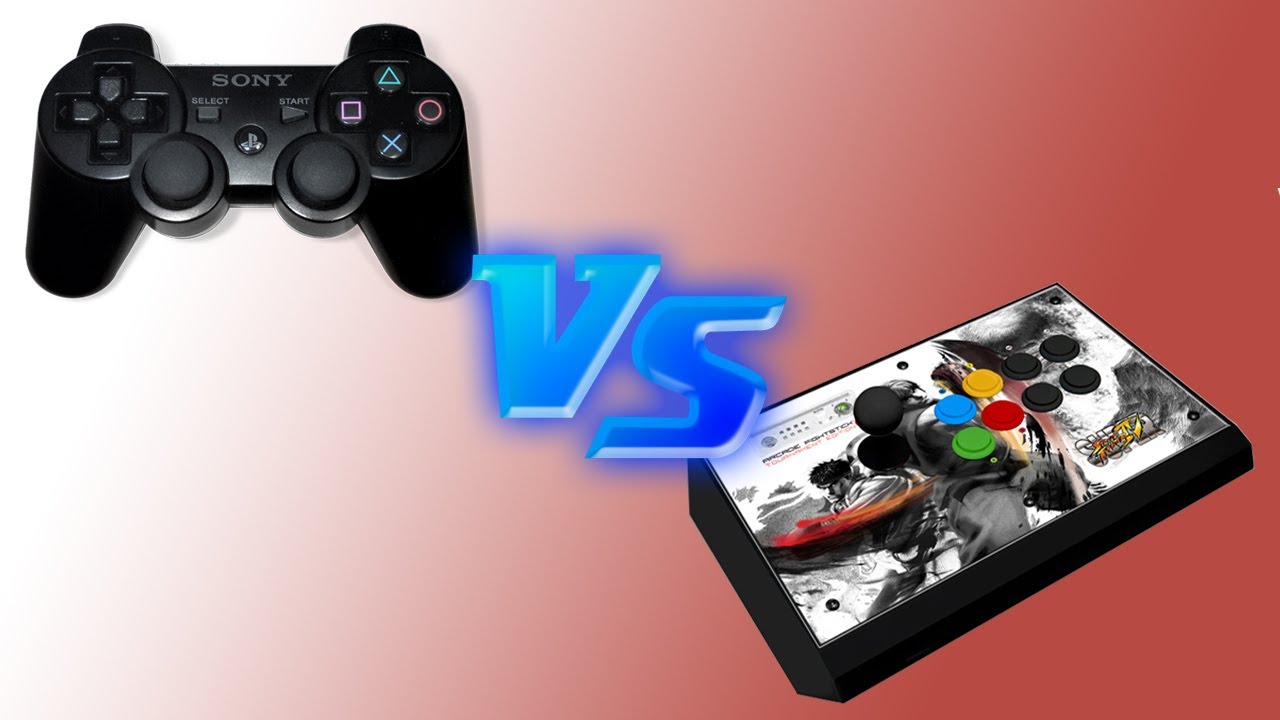 Fighstick vs. Controller: It’s a Matter of Preference

What are your motivations for buying a fighstick? Is it because you play on a controller and think that switching to a fightstick will make you a better player? If that’s your motivation, then I should chime in and say that this notion of fightsticks making you a better player isn’t necessarily true. Your choice of controller is really a matter of preference. Buying a fightstick will not make you better. Actually, using a fighstick at first will make you considerably worse for about a month until you rewire your brain to play with this specific device. At that point, you might like the feel of a stick better and keep it. Or you might hate it and throw it in a closet.

I played fighting games with regular controllers for over 15 years before I made the switch. I ultimately did so because I got frustrated with the mushy feeling that comes with d-pads, and I didn’t like having to use my fingers to hit shoulder buttons. Fightsticks are my go-to because I find them to be more comfortable to use. If you think you’re just fine with a regular controller, stick with that!

There are two distinct price points for fightsticks. High end sticks are usually $150 and up, which can be really hard to swallow for a controller you’ll use for a handful of games at most. Lower-end sticks I’ve seen on Amazon for as low as $40. If you’re going to go with a low-end fightstick to get a feel for what playing on one feels like, be aware of the pitfalls of cheap fighsticks.

For one, their small size and light weight will become problematic when its resting on your lap. Without enough weight to keep it stable, you’re going to have issues with your inputs being messed up because of the fightstick sliding around. Two, the joystick and button quality is usually sub-par. It’s hard to articulate unless you’ve used a high-end stick, but the feel of these devices pales in comparison to what you’d get out of Sanwa parts.

The biggest red flag with these entry-level options is that they’re going to break on you. I’ve owned four entry-level Hori fightsticks, and three have broken. In one case, one of the buttons started jamming up within two hours of opening the box. In the other, the joystick became so worn out that all directional inputs felt like mush. In a third, the B button started doing turbo fire all the time, even when the switch was off. Meanwhile, I’ve had my high-end sticks for years, and only one button has ever broken, which was actually really easy to fix. On cheaper hardware, they’re much harder to fix yourself.

While I won’t stop you from buying whatever you want, I personally can’t recommend the purchase of a lower-end stick. I’d much rather you buy a $150 Mad Catz TE that will last you for forever over the $40 Hori stick that broke within hours. If you still want to go with the cheaper price point, be mindful of their tendency to fall apart faster than you’d want them to.

If you have a PlayStation 3 fightstick, you’re already set! If not, you might be able to get a deal on a used PlayStation 3 fightstick versus buying a new PlayStation 4 one. Thanks to certain drivers in games, many fighting games, including Street Fighter V, support legacy fightsticks. Keep in mind though that legacy support is on a case-by-case basis. For example, Injustice: Gods Among Us does have legacy controller support, so you’re screwed on that front.

Of late, I’ve heard a lot of buzz about Brook Converters. There are many different versions, though they basically allow fightsticks to work with different platforms. I personally haven’t used them, but so far I’ve heard they work as advertised. This could be a great alternative to buying a PlayStation 4 fightstick if you already have one for the Xbox 360.

Be careful though! These converters aren’t cheap, and Sony could render these useless with one firmware update. There’s no telling how long these will work, so buyer beware.

When do fightsticks go on sale?

Generally. the best time to buy a fightstick is during a tournament. Most tournaments are sponsored by one of the major manufacturers, who usually run promotions throughout the event. On weekends, fire up a tournament stream on Twitch and keep your eyes open for a promo code that could save you a few bucks.

Mad Catz products used to be synonymous with garbage. However, they did an about face with the release of their TE line of fightsticks and have been a leader in the space ever since. I am a proud owner of three TE fighsticks, including the Killer Instinct version of the TE 2 that this Street Fighter V stick is based on. They all feature Sanwa parts and a nice solid base that isn’t going to move anywhere. This is an excellent stick that I highly recommend.

I am vocal about my distaste for Hori’s entry-level sticks, though their high-end stuff is great. I have not used the Kai version of the HRAP, but I have used an earlier models of the HRAP and it was great. The position of the Start button makes me a bit nervous, but it shouldn’t be too big of a deal once you’re comfortable with it.

I have this fighstick in a different colour. It features Sanwa parts and it’s a great size, but what sets it apart is that it works with Xbox 360, PlayStation 3 and PC out of the box. For games like Street Fighter V that support legacy controllers, this will work as well. If you want the added flexibility of being able to play on those other platforms without having to mod your stick, this is your best bet.

Even with all of this info, you’ve got a tough decision ahead to make. Still, I hope this post guides you to conclusion you’re looking for. If you have any other questions about fightsticks, feel free to ask me in the comments! Happy shopping!