The Mortal Kombat franchise has had its fair share of bumps over the course of its 20+ year existence. However, Mortal Kombat X isn’t one of them. Building off of the success of the Mortal Kombat reboot, this is the best iteration of the series to-date. This game may no longer be the new hotness, but it still has a large and active community that play it all the time. If you’re just getting off the ground, here’s a few tips to help smooth out the learning curve! 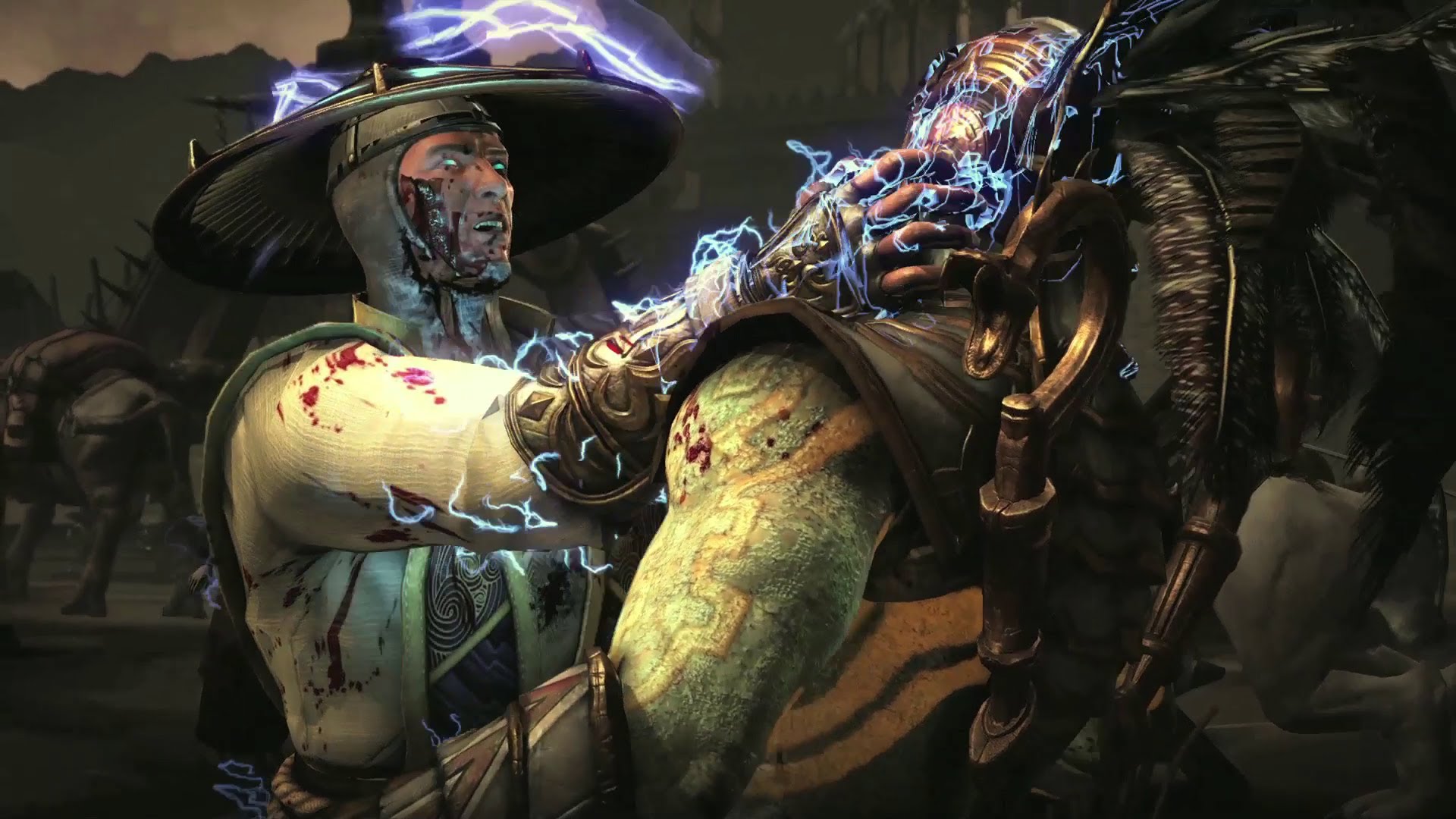 One of the mechanics that has always made Mortal Kombat unique is the block button. By holding this button down, it seems like your impervious to everything. As the person on the other end, it can be really frustrating to feel like your opponent can just hold the button down and stop all of your offense. In reality, that’s far from the case. You have a lot of tools to break someone from turtling if you know what you’re looking for. As an example, most of your combo strings feature a mix of high and low attacks. Your opponent is going to have to recognize your combo string and react quickly in order to block all of the hits.

You can also just throw them. Throwing is a key element of all fighting games, as it’s designed to break blocking. Anyone that calls you cheap for using throws is a scrub that doesn’t know any better. With a mix of high-low attacks and throws, your opponent will second guess before they mindlessly anchor down the block button.

New to Mortal Kombat is the concept of character variations. While they all share the same core, their differences can make them quite different, such as unique properties for special moves or completely different move sets. When you try out different characters, try out all of their variations as well, as you might love a particular twist on a character. Also, if you have trouble fighting against a particular opponent with your favourite character, you might be able to find the tools you need to overcome them in one your character’s variations. The more you know about the nuances of each variance, the more prepared you’ll be for battle!

Combos don’t begin and end with the predefined combo strings on the moves list. When used in tandem with other strings, special moves, normal moves and interactive object attacks, short strings can extend into brutal ballets of offensive destruction. The trick is to determine how to piece all of these tools together.

In general, strings that knock someone into the air, bounce them off a wall, or bounce them off the ground are best used at the beginning or middle of a combo. These leave your opponent in a state where you can continue the flurry. Special moves and normal moves can oftentimes be used to bridge the gap between strings. Conversely, strings, special moves, or super moves that knock foes to the ground or out of reach work best as finishers.

With this basic understanding of combo construction in mind, get creative and piece together as many different sequences as you can in training mode. Once you’ve mastered a few against the training dummy, try them out on a live opponent! 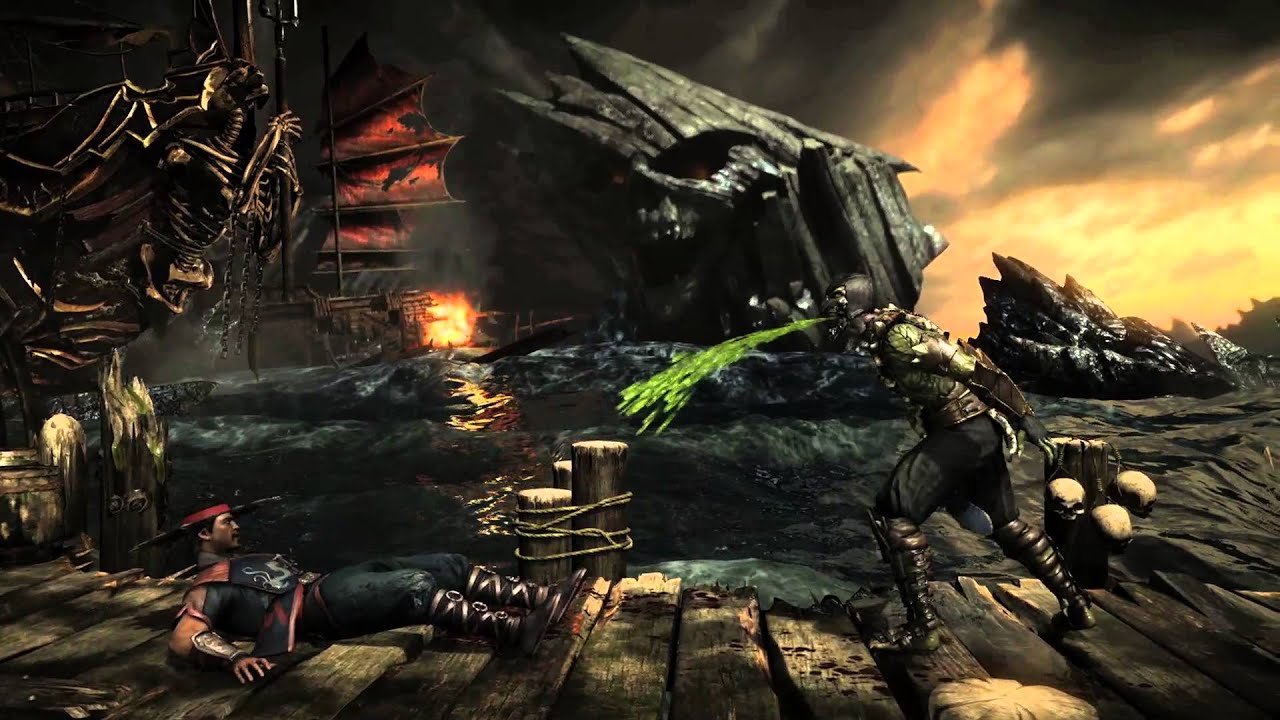 Wake me up before you go-go

Players have three different ways of getting up once they’ve been knocked down. You can press nothing and wake up normally. You can hit a button as soon as you hit the floor to roll backwards, or you can hold down on your joystick to lie down a bit longer. I have learned the hard way that you really need to mix these up. Many players have powerful mix-ups that are dependent on you waking up in certain ways. Throw them off by mixing up your wake-up timing. You might even catch an opponent whiffing on their mix-up, allowing you to punish them with a full combo.

NetherRealm Studios has carried the concept of interactive objects from Injustice into this new Mortal Kombat game. By hitting the interact button, you’ll interact with objects in the world that could give you an advantage, such as jumping out of a corner, swinging on a vine and drop kicking your foe from full screen, or even throwing an old lady in their direction. Unlike the DC superhero fighter, interactive weapons are blockable, which makes them somewhat less useful than they were in that game.

That said, interactive objects can be great in certain situations. Oftentimes, there are interactive objects in the corner that allow you to jump off of them in order to escape. There are other weapons that can give you other benefits besides damage, such as a knockdown or breathing room if your opponent is getting too aggressive. There will be cases where these background objects will prove to be very useful, so know where they all are on each stage and figure out all of the different ways they can give you an advantage. Also, don’t forget that by performing the EX version, you get one hit of armour on start-up!

X-Ray moves have a ton of advantages. Oftentimes, they’re tricky to block, as they tend to hit as overheads or low attacks. They usually feature one hit of armour. They also do a lot of damage. A raw X-Ray move does roughly 35% with just the press of the triggers.

All of that said, there are some big disadvantages to X-Ray moves, especially if you use them early. For one, if you miss, you’ve burned all of your resources for nothing. Two, there are oftentimes better things to spend your meter on, such as combo breakers. For the price of two meters, you can stop an opponent from scoring 35% damage combos off of you. Since they only cost two and X-Rays cost three, you’ll usually have enough meter to stop a combo twice, which saves you roughly 70% of your own health, versus dishing out 35% damage. Which is the better use of meter? I’d say the defensive option, as you save more health than you’ll take away. Unless you can guarantee that a successful X-Ray move will connect and end the match, you’re usually better off saving the meter for something else. 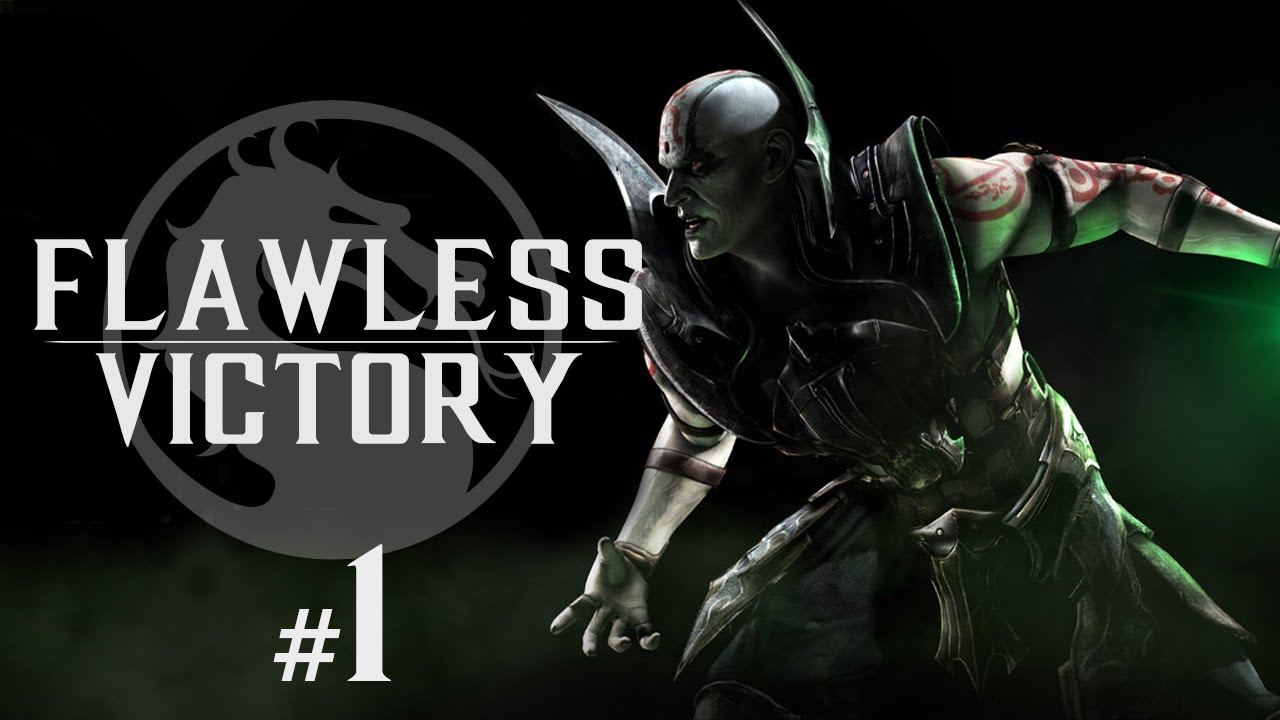 Many players enjoy playing Mortal Kombat X just for the gory attacks, but underneath the blood and guts is a stellar fighting game with a lot of depth. Becoming a worthy adversary is going to take some work, though it’s certainly possible if you train hard and train smart. These are just a few of many tips out there that can help you reach the next level, so keep growing your knowledge base!