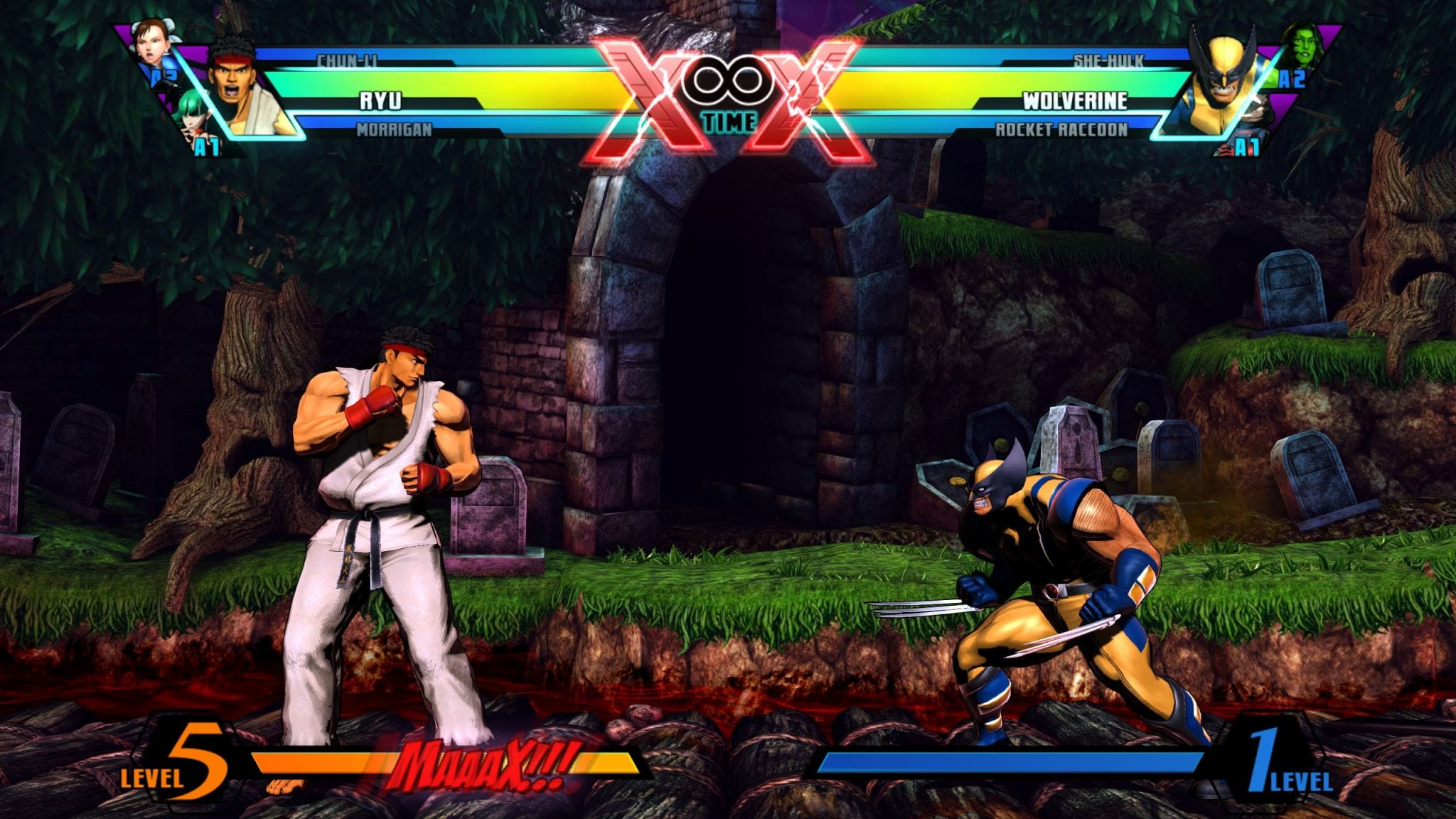 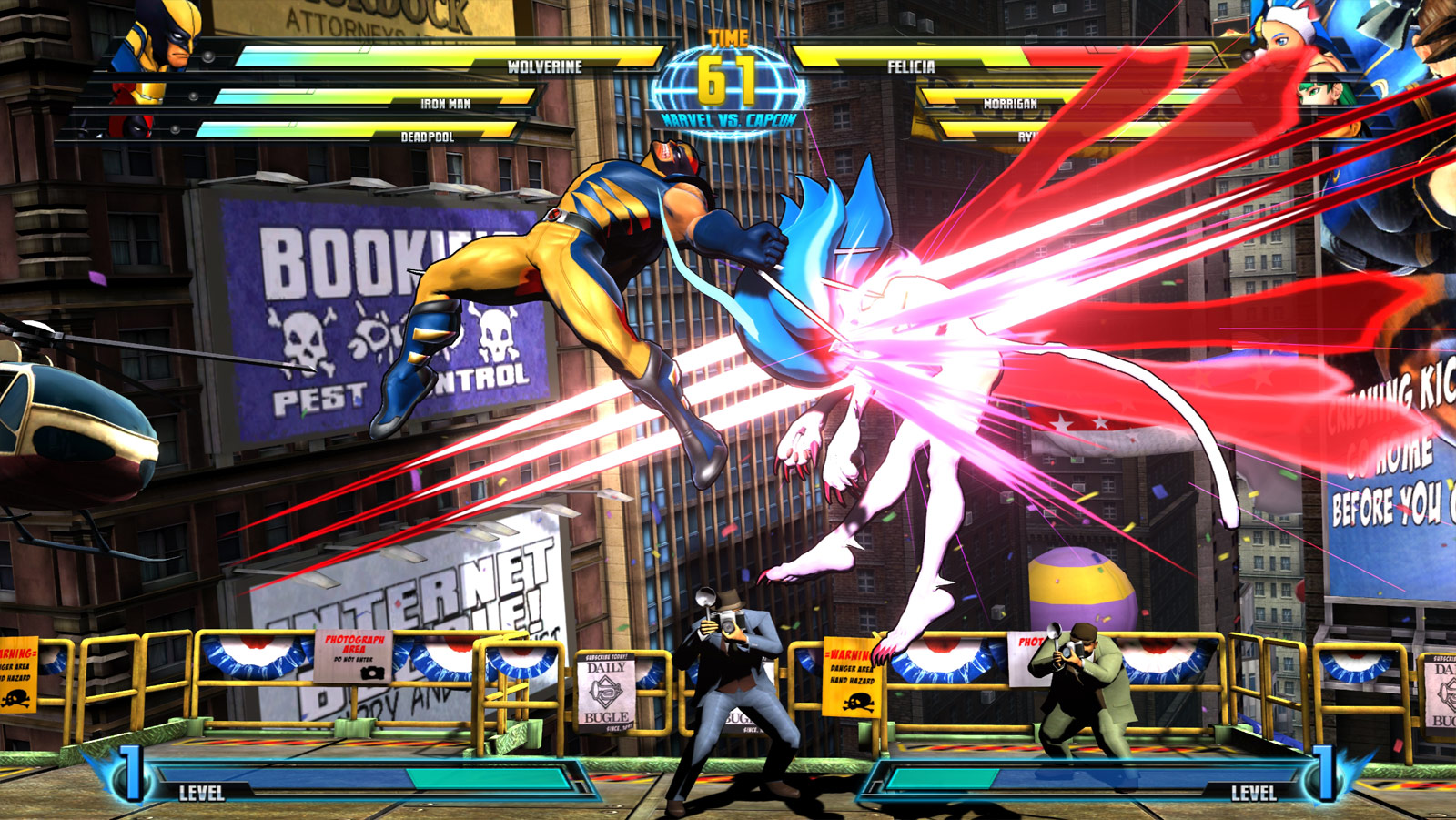 Over the course of many years, the Marvel vs. Capcom brand of tag-team combat was refined into one of the most frantic and dense fighters on the market. Beyond getting to play as a team of your favourite Marvel and Capcom characters, being able to have multiple characters on-screen at once, alongside of their insanely flashy moves and quick action made for a game that was incredibly difficult to watch, let alone play.

When Marvel vs. Capcom 3 came out in 2011, I entered with the limited fighting game ability I’d developed from a year of playing Street Fighter IV. While better prepared than I was for its predecessor in the early 2000s, this was way out of my comfort zone. For the first few days, I floundered, having no concept of how to play the game or which characters to play as.

Within the first week or so of the game’s life, I tuned into a Wednesday Night Fights and I saw the light. It was the sight of fighting game legend Justin Wong shredding his foes apart with Wolverine that turned the tables. From that point on, I began playing as Wolverine, and he became my main character for the duration of the series. To this day, I love the mutant’s super aggressive play style and ability to mix up his opposition when he’s backed with the right assists. Not long after that, I built the team of Wolverine/Storm/Sentinel, and I was off to the races.

Gaining a feel for how the game flowed, its nuances became more apparent. Understanding when and when not to call assists for help made offensive approaches or defensive stand-offs more manageable. Movement became vital, being able to move out of harm’s way proved to be much better than simply blocking attacks. What most stood out was the idea of team composition. Depending on which characters were chosen, which order they’re positioned in, and what assists are equipped, one could deduce what the goals of that team were. On top of that, as characters were knocked out of the fight, that player’s options became more limited in nature.

That strategic aspect of team composition became my favouite thing in the Marvel vs. Capcom 3 series. Once the match began, it became a matter of figuring out the most efficient way of dismantling their squad. In my head, I always envision Marvel vs. Capcom teams like the Megazord in Power Rangers or Voltron in…Voltron. As you take characters out, it’s like cutting off a limb. By prioritizing my efforts into taking out my opponent’s lead Zero, I may be doing the equivalent of taking out a leg, or even head of the team. Whatever the best path forward was, it was a blast to systematically pick other player’s teams apart while trying to keep mine intact.

The other thing that made Marvel vs. Capcom 3 so great was the fluidity of its combat. Once you were able to wrap your heard around the action, it was a beautiful ballet of characters flying in-and-out of the screen, smashing and blasting each other with insane attacks. It was probably too much for most people to grasp, or even follow as a spectator, but once you got it, it was a sight to behold.

In the grand scheme of things, I didn’t make much of a dent in the world of Marvel vs. Capcom 3. I played it in a few tournaments and even finished 25th at T12 many years ago. What I do credit the game for was well over 1,000 hours of enjoyment, plus the expansion of my fighting game mind. It was through that game where I learned how to wire my brain so that I had a bank of universal fighting game knowledge, and a bank of game-specific knowledge. I also gained a new perspective on fighting game concepts that I probably would have had a tougher time grasping from Street Fighter IV. From the ability to string together extended combo sequences, to understanding how important movement is, it opened up my eyes and mind to a deeper pool of knowledge.

Thank you, Marvel vs. Capcom 3. You brought the classic fighting game franchise into modern times in a form that I could grasp. Whether I was warring online against international competition, or getting my butt kicked in a tournament, or watching the greats play on stream, this game was marvelous. Thanks for the memories!