Just before 2018 ended, the Netflix movie Bird Box took the world by storm. Set in a world where opening your eyes while outdoors will cause you to end your own life, the people in this movie often move from one place to the next while blindfolded. This has sparked a Bird Box challenge in the real world, where people have done all sorts of stupid stuff while blindfolded. So much so, that YouTube has now banned all dangerous stunts from the platform.

The recent phenomenon of blindfolding yourself while doing an activity got me thinking. What video games could I not completely suck at while blindfolded? The list I came up with is…pretty short.

Most rhythm games give you some sort of visual guide that you play along with. However, one could memorize all of the steps and play it without the visual aid. At my peak with Rock Band, I feel like I had memorized many of the song charts and could play blindfolded. Even going into a song I knew but had never played in Rock Band before, I felt like I knew the “language” of Rock Band enough to know which combinations to press in order to trigger the desired results. I feel like a combination of repetition and memorization should get me through eventually.

This one is seems really tough. Spatial awareness can be tough, but you can gain a lot of info from sound cues. Pay close enough attention, and you can tell the differences between attacks, when attacks are blocked, when attacks are whiffed, and when they connect. Having tested this out for funsies years ago, I know I can pull off combos without having to look at the screen if I know that the first move hit simply by using the sound cues as a guide for when to press the next input. I could probably land a few good combos here and there, but I probably still couldn’t put up much of a fight against any opponent.

While we’re here, special shoutouts to blind players who continue to battle in these games. Numerous examples of blind players making it work and doing well. Kudos to you who have the determination to play no matter what! 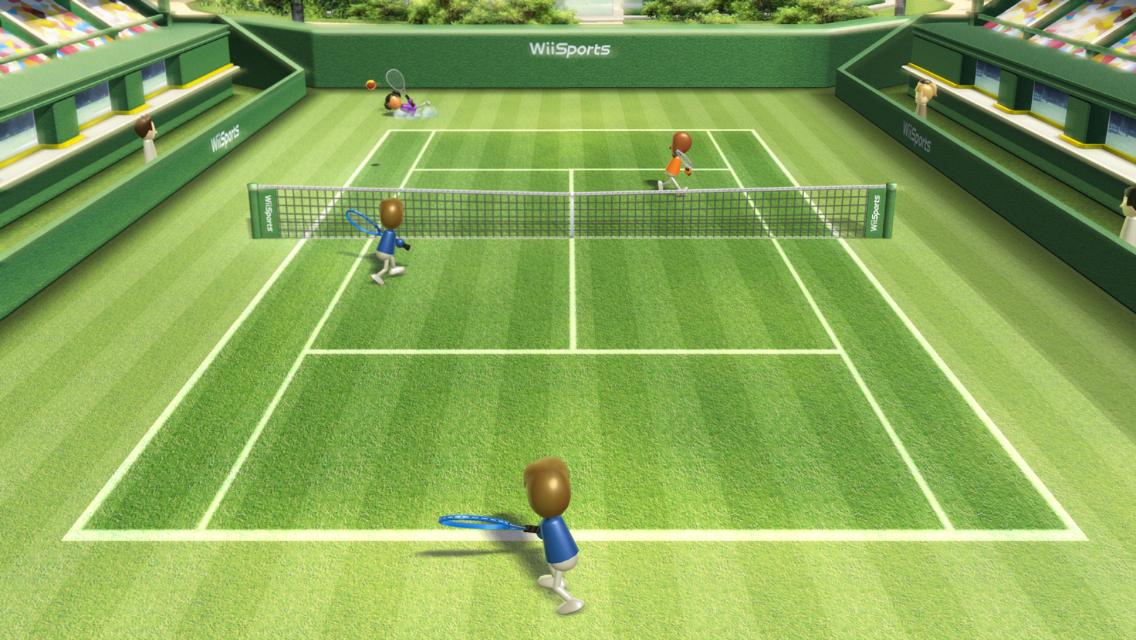 While Wii Sports seemed like the future of video games at the time, the fidelity in its controls left a lot to be desired. I could probably go a long way in Wii Tennis and Wii Boxing just by flailing. Wii Bowling might be tough, but if I could master one repetitive throwing motion, I would probably be okay.

As I said, I don’t think I would fare well in an IRL Bird Box video game challenge. Are there any games that you think you could do well at while blindfolded?

And one more time, shoutouts to all gamers who find ways to play no matter what! It’s amazing how far some will go to enjoy this hobby and I have nothing but love for those that do. I hope game companies continue to accommodate for all players any way they can!

Pretty sure this wasn’t what Nintendo had in mind, but it worked! What outside-the-box solutions have you come up with to overcome a challenge?
lofi hip hop art to relax/study to
🚨STREAM HYPE!🚨
It ain’t over til it’s over!
Shall we dance?
Another glass art painting. This time it’s Princess Peach! I can’t believe how well this turned out! 😯😍