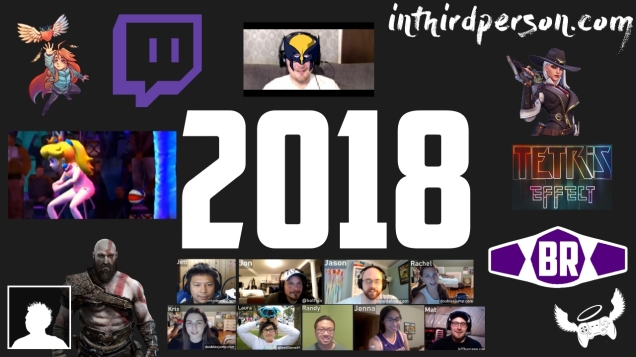 2018 was a year of growth for In Third Person. From expanding to Twitch, to ramping up my social media presence, to connecting with friends old and new, to raising money for children in need as part of Extra Life, the In Third Person experience ballooned dramatically. Coming from a place where I created and maintained the blog for the nine previous years with no ambitions of reaching an audience beyond myself, it was definitely a shock to the system.

In fact, it’s a shock that I’m still reeling from well into 2019. Despite the many successes of last year, I can’t shake this sense of unease that has taken over me when thinking about what this passion project has become. After lots of introspection and a private conversation or two with others about this dilemma, I finally think I know the root issue.

Coming to grips with the problem at hand required me to go back. Way back. Here’s an excerpt from my blog post “10 Steps to Video Game Blogging Success” that I wrote in 2012:

1) Define what success is

Before you start blogging, you should ask yourself what success means to you in terms of setting up a blog. Are you looking to start the next Kotaku? Are you looking to score a job in video games journalism? Or are you looking for a place to communicate your gaming thoughts with like-minded individuals? I think that most blogs fail at this step, because people lose sight of why they started writing in the first place and simply let it go. Whatever your aspirations for your blog are, make sure you know what those are from the outset and never forget it.

For me, I started In Third Person as a means of getting video game thoughts out of my head. None of my friends are gaming enthusiasts, I don’t feel comfortable participating on message boards and I had a lot of past experience blogging, which made this the perfect medium for me. I had no big dreams or goals in regards to gaining readers, so I didn’t let the years of roughly 10 hits per day get me down.

From the very start, my measure of success for the site was pretty simple: get my gaming thoughts out of my head. 2,000+ posts later, that hasn’t been a problem. If anything, I feel like I’ve gotten more comfortable finding my voice, making it easier to write from a very personal perspective, regardless of how niche of an audience the work may appeal to. In 2018, entering the world of streaming created a lot of interesting new topics to write about.

Despite having no ambitions for generating pageviews, fame, networking with like-minded creators, or making money, all of those happened to me in some form as an added bonus. While I’m a long ways away from hitting Kotaku levels of traffic, it’s mind-boggling to me to see the amount of times this site has been visited. It’s more than I ever could have imagined and I’m forever grateful to you for that. 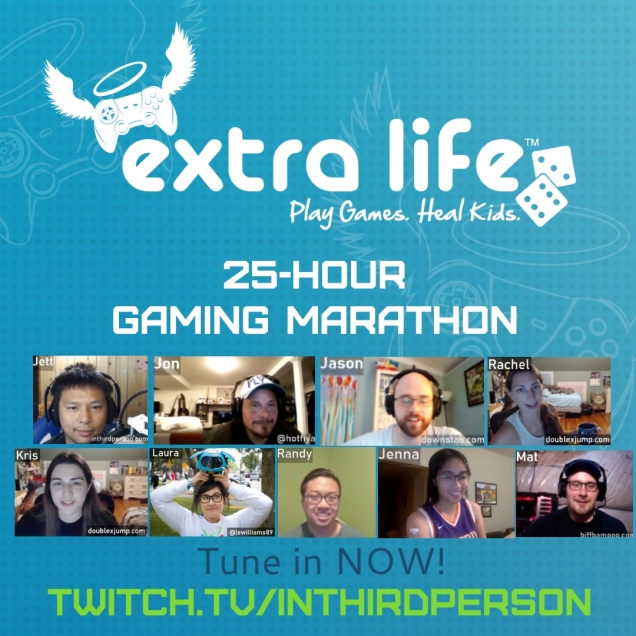 Though I’ve historically approached content creation as a very personal hobby, I’ve been blessed to have made some real friendships along the way. Will always be thankful for my time with Jim and the Splitkick crew. It was my first time working outside of my bubble while having an editing team push me to make my best work.

Forever grateful that a year-long game of comment tag on our respective blogs brought Jason and I together. Having Mat and Jon back in my life years after parting ways from college has been a blessing. Even when we’re not doing Boss Rush, we all talk with each other every day. Didn’t even know Kris and Rachel from Double Jump at the start of 2018, but they’ve been great friends and allies ever since.

Things with the website are great. I might set an incredibly low bar for myself, but I’ve surpassed it many times over in the last decade. If I continue down the path I always have by making the content that I can’t contain my mind and heart, I’m going to be alright.

If that’s all great, then what’s the problem?

The issue mainly lies within the In Third Person “expanded universe”.

It all started with a desire to create video content. Video has become an integral medium for content creation, especially in the world of video games. Video games are a hobby built around looking at a screen, so video content is a natural extension of that. I knew I wanted to be in that space, but I didn’t have a plan for what venturing into the world of video actually meant, how to make video happen, or what I’d actually want to get out of creating video.

Instead of thinking that through, I fixated on the technical aspects of video creation. My old laptop did not have the specs to do it right, but I tried making let’s play videos anyway. Then I got hoodwinked by Facebook during one of my first streaming tests, causing me to believe that this would be my permanent streaming home.

Don’t stream on Facebook. As soon as the Facebook algorithm realized they couldn’t sell me on media, my traffic fell off a cliff. Even at its peak, I generated hundreds of concurrent live viewers, but failed to generate any followers or even chat messages. My numbers may be considerably lower on Twitch, but I also get a lot more real engagement out of it with those who genuinely care to hang out with me.

Once I finally got a computer that was capable of of streaming, my focus shifted to making that stream function. With the amount of times that stuff has broken on my stream, it’s no surprise that this process took almost the whole year to sort out.

At some point in 2018, I also came to the conclusion that it was finally time for me to enter the world of social media. I dove in head-first, experimenting with a number of different post types to see what was effective in driving traffic to one of my web properties, while trying to find content that was fun to make.

On top of the daily grind of writing content for the site, I put a lot more work on my plate by trying to learn how to do all of these new jobs from scratch. The process really wore me down. Every aspect of the video-creation experience is time-consuming while also having a steep learning curve to it. All of this additional work gave me a lot of headaches and I lost plenty of sleep.

Despite the stress, there’s a lot to celebrate. Being on stream is always fun, whether I’m playing a game alone, playing with others, or hosting Boss Rush. Met a lot of new people through the stream, some of whom have followed my channel and watch regularly. One of my videos ended up on Kotaku last year. Looking at the numbers now, I’m actually a bit taken aback at how much people watched me in 2018. Best of all, this streaming platform was used to raise money for Extra Life, which helped make the world a better place and we all had an amazing time doing it. That in itself should justify everything I’ve done with video so far.

Yet for some reason, it doesn’t feel like enough? I still stress about how well this video and social work is performing, but why? Exactly what is enough? This is where it becomes a “me” problem. What was the plan? What was my goal? Is it viewers? Money? Fame? Build a Ninja-sized audience? Turn this into my full-time job? Being creatively free? Regardless of what my objectives are, having objectives in the first place would make it much easier to focus my efforts. My blog plan was short and simple, but it was the direction I needed at the time to keep me motivated.

I don’t have those goals or that roadmap for my video and social content. And it has become readily apparent that for my own sanity, I really need one.

This isn’t going to be solved today. Probably not tomorrow. Hopefully in the weeks and months to come, but I may not figure it out by then, either. What’s important for me to do now is understand that I can’t keep making things solely to see if I can make them. I’m past that. I know I can make videos. I know I can stream. I know I can manage a social media account. Now I need to set some goals, commit them in writing, and make a concerted effort to achieve them instead of beating myself up without having a clearly-defined reason for doing so.

I know this post was a real downer, but it’s not all doom and gloom. This journey has been incredible and I’m thankful for everything it’s brought me. Even the stress that I create within myself trying to figure out what to make of all this. I’m not going anywhere but up. Gonna work on my struggles in the background, but thank you again for being with me through everything!

8 thoughts on “10 Years of In Third Person: Growing Pains”

I can’t stop staring at the Dark Samus Amiibo! 🎮 😍 #toys #toystolife #amiibo #nintendo #gamecube #retrogaming #samus #darksamus #metroid #metroidprime
‪#airhornx3! Better late than never? Time to finally give The Witcher 3 an honest try!‬ - ‪twitch.tv/inthirdperson‬ 🎮 🗡 ‪#twitch #livestream #witcher #witcher3 #ps4 #xboxone #netflix‬
‪Champ or chump? I test my my modern Tetris skills against classic Tetris on the NES!‬ Head over to my YouTube channel and check out the full video! - (link in bio) 🎮 🎮 ‪#youtube #tetris #classictetris #nes #nintendo #tetris99‬
‪Future CTWC Classic Tetris World Champion? In tomorrow’s video, I pit my modern skills against classic Tetris! Subscribe to the channel and hit the bell so you can get the video ASAP!‬ - ‪youtube.com/inthirdperson‬ (link in bio) - ‪#tetris #youtube #ctwc #classic #nintendo #nes #retro #retrogaming‬
‪What Wii U games are you still waiting for to get ported onto the Switch? I make an attempt at predicting one that could arrive this year!‬ Bookmark this for later when I’m proven right 😉 ‪🎮‬ ‪🤔‬ ‪#videogames #games #nintendo #wiiu #supermario #supermario3dworld‬
An up close and personal look at the new Dark Samus Amiibo! 🎮 😍 #amiibo #toys #nintendo #samus #darksamus #slowmotion #slomo