The hero shooter is built on the idea of character individuality. Instead of customizing a default avatar, you play as pre-defined characters with vastly different abilities compared to everyone else. They have distinct looks, body types, primary weapons, and abilities. You trade off customization in exchange for a roster of characters that are wildly different from one another.

In Call of Duty, I can carry a shotgun for in-close encounters and a sniper rifle for distance. In Overwatch, Wrecking Ball is stuck with the same double machine guns. However, he gets the distinct ability of fighting like a wrecking ball, bowling over enemies or crushing them with his pile driver. All of the characters bring with them a clearly-defined set of strengths and weaknesses.

The differences aren’t just gun-related. Torbjorn is short, making him harder to hit. That being said, he has a really big head, making him easier to take down with a critical strike. Hanzo can climb walls in order to quickly get to advantageous sniping points. Mercy can revive a fallen allies. Sombra can hack into her enemies, temporarily disabling the use of their abilities. Having these dramatic types of differentiators between each character really adds to the feeling of controlling a specific character and making the most of what they have and don’t have. 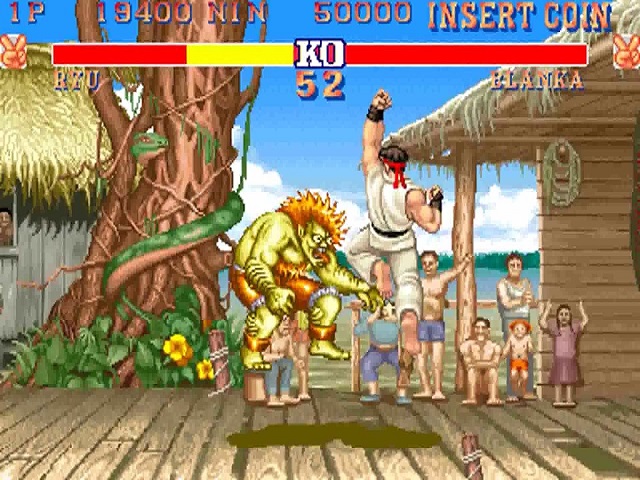 If you think about it, Street Fighter and other fighting games have been operating under the same formula for almost their entire existence. Every character has a unique name, body type, personality, and moves. Guile is a defensive wizard who excels at keeping his opponents at bay. Zangief doesn’t have access to a projectile, but if he gets in close, you’re eating a spinning piledriver every time. Blanka wants to confuse you with his acrobatic movement and spinning ball attacks. But each character also has specific weaknesses they must overcome in the heat of battle.

Having acclimated to this formula through my lifelong love of fighting games, it’s no wonder that the character framework in Overwatch aligns so well with my tastes. Even if the genre is different, I could quickly draw the parallels between the two. Your default shot in Overwatch is the equivalent of a normal attack in Street Fighter. Your character’s special abilities are the same as special moves. And your ultimate is essentially you’re super move. It doesn’t frustrate me that Hanzo is ill-equipped to take out Tracer, because I understand it’s all part of the game’s overall balance. Overwatch is a team-based game, but I can also draw parallels between the dynamics of Blizzard’s shooter and the Marvel vs. Capcom series. Mostly played in a 3v3 format, each character on that team brings something unique to their combat mix. On my team of Wolverine/Storm/Sentinel, Logan would fight up close, Storm would fight from distance, and Sentinel’s drone assist would amplify their strengths by controlling the horizontal space. Playing against me, the key was to defeat Sentinel first. By removing him from the equation, the other two characters become considerably weaker.

Overwatch has even more layers to its team dynamics due to larger team sizes, different maps, and different objectives. On a payload map, Reinhardt’s shield may go a long way to protecting the team while pushing the payload forward. However, taking him out would make the rest of the team vulnerable, and therefore much easier to dispatch of. Maybe in the moment, In a scenario where Reinhardt is getting a steady health boost from Mercy, it’s actually more beneficial to take the angel down before knocking out the brute. The list goes on with all of the different nuances that come into play as the action unfolds.

Blizzard’s hero shooter clicks so well with me compared to other shooters on the market because they have a lot in common with an entirely different genre of game I love. Didn’t think that this was the trick to get me invested in shooters,  but it’s certainly worked. I know the world has largely moved onto battle royale style shooters, but I’m all for trying more of the hero variety!