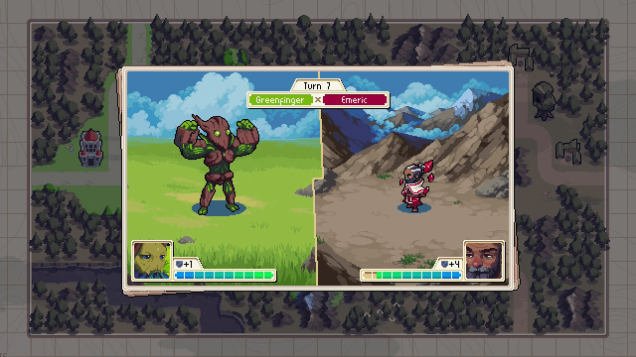 [NOTE: Based on backlog and life circumstances, I don’t think I’m going to finish the Wargroove campaign any time soon. As such, this is an impressions piece based on my time with it instead of a formal review.]

“If you want a new Advance Wars so much, why don’t you make it yourself?”
– Nintendo, probably

With Nintendo’s military strategy game still on ice a decade after we last saw it, Chucklefish steps up to this hypothetical challenge with Wargroove. Take the Advance Wars gameplay, set it in a Fire Emblem like medieval setting, and watch the profits roll in. But does it offer anything more than just a repackaging of tried-and-true ideas?

Wargroove is a turn-based strategy game where players take on the role of a commander in the midst of medieval warfare. Managing a group of knights, paladins, artillery, and more, you’ll maneuver them across the battlefield, picking the right times to strike and defend. Along the way, it’s in your best interest to secure nearby cities for extra income, while also taking over barracks in order to build new units to replace the ones that will inevitably fall in battle. All of these actions are in service of winning the fight, which is done by either taking over the enemy stronghold, or by defeating the enemy commander in direct combat. But if the enemy gets to you first, it’s game over.

If you’ve played Advance Wars before, you should feel very much at home here. Chucklefish has gone to great lengths to mirror what made Advance Wars great, right down parallel units between the two games having similar damage outputs when they collide in battle. If some of its key differences weren’t called out in the game’s campaign mode, it would be easy to miss some of the key mechanical improvements and differences between the two titles.

One way in which the two differ is that Wargroove has added a critical hit system. By completing unit-specific criteria, your units can hit harder than usual. Pikemen for example can land critical hits if they’re fighting beside other pikemen. Archers can fire on the move, but they do even more damage if they fire while standing still. Having that options gives you more ways of approaching every encounter. 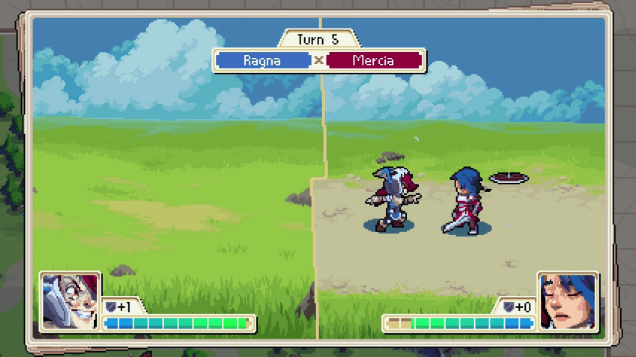 My personal favourite addition to the formula is the inclusion of commanders as hero units. In Advance Wars, you never actually saw your commander outside of cutscenes or their portraits while in battle. With Wargroove, they appear as powerful hero units that fight alongside common soldiers. I like seeing them on the battlefield, as it gives me someone to latch onto. It’s hard to get emotionally invested in waves of friendly units that can get destroyed as quickly as I can make them, so having that name, face, and story context for their presence adds emotional weight to the battle.

Not only do commanders get boosted base stats, but they also gain access to Grooves, which are essentially Ultimate attacks or abilities that activate over the course of a match. These Grooves can dramatically shift the course of battle when used properly, as some of the effects they can trigger include healing a group of units, granting nearby units an extra move, or obstructing pathways with debris depending on which commander you’re using. In one memorable moment, I was able to use Greenfinger’s Wild Growth Groove to plant vines on the battlefield, blocking the opposing commander from getting to me. After that move, it was an easy stroll to their base and to victory. 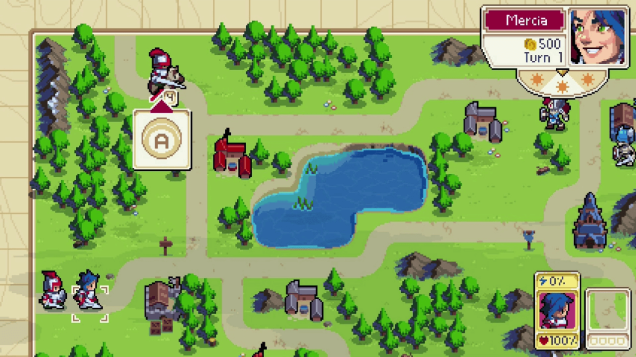 As powerful as commanders can be, they’re not invincible. They can be taken down by enemy forces with a focused attack. Worse yet, having your commander fall in battle will immediately cause you to lose the game. I’ve lost multiple matches an hour in because I overextended my reach with my commander. It’s frustrating, but that was ultimately my mistake.

One may think to just leave them back at headquarters to be safe, but then you’re missing out on their beastly attack power and Ultimate ability. You’ve got to find the balance of leveraging their strengths while keeping them out of the line of fire. This also means that the end of a match is only as far as the distance between you and your enemy’s commander. Even though I think battles in this game generally take too long, having the bullseye somewhat nearby always opens the door for someone to end the match in the next move or two. 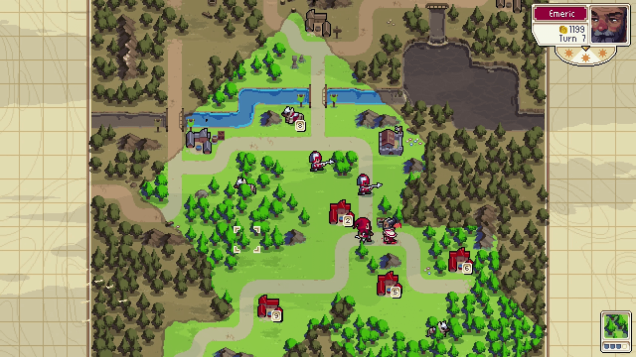 There are a number of modes to wage war on, but your journey will probably start with the campaign. Besides giving you a story to work through, it also acts as a tutorial for the game’s units and systems. It will hold your hand a bit, but I was caught off guard by how much of a challenge it can be even early on. The computer is no slouch, and not understanding how to position my commanders on the field led to some tough losses. I enjoyed the challenge, along with the side missions that unlock the commanders for use in the game’s arcade mode.

As an alternative to the story-driven campaign with levels that tend to drag, the arcade mode is a welcome addition to its suite of features. Taking on the role of a commander, you’ll play through a five-mission arc that works a lot better for this style of game. Thankfully, the levels are randomly-generated as well, giving you a great incentive to play long after the main story is over.

You can also try your hand at multiplayer. Of course, you can play locally. But you also have the benefits of online play. Against random players, you can take part in real-time online matches, though you might have a tough time playing through a full match by virtue of the game’s matches taking long and the likelihood of people dropping off before the game is over. With friends, you can play asymmetrical multiplayer, which is much easier to work around real life. It may take you forever to finish a match this way, but it’s great to have the option. 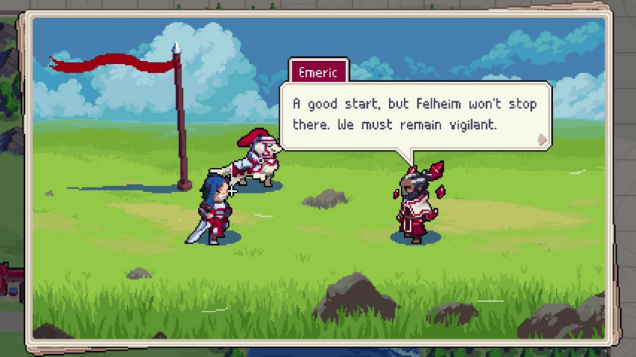 Wargroove largely succeeds in delivering an Advance Wars like experience that players have been clamoring for. Going beyond a copy/paste job, the adjustments it makes to the package in terms of gameplay and feature set go a step above. The addition of online features such as online play and the trading of custom maps will give the game legs that far exceed any entry in Nintendo’s wartime strategy franchise.

Granted, it also takes with it some inherent challenges to the formula. Fights run longer than I’d like, and the inclusion of hero units isn’t quite enough to build the emotional connection that contemporaries like Fire Emblem can engender thanks to its RPG elements. Nonetheless, if you want a modern Advance Wars, this seems to be as close to it as you’re going to get.