Over the weekend, Steff and I attended the Game X convention. Taking place just west of Toronto in a hotel ballroom, it was the first convention I’ve been to that was dedicated solely to video games. Let me give you a peek at what you missed!

The ads for the event claimed there were 70+ vendors in attendance. I can’t say for certain, but there were no shortage of vendors selling seemingly everything. Saw multiple copies of the rare-and-highly-sought-after Mega Man X3. Even saw someone buy a loose copy of it for $200. A handful of booths had Japanese versions of games for sale. The highlight for me though was seeing a complete set of Virtual Boy games on sale for an eye-popping $3,000!

The majority of the show was about shopping. With many collectors and other gaming enthusiasts in the house, I probably sifted through over 1,000 games, looking for just the right additions to my collection. If I had more money, I would have come away with much more!

There were a few opportunities to play games as well. The show was hosting tournaments for Super Smash Bros. Melee and Mario Kart 64, but opted not to on this day. At the back of the room was a free play area with games and consoles of all sorts. Around the corner, they were hosting a few panels as well.

I ended up buying three games. Wave Race 64 has been on my bucket list for ages. Loved it on the Nintendo 64 and never owned a physical copy of it. 1080 Snowboarding is a game I’ve never played before, but looking forward to crossing that off my bucket list soon! Finally, I grabbed a copy of WWF Wrestlemania 2000. Gave away my copy to a friend years ago when No Mercy came out, but in hindsight, I wanted to have the full set of AKI wrestling games to commemorate that era.

Glad to have been a part of Game X 3.0! Looking forward to attending the next one! 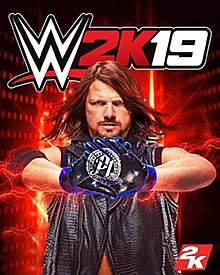