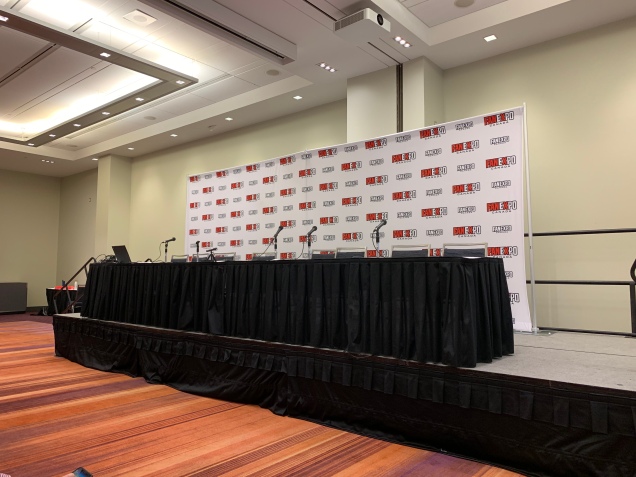 Convention Week comes to a close with some ideas for panels I’d like to host someday. Hope you’ve enjoyed this series of posts!

As of now, being famous enough to warrant a spot on a convention panel isn’t a goal of mine. Writing and streaming is something I do as a passion project. But if this journey somehow took me up on stage in front of an audience, here are some things I’d be interested in discussing!

Why blog in modern times?

In an era where video is king and podcasts continue to grow, why would one decide to write a blog instead? As someone whose been doing this now for over a decade, it would be great to discuss the merits of blogging. For anyone who wants to write but is concerned about being overlooked by other mediums, this would be the panel for you.

Blogging and Beyond: Taking Your Writing Talents to Different Mediums

Probably co-hosted with Hannie from The Hannie Corner as an extension of our excellent collaboration post from a while back, it would be great to assemble a panel of bloggers whose creative ventures have taken them beyond the bounds of writing. There’s so much to discuss here, from our motivations for trying different mediums, to the challenges we faced along the way, to all of the ways in which our writing backgrounds have helped us. It would be an amazing opportunity for us to inspire bloggers to diversify their output.

Video Gamers Guide to Board Games

As someone who grew up playing video games, I carried a misconception that board games were only for kids. If you haven’t noticed, tabletop gaming has been in the midst of an ongoing renaissance as designers are cranking out excellent board games for players of all ages and skill levels. Having now swam in the board game pool for a few years, I’d love to host a panel where we discuss the best board games that could ease video game players into the hobby.

I suck at fighting games. Now what?

For many, fighting games seem impossible. You beat the computer a few times, but then lose literally every match online against a human opponent. Are you destined to be a scrub forever? No! As someone who started from the bottom and got high enough to finish as a WorldGaming Street Fighter V national championship finalist, it would be amazing to lend whatever expertise I had in providing struggling players with just enough knowledge to get over that initial hump.

Streaming for Newbies by a Newbie

Streaming has been arguably the most difficult creative endeavour I’ve ever partaken in. Though I have a long way to go, there’s probably a few nuggets of knowledge that I and a panel of fellow streaming newbies could offer to others looking to join the action. Would be open to answer anything about the streaming process an aspiring streamer may have.

The Boss Rush game show is such a joy to make and present. It would be amazing to run one in front of a live audience! Not sure what game we would play, but I’d want it to be something that was easy for everyone to play along with. Hrm…

Odds are, I’ll never get the opportunity to run these on a stage in front of an audience. However, it’s possible to run all of this on stream. Would just be a matter of calling people up and making things happen. Would you be interested in seeing one of these panels brought to life in some form? If you had the opportunity to host or partake in a panel of your choice, what would it be?