Streaming for the past few years has taught me that it’s basically impossible for one to be a natural streamer. Being good at it requires one to possess skills in a myriad of otherwise-disparate disciplines, from video production, audio production, public speaking, marketing, and more. Furthermore, there’s a bunch of weird skills that you’re not going to develop until you go live. Heck, the actual part where you play video games is but a small part of the discipline.

Because of this, making mistakes is inevitable. Lord knows I’ve made many. It might be embarrassing in the moment, but what’s important are the lessons learned from those experiences and how you recover going forward. Here’s are just a fraction of the mistakes I made and how you can address them faster than I did.

When I started streaming, I did not go into it with an expectation that I would become an overnight sensation. That’s a good thing. Quitting a day job and committing fully to building a streaming empire from the ground up is one of the worst mistakes an aspiring streamer can make, as it can very quickly lead to personal and financial ruin when the big break never comes. You probably shouldn’t quit your day job to stream unless your stream is already pulling in enough revenue to compensate for you losing your day day job.

That said, I never imagined it being so difficult to build an audience. Before I began, I thought that I could just show up and get at least one person to watch me. Instead, I went the entirety of 2017 without anyone giving me a chance. It’s really demoralizing (and surprisingly common) how long one can go without attracting a single viewer.

The reality is that building an audience on Twitch, Mixer, YouTube, or any streaming platform is incredibly difficult. For anyone interested in watching a video game stream, they have millions of choices at their disposal. Why should they choose you?

Being able to answer that question is key to your success as a streamer, but you’re not going to have that answer on day one. It’s going to take time and a lot of practice to find your groove. Instead, keep your viewership expectations low and save yourself from the unnecessary pain.

Streaming to zero viewers might be your norm in the immediate term, and that’s fine. Sort out your technical issues, get acquainted with the streaming ecosystem as a whole, and start to find your groove for what you want to do with your stream. Once you have a foundation, then you can start dedicating more time and effort towards building an audience. 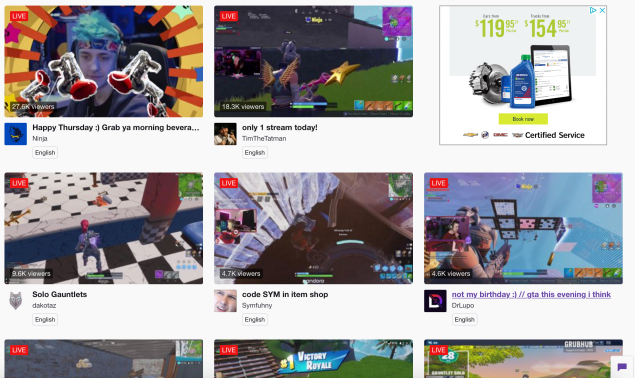 2. Relying on viewers to find me

Part of my viewership issues early on came from the fact that I wasn’t promoting the stream. For whatever reason, I thought that the platforms I was streaming on would do enough to surface my stream for others to find. That’s a massive mistake. On Twitch, it’s really easy to get buried in a game directory to the point where it’s literally impossible for the average person to scroll through the results and find your Fortnite stream. On Facebook, I was at the mercy of its algorithm, as Facebook can pick-and-choose who they present your broadcast to. On YouTube, I still have no idea how to find a live stream. When I didn’t take control of it, no one found me.

If you want viewers to come to your stream, you have to take initiative. Promote your stream through social media. Make positive contributions to Discord communities. Network with other streamers. Make content on more searchable platforms that double as ads for your stream. You might even have to be strategic about the games you’re playing so that you can get higher placement in the Twitch game directory. However you choose to go about it, marketing your stream is a crucial aspect of growing an audience.

I work a full-time job and have an active social life. Finding the time to stream is incredibly difficult. Feeling like I needed to get in as many reps as possible, I would stream all of my gaming sessions whenever they arose. It was incredibly convenient for me, but a nightmare for anyone that was interested in following me.

Having a schedule and sticking to it is incredibly important. If potential viewers know when your show is happening ahead of time, they’ll be more likely to follow through. If you can do spur-of-the-moment bonus streams on top of your regular schedule, that’s great. But ideally, you have the same schedule every week so that you can create that routine for everyone involved.

If you can’t use the same time slots every week, let your viewers know in advance. I post the schedule at the beginning of every week, giving everyone at least a few days notice before my next show. Do what you can to make these posts stand out so that the schedule itself serves as engaging content too! 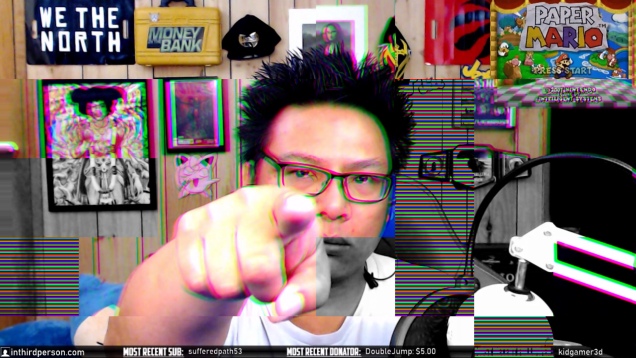 There was a stretch of time when my stream was suffering from frame rate issues. However, the issue only arose only when my channel was live. As such, there were sessions where I would go live 10-12 times in a row, tweaking my settings between each launch.

When you go live, you want to present your best foot forward every time. If there are things you need to test, set up a burner account that only you know. With that, you can go live as many times as you need to ensure that everything is working as intended.

5. Leaning heavily on my game selection as my primary selling point

Before I started streaming, I created Let’s Play videos for the site and my YouTube channel. My goal at the time was to capture footage of as many games as possible. I thought I was offering a compelling service by giving gamers a look at everything I was playing at the time, as well as a glimpse at some older titles in my collection.

It took me a long time to realize my approach to showcasing games wasn’t that compelling of an offer. Viewers could go to any other streamer or VOD if all they wanted to do was see these games in action. Maybe it could have been if there was a common thread between them, such as indie games, games from a certain series, or games within a certain genre. However, my choices were a mishmash of whatever I was playing at the time, combined with old games that I wanted to capture video for.

Even if I did find a through line to tie my game selection together, I overlooked the most obvious selling point: me. Anyone can play the game that I’m playing. But what is it about the stream that viewers can’t get anywhere else? What is it about my stream that compels others to carve time out of their busy schedule to spend hours with me and engage with me through the chat? That’s where the personality and relational value comes in. And really, one’s ability to connect with others as a person is what streaming is all about.

What is it about you that will get others to connect with you on a human level? Are you great at telling stories? Possess a deep knowledge of the game you’re playing? Are a natural when it comes to jokes? Are your reactions to in-game moments meme worthy? Whatever that hook is, find a way to bring that forward when you stream.

Even with these pointers, mistakes are inevitable. I still mess stuff up all the time. But maybe these words of wisdom can help you ramp up a bit faster than I did. What’s most important is developing the ability to identify issues and addressing them accordingly. Good luck with your streaming adventure!