Each character in Slay the Spire is controlled with a deck of cards that constitutes their attacks, defensive maneuvers, and other status effects. Though you unlock most of the cast in quick succession, I decided to focus my efforts on beating the game with the game’s starting character: The Ironclad.

Having finally climbed to the top with this masked swordsman, here are some of my favourite cards to use when playing as The Ironclad!

[NOTE: I’m far from a top-tier Slay the Spire player. If you’re looking for that level of analysis, you may be better suited elsewhere. However, if you’re curious about my approach during this early stage of my career, carry on!] 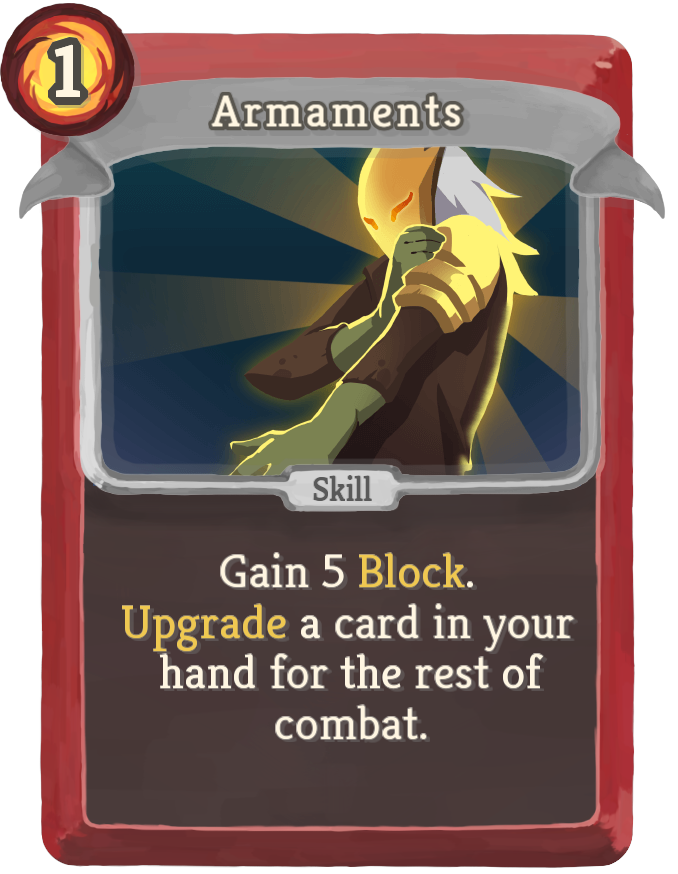 Armaments in its base form was a card I gravitated towards early on. Not only does it block, but it also upgrades a single card in your hand for the duration of a battle. However, the card’s true strength is unlocked when you upgrade it. By doing so, the + version is capable of upgrading every card in your hand! Combine this with extra energy points or abilities that allow you to draw cards, Armaments can dramatically improve a large portion of your deck in no time. 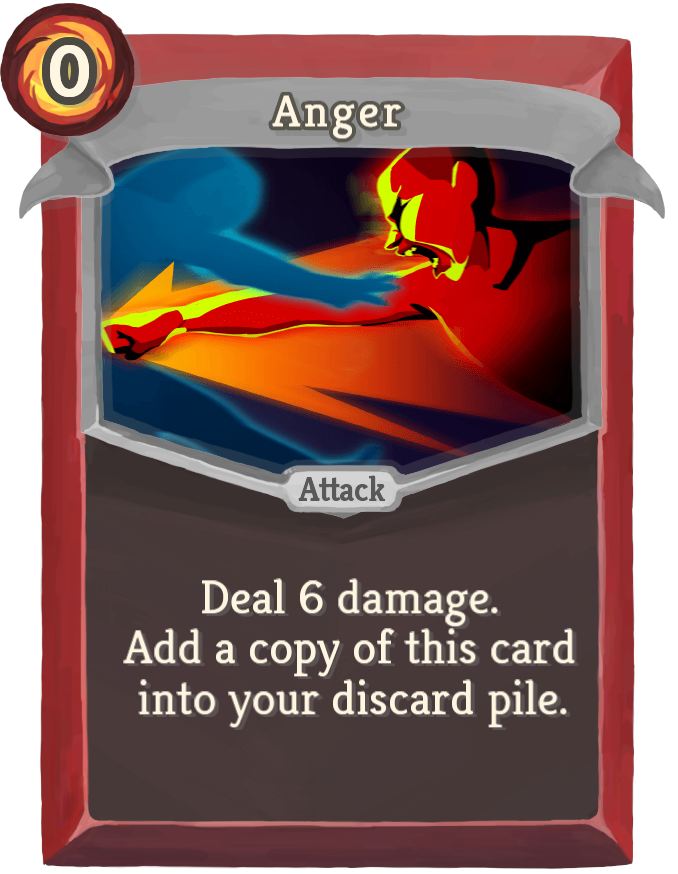 That said, the card does have a low ceiling. Even after you upgrade the card, you can create more powerful combos with fewer cards. I probably leaned on this one a bit too much early on, but it’s nice to have for incremental damage. 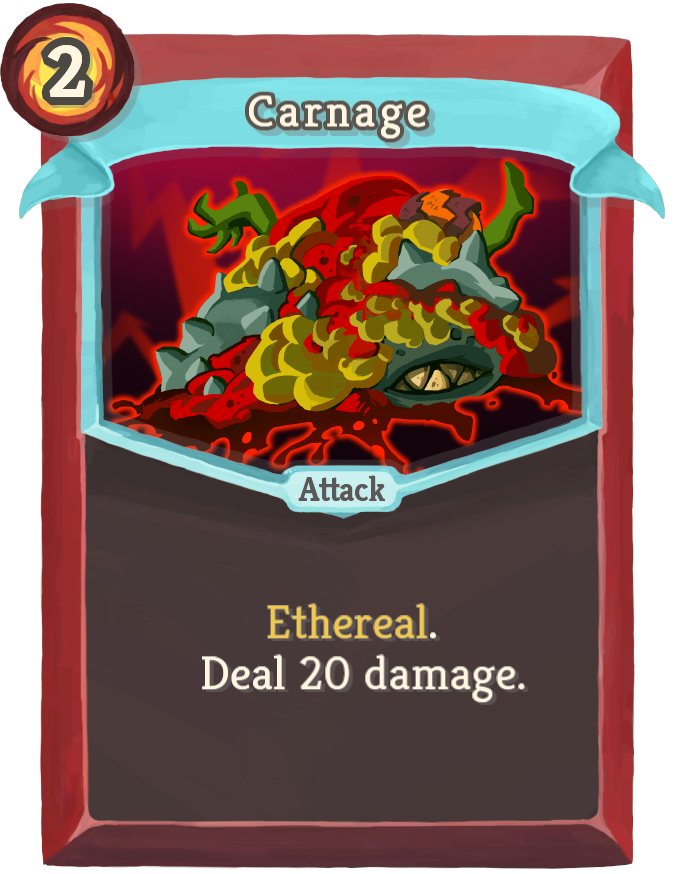 One of the heaviest-hitting cards in The Ironclad’s deck, Carnage doles out a whopping 20 damage while only using 2 energy. Yes, it disappears from your hand if you don’t use it right away, but it’s usually advantageous to use it when you have it anyway. When combined with Double Tap, you can really smash enemies in! 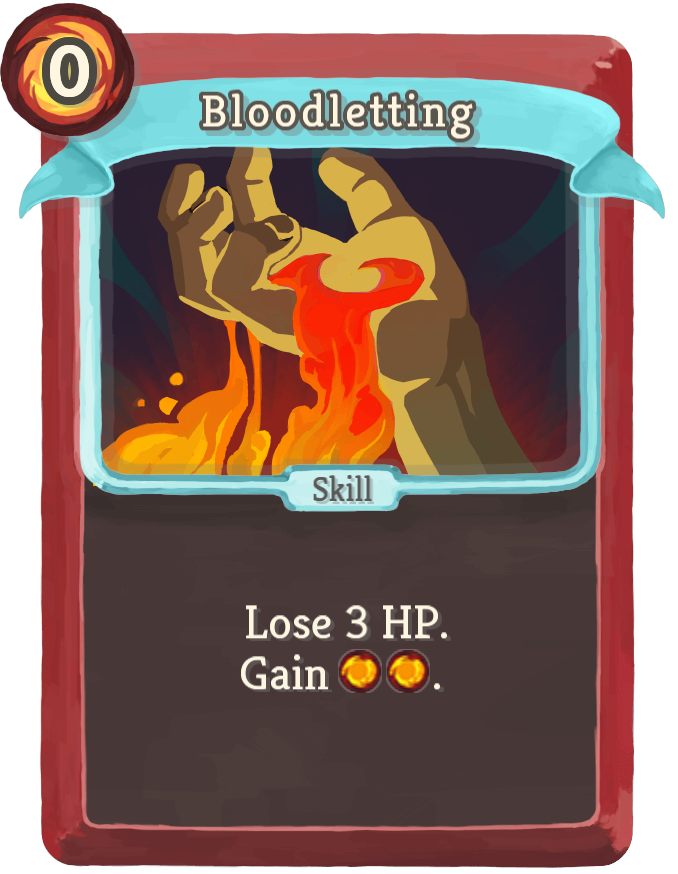 Exchanging health for an extra energy point, I found this trade to be worth it more often than not. Being able to squeeze in an extra attack or block can really make the difference in battle. Helping ease the HP loss is The Ironclad’s ability to regain 6 HP after each successful fight. Combined with other healing cards such as Reaper, you can mostly ignore the pain and gain the reward of extra actions in battle. 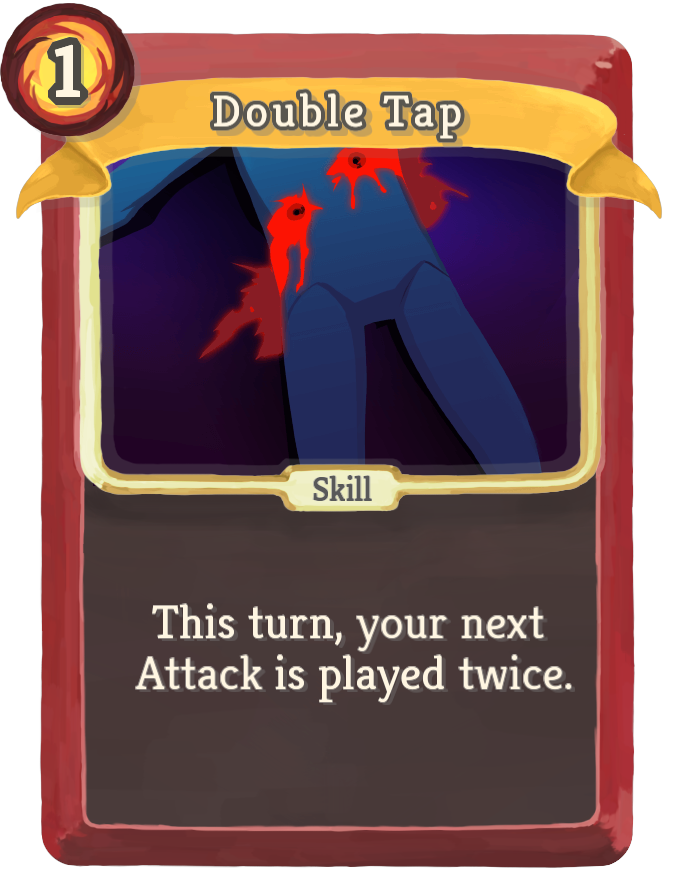 For just 1 energy, you can use a card in your hand twice. Though the cost of Double Tap isn’t included in the cost of the card you’re doubling, you can still generate devastating results with 2-energy cards such as Carnage. When used in situations where you have extra energy and can Double Tap 3-energy cards, its potential is insane. Wasn’t always fortunate enough to find this card during every run, but it was pivotal in helping me beat the game for the first time! 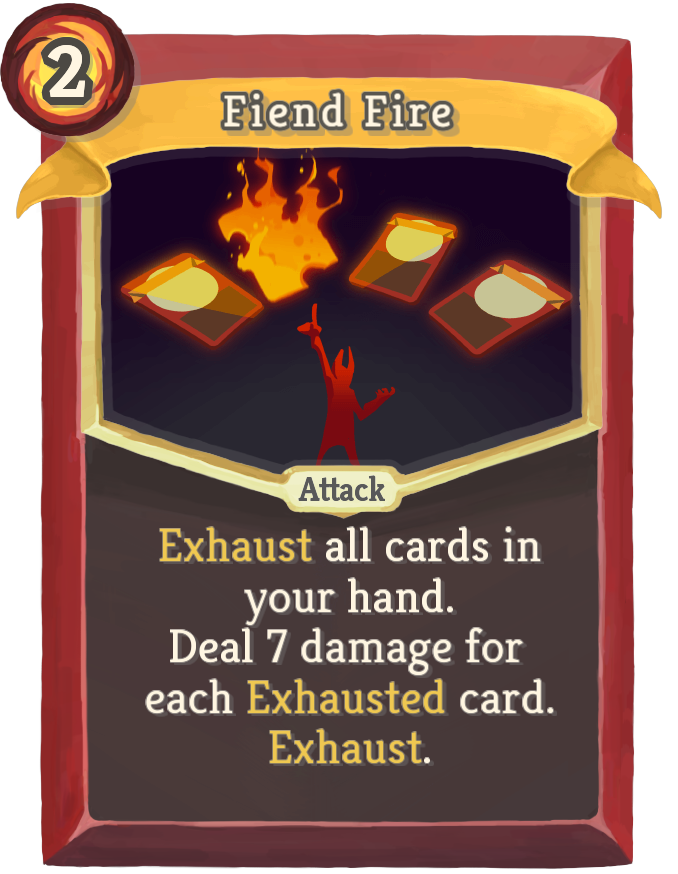 Acting as a nuke of sorts, you can exhaust every other card in your hand in exchange for one massive attack. While using this card prematurely can leave you incredibly short-handed, it can work wonders as an exclamation point. As with Double Tap, Fiend Fire proved crucial during my first complete run! 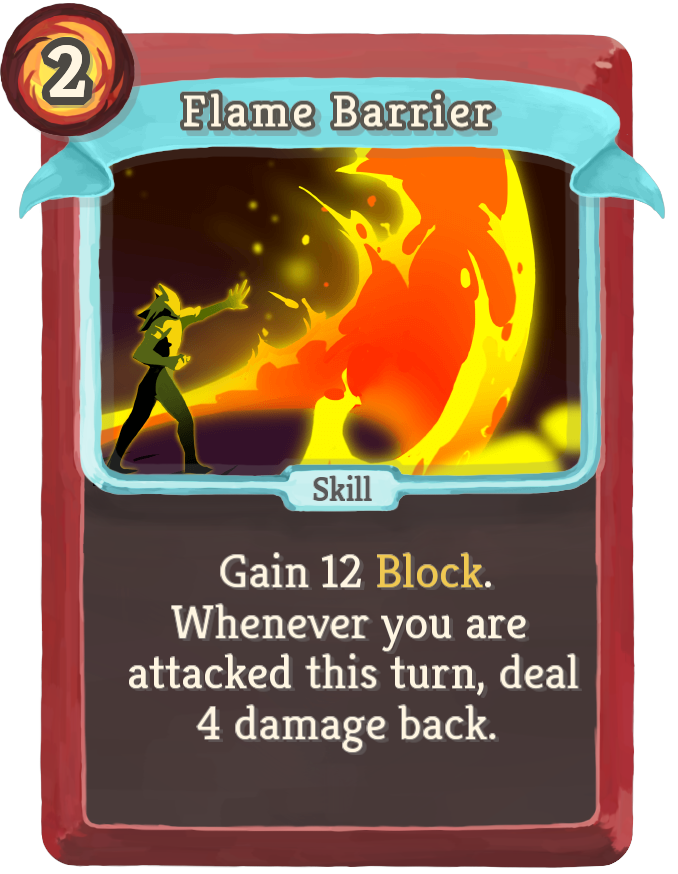 Flame Barrier is a cool way of allowing you to play defense and offense at the same time. Each time your opponent tries to attack, your barrier returns the favour. This card is particularly devastating against multi-hit attacks, as each strike triggers a different counterattack. Flame on!