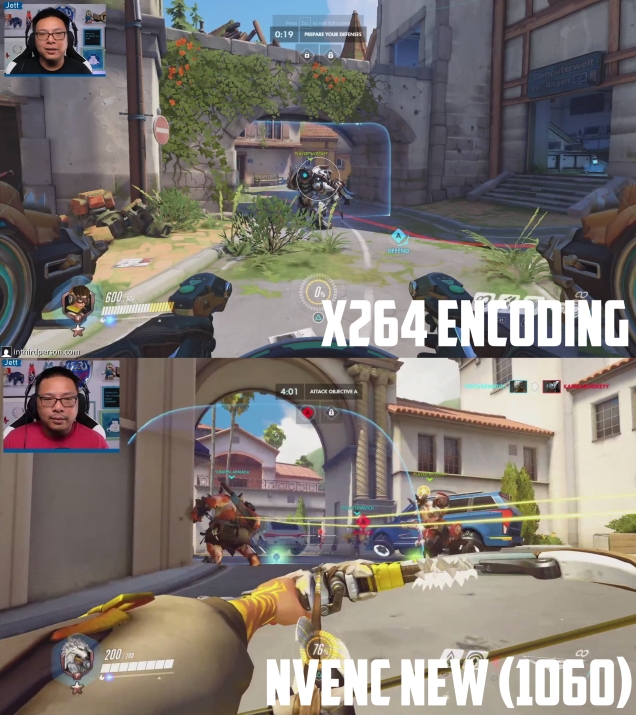 My hangup comes from the output quality. Unfortunately, the 1060 uses the outdated Pascal architecture, which features a less-efficient hardware encoder than the CPU-based x264. The above example shows that at the same bitrate of 5,000, the x264 stream looks sharper and features less artifacting than the Pascal equivalent. Nvidia cards one generation ahead feature Turing architecture, which comes with a hardware encoder that’s just as good (if not better) than x264. 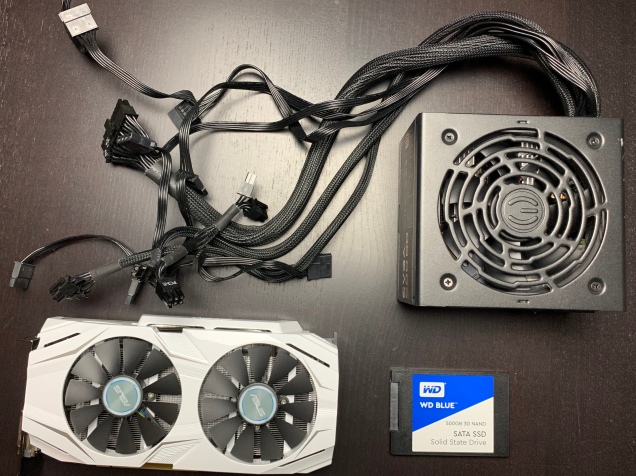 Because of the blurrier output, I push the streaming feed through x264 and recording through NVENC, where I can overcome the blurry image issue by recording at a much higher bitrate. That blurrier Overwatch stream looks great on YouTube, as the local recording of it has the luxury of being recorded at twice the bitrate. However, with Twitch data cap technically being 6,000 per second, I need something that is more efficient at lower bitrates.

Where streaming from x264 becomes problematic is that encoding is very taxing on my CPU (an AMD Ryzen 3700X for reference). When I push this to the limit by streaming at 1080p, 60 frames per second, using recommended quality setting, playing a rendering-intensive game like Overwatch, and running all of the crazy effects I have on my stream, I start to drop encoding frames while the CPU skims 100% usage at its worst.

This now leaves me with a bit of a conundrum. Do I keep my setup as is, where I have no headroom for any further improvements? Or do I shift all of the encoding to the graphics card, which gives me a lot more headroom at the cost of a sharper image? 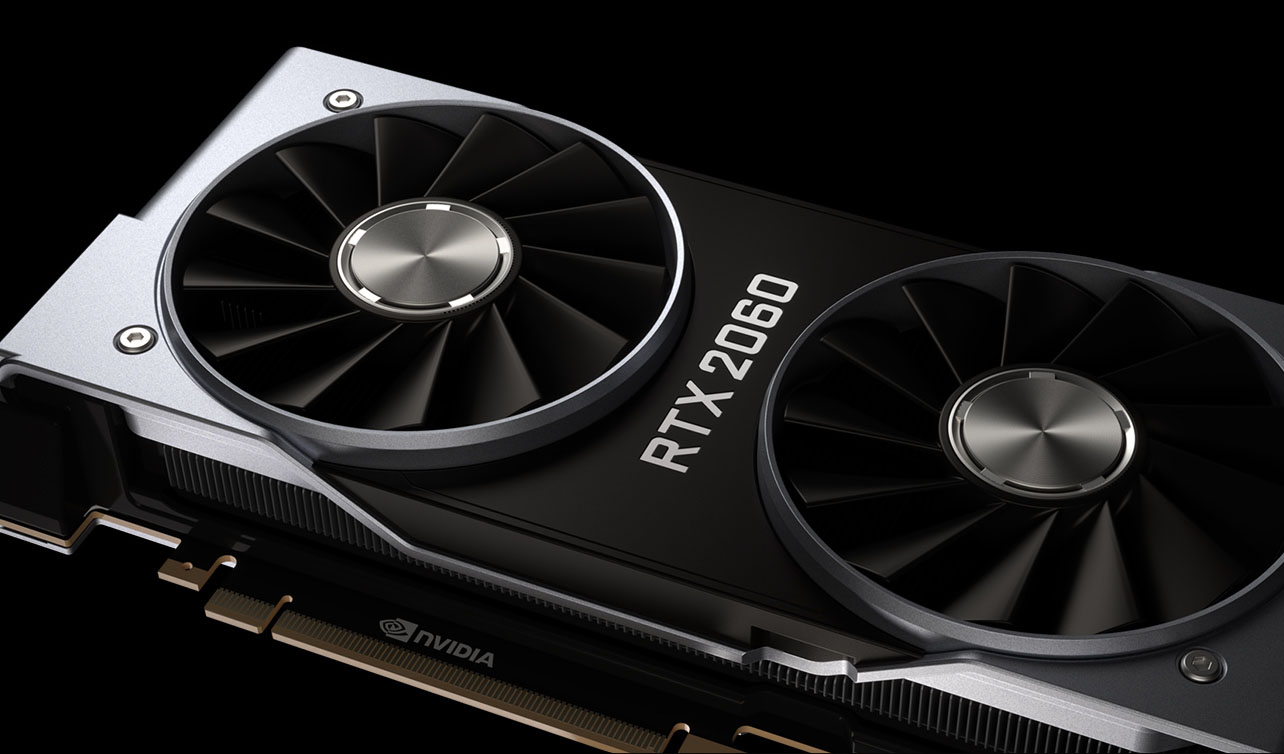 There are hardware solutions to this problem, but neither will be cheap. An Nvidia RTX 2060 would do the trick. With the 30-series cards looming, this one is likely to get discounted in the near future. However, it would still cost me hundreds of dollars to fix what might be a menial problem at this juncture.

Ideally, I would upgrade to an RTX 3070. Set for release next month, this latest card packs the horsepower of the current high-end 2080 at half the price! Love the idea of having a current generation card in my new PC for the added juice and future-proofing. But between the cost of the card itself and the new power supply I’d need to run it (my current power supply is 50W short), I’m looking at an investment of close to $1,000.

The other route would be to…make sacrifices to my production. Having skimped on my show for years trying to work within the limited boundaries I had, I know I could tone things down if I really wanted to. But ever since I got this PC, it’s taken everything I’ve thrown at it. Really don’t want to tone things down unless I absolutely have to.

If I decide to really get into PC gaming and streaming at the same time, the calculus becomes different. Strictly for console streaming, it’s really a matter of spending hundreds of dollars for what is ultimately a minor bump in visual fidelity. As much as I want that bump, it’s tough to justify spending increasing amounts on incremental gains.

It’s really important for me to recognize who I’m spending that money for. Spending $400-1,000 on upgrading my current graphics card isn’t going to grow my channel. Most viewers won’t even know the difference. That type of investment is just for me seeking production perfection for my personal satisfaction. Am I ready to spend that much just for me, versus investing in the stream in ways that make a more meaningful impact to viewers?