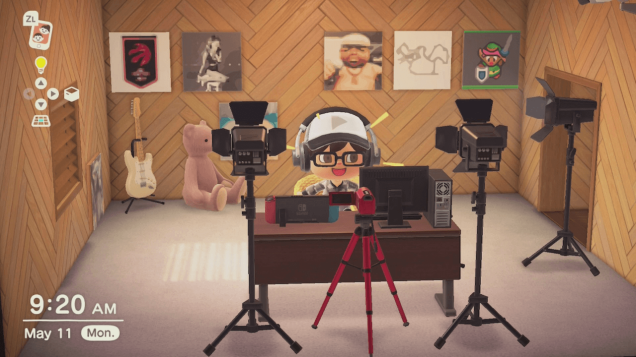 Your voice is your most valuable asset as a streamer. No one else in the world sounds exactly like you. No one else has your exact perspective on the world. No one else can share your specific insight on a game or subject. The more you use your voice, the more you will stand out amongst the masses, even if you’re playing the same games as everyone else.

In spite of this power that we all wield, countless streamers under-utilize their voice. They sit silently for minutes at a time, even when some are streaming with the best microphone audio can buy. Considering how first impressions are usually made in seven seconds or less, viewers may be leaving in droves because your silence gives viewers the sense that you’re just another streamer playing a video game with nothing else to offer.

Coming up with stuff to talk about for hours on end is difficult, especially if you’re not the talkative type. Thankfully, there’s a convenient source of material to draw from right in front of your face: the game you’re playing. By narrating and commenting on you’re in-game actions, thought process, and reactions, you’ll almost always have something of value to say. Here are some tips for narrating and commentating like a pro!

When you have nothing else to say, narrate and commentate

Most viewers don’t come to a stream with an expectation that you’re going to have hours of pre-planned segments ready to go. However, they do expect you to provide some sort of value throughout. Unless a specific moment calls for your silence, even going as little as 30 seconds without speaking can feel agonizingly awkward for the viewer.

When you’ve run out of things to say, tell viewers about what’s happening on the screen and what’s happening in your head. Use this as your foundation and you’ll be able to improve the watchability of your stream

Narrate and commentate on a micro and macro level

When I’m looking at my screen and looking for stuff to talk about, I break my thought process down to two different streams: micro and macro. At the micro-level, I’m talking about things that are happening in the immediate moment.

Here are some micro-level thought starters:

In short, look at what’s happening on the screen, and provide viewers with context for what the situation is, what you’re doing, and why you’re doing it. Every little action can spark an interesting point of conversation. 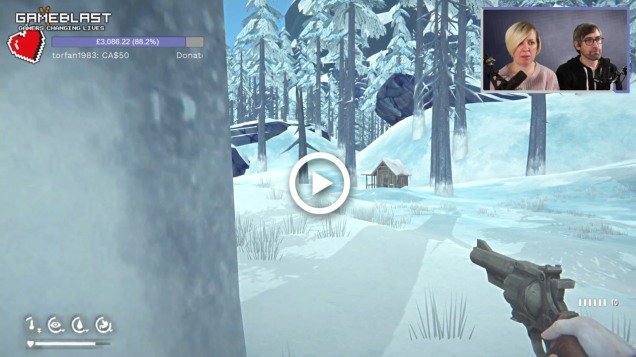 Here’s an example from Later Levels. In this one moment, Pete could have simply walked to the shed in the distance and it would have been an otherwise unremarkable moment. But what he did was describe what he saw, which raised the stakes for his next move. By saying there were wolves ahead, you as the viewer are now questioning whether Pete was about to get mauled by wolves before he could get to the shed. 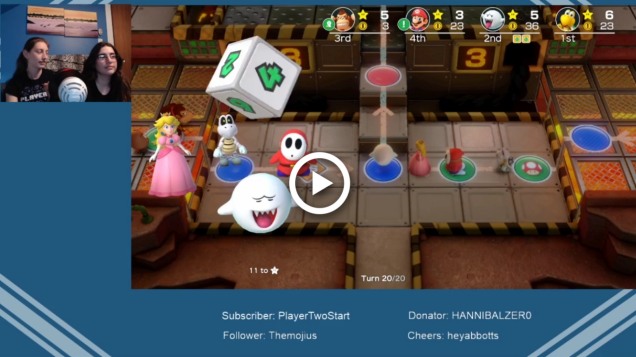 Here’s another micro-level example from Double Jump. She could have simply pressed the button and let the dice fall where they lie. Without even thinking about it, Kris notes that Rachel is 11 spaces away from her goal. At which point, Rachel says, “No we can’t!” However, she then says it’s a reverse psychology tactic in order to make RNG give her the actual desired outcome. She then proceeds to move exactly 11 spaces, which adds even more entertainment as a viewer.

On the other end of the spectrum, you can narrate and commentate at a macro level. This goes beyond your immediate actions and allows you to talk about the game in a broader sense.

Here are some macro-level thought-starters: 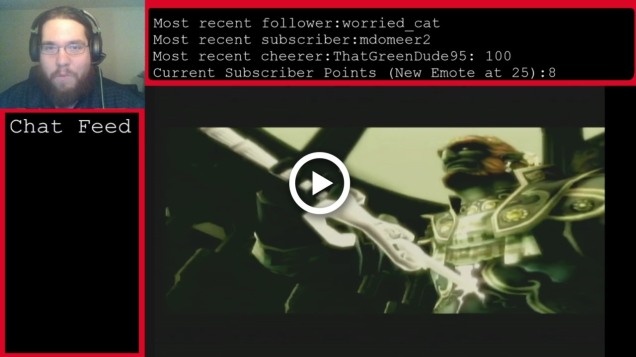 In this example from Adventure Rules, he draws from his deep understanding of Legend of Zelda lore to explain the significance of this Ganon scene. In this moment, he explains that this particular version of Ganon fights with the sword that was forced through his chest from a failed execution attempt. Ian thinks that Ganon fighting with the weapon that was used in his attempted execution as, “pretty metal,” and I agree! 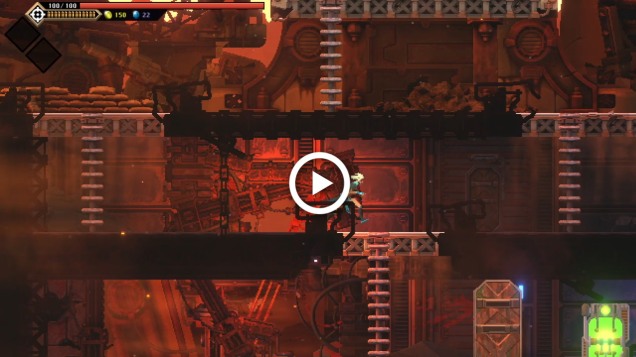 Now let’s go to Frostilyte. While slashing away at enemies, he adds a notable comparison between this game and Hollow Knight. This extra little tidbit gives viewers more insight on both games while also showcasing his broader game knowledge.

React to just about everything

When something happens in the game, tell us how that makes you feel. You don’t have to reserve your reactions for large moments or be overly-demonstrative when something happens. But any time something does happen, you should have some sort of response so that your viewers know the significance of that moment. 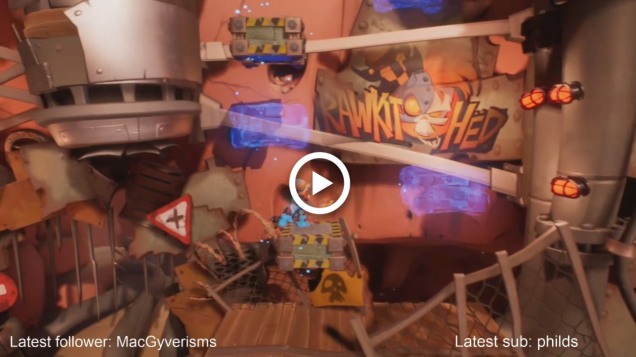 Struggling with a platforming section in Crash Bandicoot, Gaming Diaries gives us some insight on what her inner voice is telling her to do during this particularly tough moment. She’s able to share her frustration without having to get overly demonstrative. 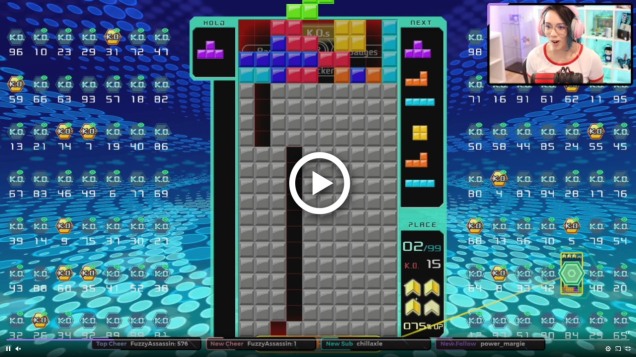 That said, genuinely large reactions work incredibly well on Twitch as well. In this Tetris 99 match, Awsuh made one game-ending mistake. From her screams, to her shocked facial expression, to keeling over in anguish, her response to her inevitable demise made for great content. Sorry about the loss, though. 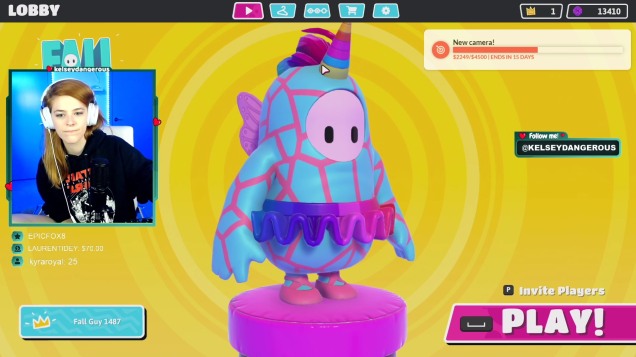 Watch how other streamers narrate and commentate their streams

Take some time to see how other streamers narrate and commentate on their streams. Start by browsing Twitch directories for games that you plan on streaming as well. What is their approach to narration and commentary? Though the streamers at the top might be sidetracked by the ongoing conversation with their chat, make note of how they talk while engrossed in the game. If you find someone who has a style you really like, maybe check out more of their work and try emulating what they’re doing before developing your own style.

From there, branch out to other types of games to how others approach it. The general act might be the same, but a Call of Duty player may approach narration and commentary very differently from a Stardew Valley player. Regardless of what you’re playing, you can learn from watching the way that others talk while they play.

Practice your narration and commentary

Talking while you play video games is a skill that doesn’t come naturally for most. It takes a lot of practice just to get comfortable with the idea of talking while playing games, let alone being able to generate entertaining/informative/insightful dialogue on the fly.

As you’re playing games – even when you’re not streaming – take the time to make observations about what you’re seeing, feeling, hearing, and sensing. Whatever it is, say it out loud. And react to everything big and small. Try to keep the down time in your dialogue to a minimum. With practice, you can add context, insight, and drama to everything happening in the game without extended stretches of silence. 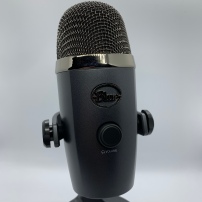