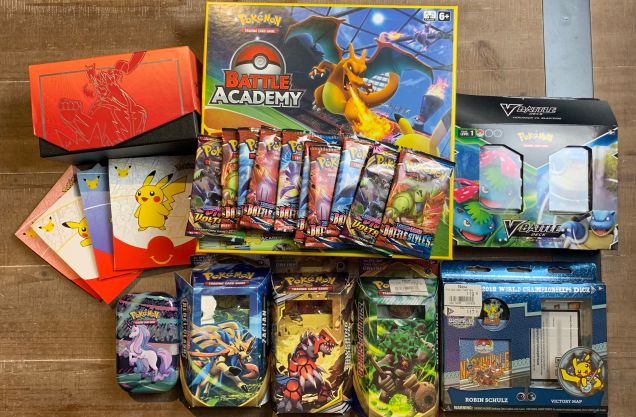 I remember the start of my Pokemon Trading Card Game journey like it was yesterday. Because it was basically yesterday. Starting with just a set of two pre-made decks, we discovered that we really enjoyed the game and wanted to explore the scene further.

In a matter of days, I may have floored the gas pedal.

The day after Steff and I played for the first time, we happened to visit her parents. Months ago, her mom was collecting Pokemon TCG cards from McDonald’s for us, even though we’d made no mention of being interested in them at the time. We got four promo packs from her, which included this holo Pikachu. Though its market value seems to be dropping, it’s the first card in our collection that has any meaningful value on the open market. Cool! 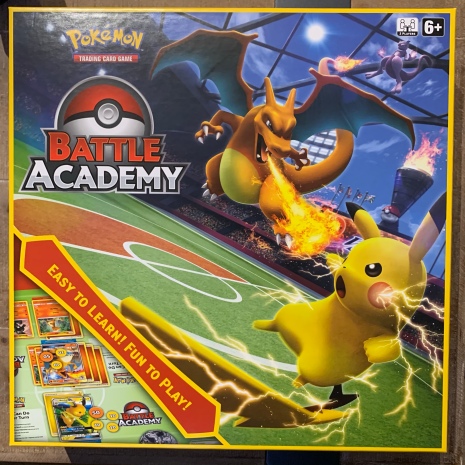 Later that week, we expanded our collection with the Pokemon Trading Card Game Battle Academy and it was a great next step. It was the cheapest way of getting three unique decks while also getting a board, damage tokens, robust manual, and more. We played with all three decks on the night it came in the mail and had a blast!

One day later, my province exited lockdown for the first time in months. Making a trip to to the local video game store, they had a number of pre-build decks and booster packs on offer. Even though we already had a grass deck, we got the Rillaboom deck so that Steff could play with one of her favourite Pokemon: Grookey. I grabbed the Groudon deck because it was built on fighting energy and we didn’t have a fighting deck yet. They also happened to have boosters, so I grabbed one cause why not?

When we opened it, we found an Amazing Rare holo Zamazenta. Though it’s far from the most expensive card on the market, its current market price is higher than what we paid for the pack. Score!

The next day, my wife and I celebrated our wedding anniversary with a massage appointment. Just up the street from the spa was a different video game store. We browsed for a good 20 minutes before buying…a bunch of stuff. 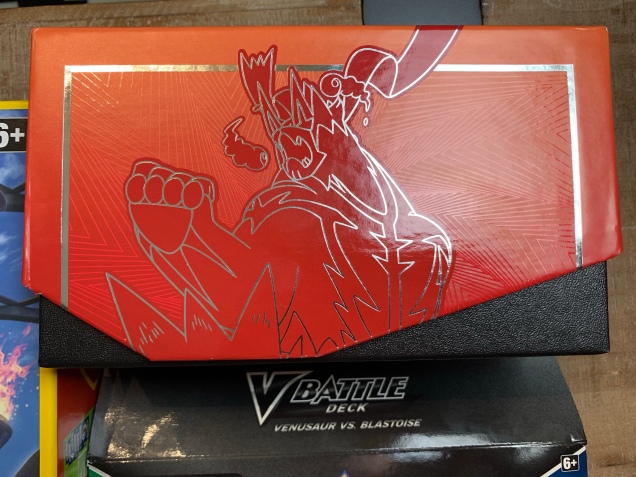 With our collection growing and our desire to get more booster packs, we grabbed the elite trainer box. Besides being a spiffy-looking box that holds hundreds of cards, it also has eight booster packs, 65 card sleeves, a rule book, coin, damage dice, and acrylic status markers. All for roughly the price of the eight booster packs! 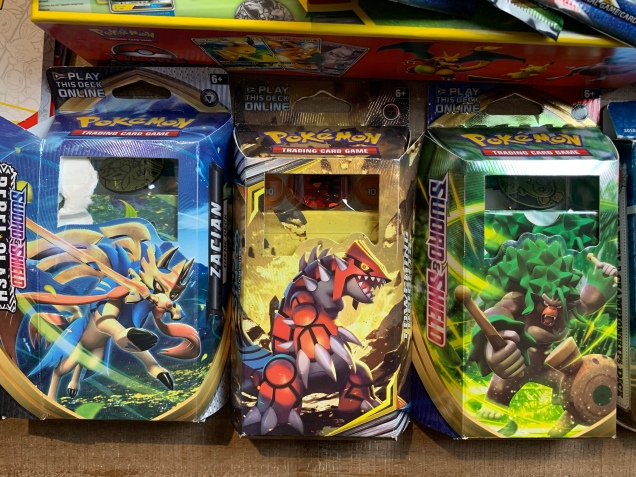 The Zacian deck fills our desire for a metal deck. Again, we want to ideally have one starting deck of each energy type to build from. 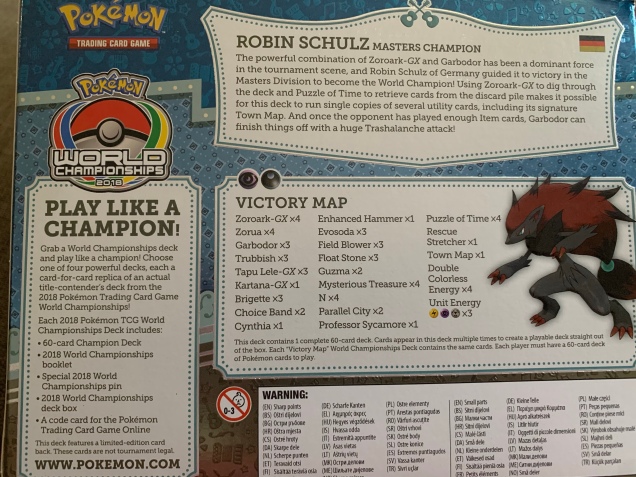 We also saw this 2018 world championship deck for sale, which features the same deck that the champion used to win. We found out after the fact that these specific decks aren’t tournament legal and that their backing is different from a standard card, but it seems cool to experience what a best-in-class deck plays like. It also has an adorable Nashville Pikachu pin!

Oh hey! There’s a tin with Galarian Rapidash on it! Isn’t it so pretty? It even comes with two booster packs inside, and the cost of buying two boosters is about the same as getting this tin. And we might have gotten another Vivid Voltage booster too. 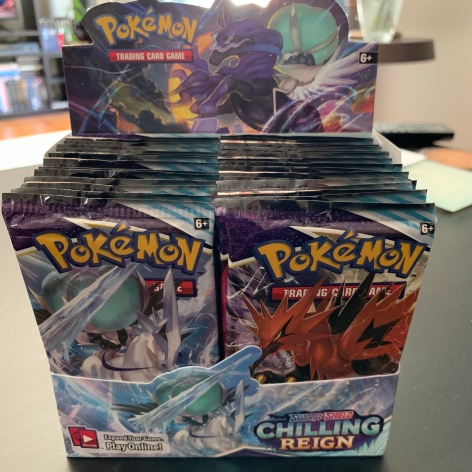 Then yesterday…the booster box came in. 36 packs for a total 0f 360 cards, this set is technically not even out until Friday. Though I kind of built up an interest to do the booster box thing one of these days, I pulled the trigger early because Chilling Reign includes a rare gold shiny Snorlax card! There’s no guarantee that Snorlax will be here, but I’m willing to give it a shot while also building the foundation of our set across every energy type. 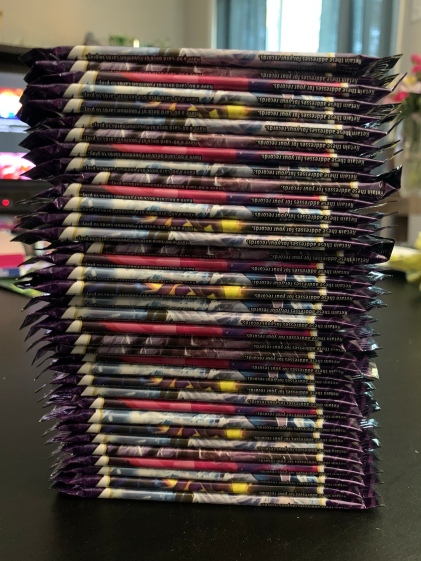 Seeing them all stacked up is wild!

Just over a week ago, I’d never played the game. As of writing, I have…a lot more.

It’s an exciting time! I tend to fall into new hobbies really hard and this one is really captivating. The game is awesome to play. The cards make for great eye-candy. And though I struggle to see myself getting in the market of hoarding cards in hopes that I can pay off my mortgage with this collection, I think the collector side of Pokemon TCG is fascinating.

Even so, I need to remind myself not to go too far, too fast. This initial run isn’t going to prevent me from putting food on the table, but I could easily see myself going beyond my means. At some point – probably sooner rather than later – I should slow down just a bit to give myself more time to enjoy what I’ve collected so far.

Epic battle royal between my wife and I using all of these cards at some point in the near future? Absolutely!