For years, I had built this barrier in my head that made me feel like the Pokemon Trading Card Game was too difficult to get into. Then one day, I decided to push my fears aside and just give it a try. In under an hour, I knew just enough to get started and discovered a new hobby that I can’t stop obsessing over.

If you’re sitting on the sidelines or even had the slightest curiosity of what it would be like to play, here are a few resources that can help you start your journey!

The official Pokemon channel on YouTube provides a fantastic series of tutorial videos for brand new players. In under 15 minutes, the tutorials will explain just enough to get you started! After watching these videos, Steff and I were able to play our first game together and we had a great time!

No cards? No one to play with? No problem!

Pokemon Trading Card Game Online is free-to-play on PC and tablet devices. Without putting any money into the ecosystem, you get access to an interactive tutorial and the ability to play through a rudimentary campaign against the computer with three different pre-made decks. Between the tutorial videos and playing a little bit of the online version, you’ll grasp the game pretty quickly and determine how much farther you want to go with it.

If you decide to buy cards, they all come with online codes that allow you to unlock digital cards in the video game that you can use against the computer or against other online players!

Want to learn with a friend? Pick up the Pokemon Trading Card Game Battle Academy!

The Pokemon Training Card Game Battle Academy takes the card game and presents it in a board game package. You’ll get a board, damage tokens, coin, and a comprehensive rulebook to that covers everything you need to know. More importantly, two additional books serve as a tutorial for you and a friend to follow, guiding you through your first few moves till you get the hang of things.

Once you’ve got your footing, you’ve still got three full decks that can be used in the regular card game as well! Compared to buying a pre-made deck separately, the Battle Academy is the best value on a cost-per-deck basis. Full review of this package coming soon! 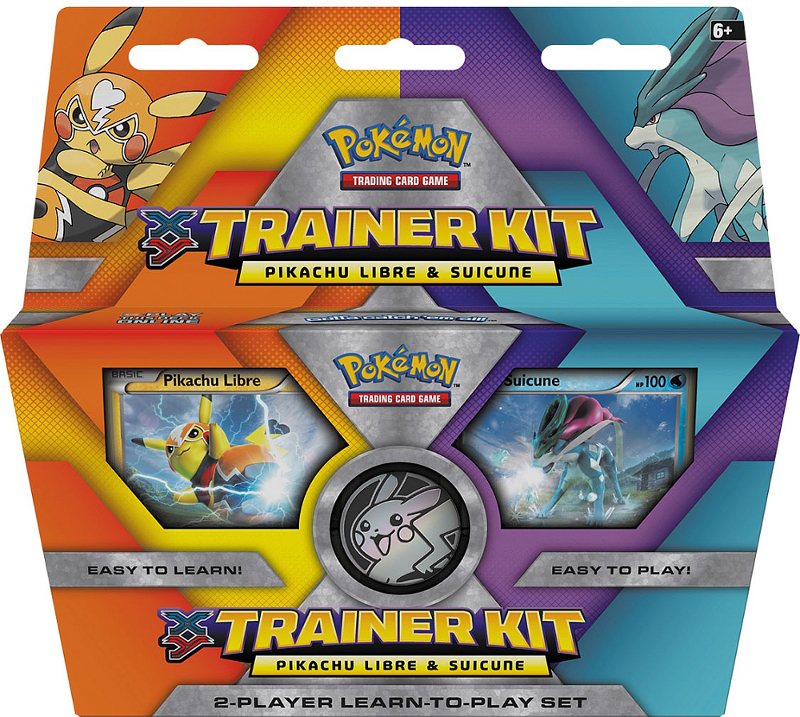 On a budget? Consider a Trainer Kit!

Trainer Kits are the cheapest way to learn the game with real cards. Each kit comes with the basics you need to play, including an interactive tutorial. That said, the cost of these Trainer Kits is low because they feature two 30-card decks. If you’re learning with a child or you’re on a budget, this is a viable option.

The Pokemon Training Card Game isn’t as difficult to learn as you may make it out to be. With this list of resources and a nudge from me, this might be your next new hobby! Maybe I’ll even see you on the other side of the battlefield!