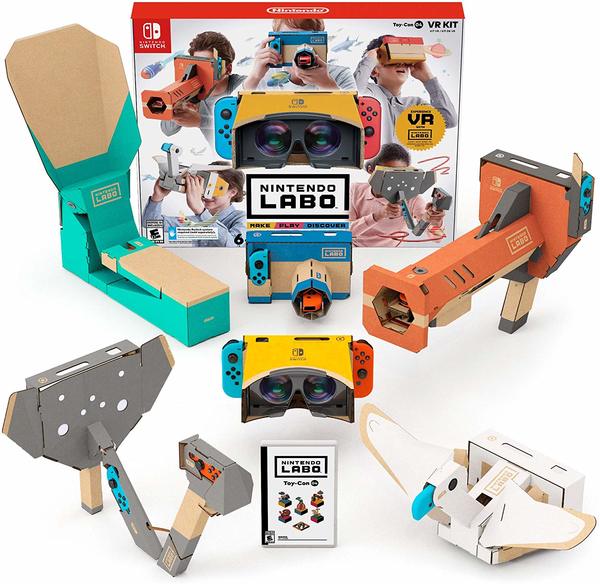 My initial experiences with Nintendo Labo have been mixed. Granted, will acknowledge that I’m not the target audience for these products. However, based on my time with the Toy-Con 01 Variety Kit, it was more fun to build the toys than it was to actually play them. Right now, they’re all stacked on top of my desk and I have no idea what to do with them. Still have Toy-Con 02 Robot Kit in the box, but my wife and I do have plans of building that one someday. Have heard that Toy-Con 03 Vehicle Kit did a better job of providing kids with a meatier gameplay experience, but I don’t have that kit yet.

Nevertheless, Nintendo isn’t waiting for me to catch up. The upcoming Toy-Con 04 VR Kit is set to be released on April 12th. While I do have some concerns with some of these toys being as gimmicky as those found in the Variety Kit (I’m looking at you, bird and wind pedal), there are aspects of this package that really excite me. 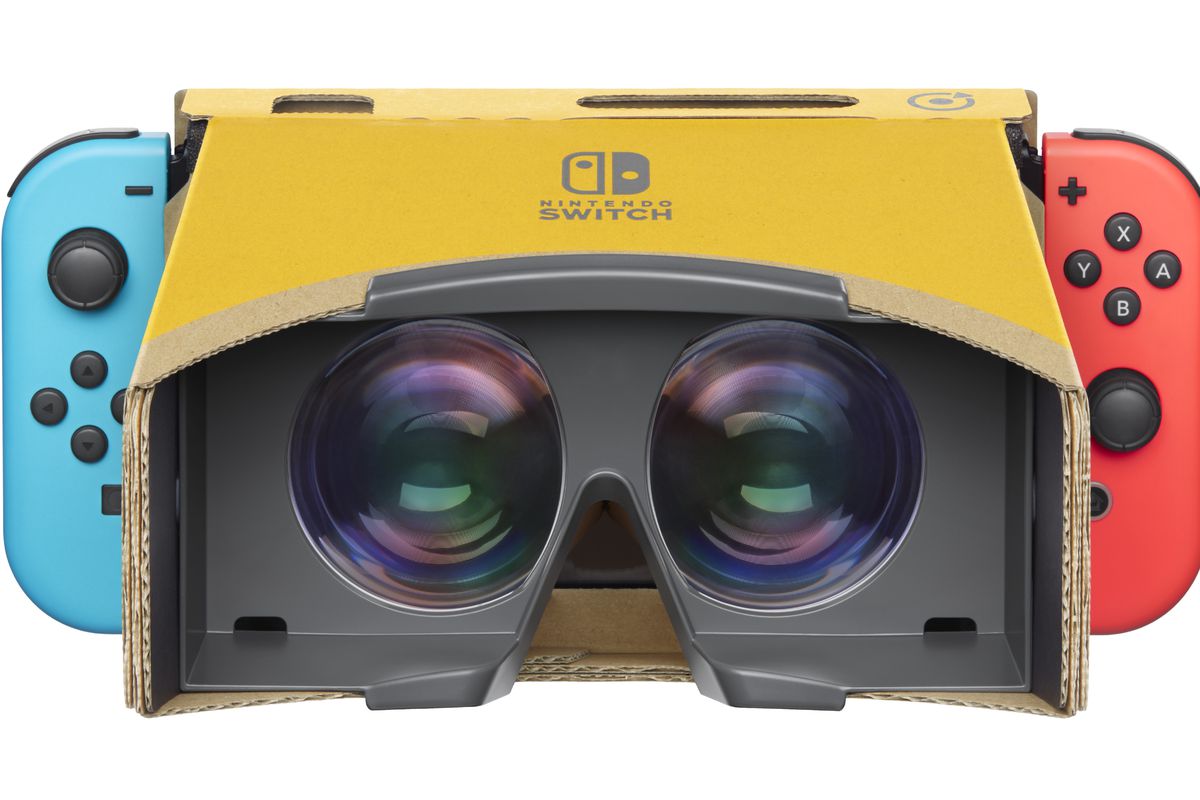 Firstly, it serves as a more affordable entry point into VR for kids. I know when this was first announced, a number of people were skeptical about the Switch’s ability to run VR content. However, from the impressions I’ve read, not having the horsepower may not matter. Though some of the impressions I’ve read have noted that it may not look as clear, it hasn’t taken away from the overall enjoyment of the product. Starting at as low as $40 US if you get the starter pack, it’s a neat way to introduce kids to the magic that VR can be.

One of the Toy-Cons I’m most looking forward to playing with is the blaster. Yes, it’s just a giant gun, but shooting stuff in video games is fun more often than not, and it looks like Nintendo’s made a neat arcade-style shooting gallery for this. There’s also a neat Hungry Hungry Hippos style mini game as part of VR Garage, but more on that later.

Was most confused by the elephant Toy-Con, but it might actually be the most interesting of the bunch. The main experience tied to it is essentially Nintendo’s take on Tilt Brush. By moving the elephant snout apparatus, you can paint in a 3D space. Including that tool as part of a more mainstream package for kids is a great get!

Most interesting is the VR Arcade. Going a step further from the Toy-Con Garage found in previous entries of the Nintendo Labo series, it allows players to make actual games with its simplified tools. You even get access to 64 pre-made games that you can modify, or make and save up to 64 more of your own. Even after you’re done with the main experiences, 64 more mini games to play and edit seems like a great way to keep players engaged.

Still have my concerns about Nintendo Labo as a whole, but I’m glad to see Nintendo continue to push forward with it. Conceptually, it’s a great way to introduce kids to the world of STEM in a fun way. Even as an adult, I enjoy building the toys. There’s a brilliance to how elaborate these toys are, yet they’re mostly just cardboard, stickers, and string. This VR Kit adds a whole new dimension to the experience, and the addition of a cheaper starter pack could help bridge the gap for those scared off by the pricy bundles the first time around. Maybe after I build my cardboard robot suit, I’ll slap one of these onto my face after!