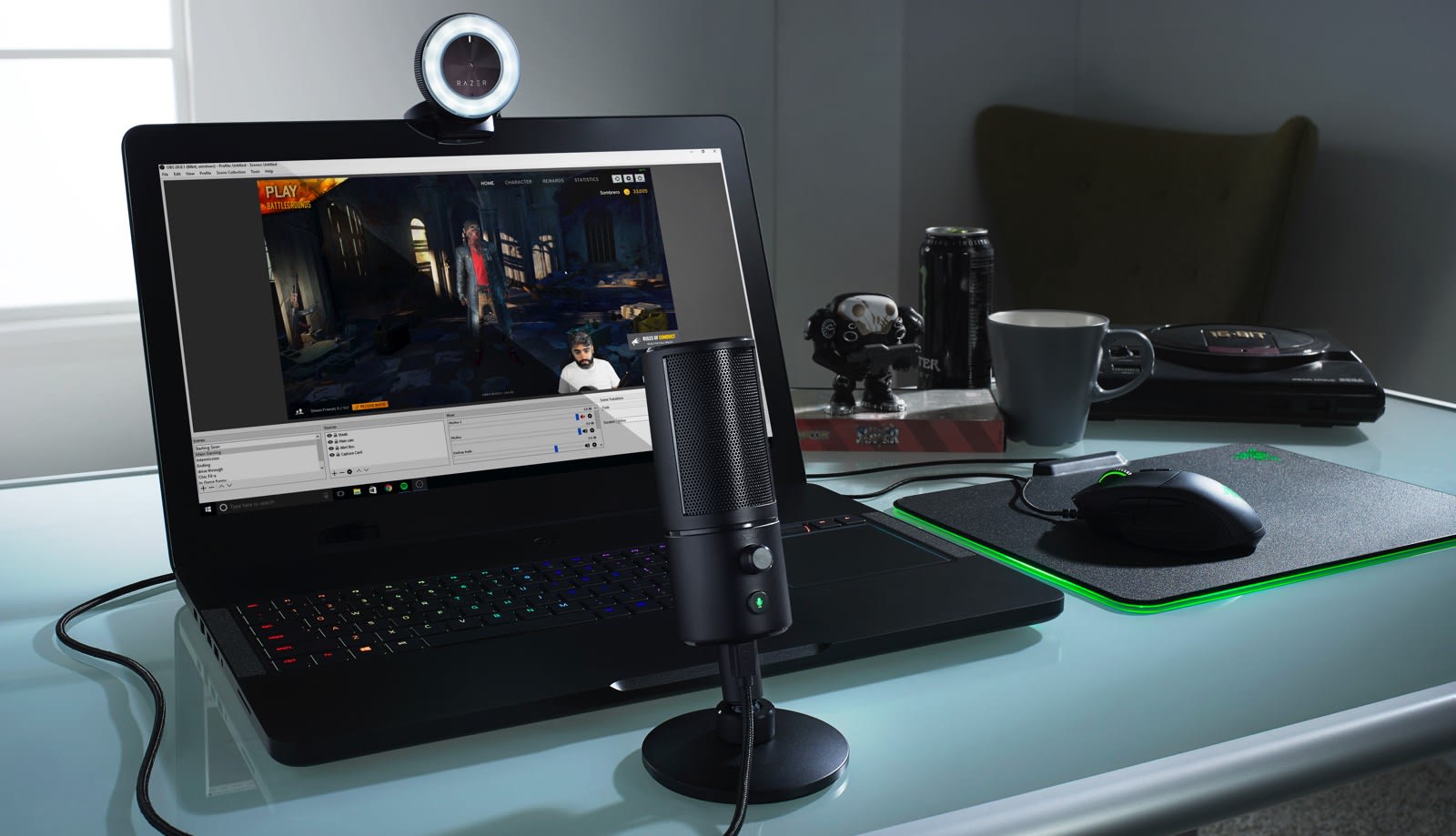 Razer aims to #supportsmallstreamers with their #RazerStreamer program. Open to all that apply, this initiative aims to provide benefits to those working their way up with discounts, commissions, the opportunity to win prizes, exposure, and more. For a streamer looking for ways to legitimize their work while also making some coin along the way, this seems like a dream come true.

Before you head over to sign up, I think there’s a lot of good (and not-so-good) things about this program to consider.

While the #RazerStreamer program is open to streamers of all sizes, it’s heavily catered towards smaller streamers. Its highest tier caps out at having 500 or more followers, while its lowest tier covers anyone under 50. Essentially, anyone can sign up, which has its benefits and disadvantages.

On one hand, me as Joe Nobody can say to others that I’m a #RazerStreamer. On the other hand, so can just about anyone else. According to a Razer spokesperson, over 10,000 people signed up in the first two weeks. Yes, the barrier to entry is attainable for even the smallest of streamers, but the reality of supporting tens of thousands of streamers means that you’re not going to get anywhere near the same perks as someone who negotiated a sponsorship deal directly.

Save a few bucks on Razer products and more

Qualifying as a #RazerStreamer gets you discounts and benefits, presumably on Razer products. There are three tiers for these discounts and benefits based on audience size (up to 49, up to 499, and 500+ followers), but the site doesn’t actually state what percentage discount you’ll get. The 2nd point in the fine print does say that you get a one time redemption code, which sounds like you won’t get any additional savings after this initial purchase. Yikes.

Being able to save a bit of money on a Razer mouse, headset, or keyboard sounds great, especially if you were planning on buying their products anyway. However, in the grand scheme of things, you’re giving Razer money. You, as a streamer, are only getting the benefit of giving them a bit less money. Razer also gets product placement out of it, as you’re most likely going to use their products on your stream.

#RazerQuests are just contests with a high cost of entry

One of the perks of being a #RazerStreamer is that you get access to their #RazerQuests initiative. Each month, you can enter a contest for rewards by completing certain activities. Based on article 8 in the fine print, you’re making content for Razer.

8. You hereby grant Razer a worldwide, perpetual and irrevocable license to use or repost any #RazerQuest content created by you on our social platforms or website.

Sure. You might win a Razer mouse or something, but odds are you’ll never get anything. Having already received over 10,000 applicants in two weeks, your chances of winning are already terrible and getting worse by the day. In exchange, you’re making promotional content for Razer that they now own in perpetuity. You’re essentially one step removed from working for free.

Except…it could actually be worse than working for free. Check out point 7 in the fine print:

7. To participate in #RazerQuest, you must use at least one Razer Broadcaster Hardware product (for e.g. the Razer Kiyo or Razer Seiren X) for your streams. In addition, you must accept our Additional Sweepstakes Terms and Conditions.

If you don’t already have a Razer product, you’re going to have to buy in! So now you’re spending $100+ and making content for Razer every month in exchange for what will most likely amount to nothing. In this exchange, Razer gets basically all of the benefit.

Get a chance to be featured on Razer’s Twitch channel

It’s hard to ignore the appeal of exposure. Getting seen by a wider audience is something many streamers want. The possibility of streaming to Razer’s 182,000+ followers seems like a surefire win.

But there are many factors to consider here. Again, you’re participating in the program for a chance to be featured on Razer’s channel. Odds are, it’ll never happen. And if it does? Maybe you do catch the big break here. But with an average audience of under 400 viewers and the frequency in which these sudden traffic spikes from raids or hosts from big streamers amounting to nothing in the end being really high, even winning this perk is probably not much of a win. 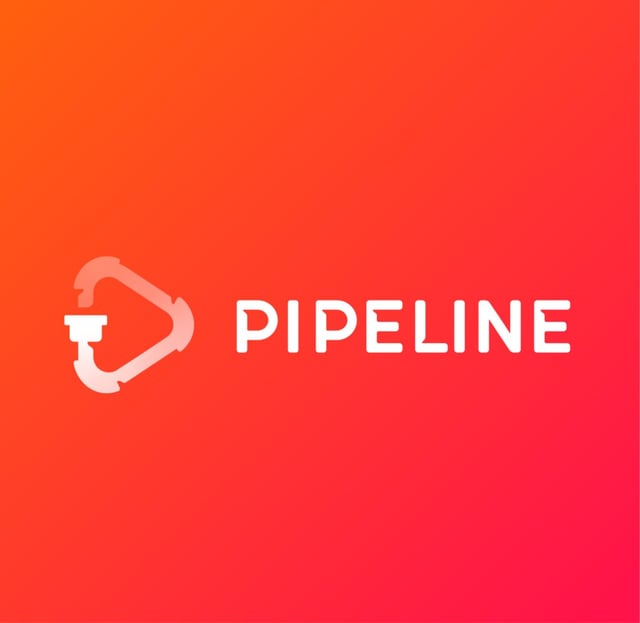 Stream coaching is an up-and-coming service that I think will see big gains in the next few years, as thousands of aspiring streamers seek guidance on how to make a career out of this. Based on my research, Pipeline seems like one of the more credible services of its type.

The problem is, only a small portion of sign-ups will ever get access to this. You have to be one of the first 500 to sign up each month. Furthermore, you have to qualify in the lowest bracket, which means having 49 or fewer followers. If you’re above that, you’re already disqualified.

You get a discount on Restream.io, a service with obvious perks (and not so obvious cons)

Restream.io is a service that allows streamers to send their broadcast feed across multiple channels at once, such as Twitch and YouTube. In theory, this is great for widening your reach. However, there are some things you should know before you commit to using or buying this service.

Having used this for a bit, I can tell you that it will strain your computer and bandwidth in order to make multiple feeds happen. I barely have enough of each to make one stream go. Two was unusable. My second concern is that you’re giving up your ability to have an easy-to-reference home base. For me, if you want to watch me stream, go to Twitch. If you’re streaming on every service under the sun, where do you send them? And if people are already struggling to find you on these separate platforms, broadcasting to all of them at once doesn’t make it any easier for them to find you.

The biggest gotcha here is that if you have ambitions of becoming a Twitch Affiliate or Twitch Partner, you can’t use these types of re-streaming services. It states in the contract that once you commit to becoming a Twitch Affiliate or Twitch Partner, any broadcast you perform on Twitch cannot appear anywhere else within 24 hours of the original broadcast ending. Broadcasting everywhere sounds great on the surface, but when you factor in everything else, it may not be worth it or even legally feasible for you to do so.

Get money through Razer affiliate sales

Here we go. Time to roll in the big bucks! Or so you might think.

By placing a link somewhere on your channel, you’ll get a portion of the sales paid to you. Presumably. They don’t actually state anywhere on the site what the terms are or how any of this works.

If it works like other affiliate programs I’ve participated in before, you’ll be lucky to make $5 a month. Conversion rates on affiliate sales are exceedingly low, and if you’re a small streamer, you might need to have thousands of viewers visit your page, in order to get 20 people to click on that link, in order to ultimately get one of them to buy something.

We sold our soul for…

So let’s review. By becoming a #RazerStreamer, you’re getting:

I’m not mad at Razer, per se. I think for them, this is a brilliant business strategy that gets small streamers to rally around their brand and act as advocates on their behalf. This is also a free program with virtually no barrier to entry, so they can realistically only offer so much. The allure of being connected to the Razer name as a small streamer is going to appeal to many.

If these terms are to your liking, then great! Go for it. Don’t let me stop you from partaking in this program. However, please note that your time, effort, control over your web presence, and money are valuable. Probably more valuable than you think. Before you dive into any of these deals, assess all of the pros and cons first and ensure that you’re jumping in for the right reasons.