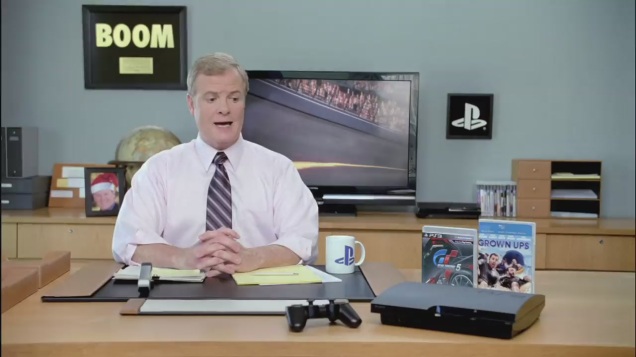 During the final day of Fan Expo, I came across a deal I couldn’t refuse. 20% off PS3 consoles, 30% games and 40% off accessories. I’ve been eying the PS3 for some time now, and initially had plans on waiting for the new SKUs to drop so that I could get the soon-to-be old 120 gig version for cheaper. However, 20% off would actually make it cheaper than what I was expecting the price drop to be, and the discounts on games and accessories only sweetened the deal. Before Fan Expo was over, I walked away with a PS3 Slim, an extra controller, an HDMI cable and Little Big Planet.

I’m not going to use this post to talk about the software lineup. I just wanted to share with you my experiences with the hardware and my first impressions of the Playstation 3 experience.

The actual Playstation 3 Slim is a spiffy piece of hardware. Foreman Grill jokes aside, I like the look of the unit. I also like the fact that they went with a matte finish for the casing and swapped out the heat-sensing pads with actual eject and power buttons. I was concerned that the Slim wouldn’t fit laying horizontally on my shelving unit (my 360 Elite doesn’t), but it’s just short enough to fit into the compartment I wanted it to go into. 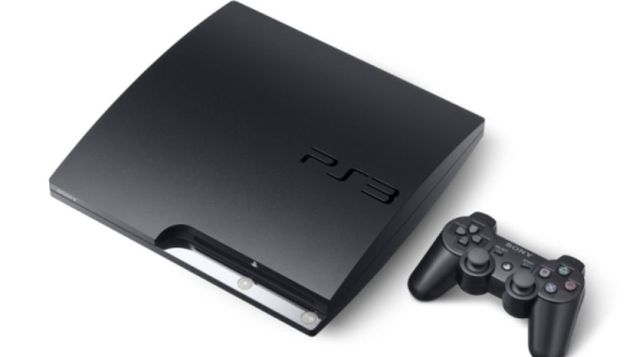 For an HD console, it does a poor job of getting you set up in HD. The XBOX 360 nowadays is guilty of this too. Neither system comes with component or HDMI cables, meaning you can’t actually hook it up in HD out of the box. I’m sure there are a lot of PS3 and XBOX 360 owners that have no idea that you need to buy extra stuff in order to get the HD experience. The Playstation-branded HDMI cables are at least 6 feet long, which came in handy for me.

My biggest sticking point for not jumping on the Playstation bandwagon sooner was the controller. I’ve always felt that it was a bootleg Super Nintendo controller with two analog sticks thrown in part-way through the Playstation 1 life-cycle after realizing that Nintendo beat them to the punch on analog controls. More important than perception though is my general dislike of using the controller up to this point. I haven’t liked the d-pad design and that left stick position kills my thumb. If it came down to it, I would always choose the XBOX 360 controller over the PS3 controller. Having dropped as much money as I did on this though, it’s probably best that I bite my tongue and give the controller a legitimate shot.

The very first thing the system asks you to do is plug is plug in the controller via USB cable. The USB cable serves as the means of syncing and a means of charging the controller. This has its pros and cons. The cable ensures that syncing is quick and instant. The XBOX 360’s wireless syncing at times is shaky and our Wii nowadays consistently fails at syncing remotes. Where this solution gets dicey is the charging process. You can only charge controllers with your PS3 while the system is on, meaning that when your controllers die, you’ll either have to play while sitting really close to the system (the cable is really short) or leave your Playstation on for a few hours so that you can charge them up. This is a lot more clunky than it needs to be. My other major concern is the built-in battery. With no means to replace it, there’s no quick fix to an empty battery. It also means that once these controllers die for good, you have no choice but to buy new controllers. What if, years from now, I want to play PS3 and there’s no new controllers available. Can I then only play them while connected to the system? I guess I’ll cross that bridge when I get there.

So far, I’m really liking the XMB. It’s very slick and clean. There’s definitely an air of luxury to it that the boxy XBOX 360 experience doesn’t have. It’s also not filled with advertising, which clutters the XBOX experience. It has its quirks, like all the current generation systems do, but as of writing, I’m liking the XMB the most.

The last thing I feel worth noting for now are the game update issues I’ve been having. It took three days for me to download the first Little Big Planet game update. For some reason, it would stall around 15% into the first update every single time. Plugging in an ethernet cable seemed to help, but it definitely wasn’t consistent. Once the update process finally got going, I then had to sit through 11 game updates that were downloaded and installed one at a time, which took about 15 minutes. Yuck.

In spite of the possibly negative slant of this post, so far I’m liking the Playstation experience. The hardware is slick, the interface is slick and for the most part, its doing what I need to do. The ability to play online for free is also a huge plus. For now, I’ll enjoy it for what it is and time will tell if it really does do everything.

46 thoughts on “Pick Up Post: I Bought A Playstation 3 That Supposedly Does Everything”