Street Fighter IV unlocked a whole new level of gaming for me. I didn’t really know what it meant to play games at their highest level until I discovered the Street Fighter IV competitive scene. For years, I was completely absorbed in every nuance of the scene, from watching every tournament stream, to putting in thousands of hours in hopes of someday fighting my heroes as a worthy adversary. I’m not on the grind like I used to be, but I’ve come out of that experience as a strong fighting game player with a deep passion for everything surrounding the scene.

For much of my formative years, I shunned rock music due to me being a hip-hop fan and my dad dismissing everything I listened to as trash because it wasn’t the rock music he worshipped. I developed a great resentment towards the genre because of this. Rock Band was the game that allowed me to connect with the music on my own terms. Guitar Hero was the first rock-based rhythm game I played, but Rock Band was the one that hooked me in with the four-player party experience and ongoing DLC that I bought almost every week for years. My positive vibes with the franchise went far beyond the console, as it inspired me to listen to more rock music and even try my hand at playing instruments!

A pioneer in Augmented Reality gaming, Pokemon Go took the gotta catch ’em all action to the streets. I became enthralled by the gameplay loop of visiting a place in the real world in order to catch Pokemon or battle for territory. The game has only gotten better with time and a slew of updates. Still play this one daily with no signs of slowing down! A space opera that might be too epic for this galaxy. Mass Effect 2 blew my mind with its masterful blend of action and roleplaying. Though it’s been a long time since I played it, the game is one I still think about frequently and hold in high regard as one of my all-time faves. 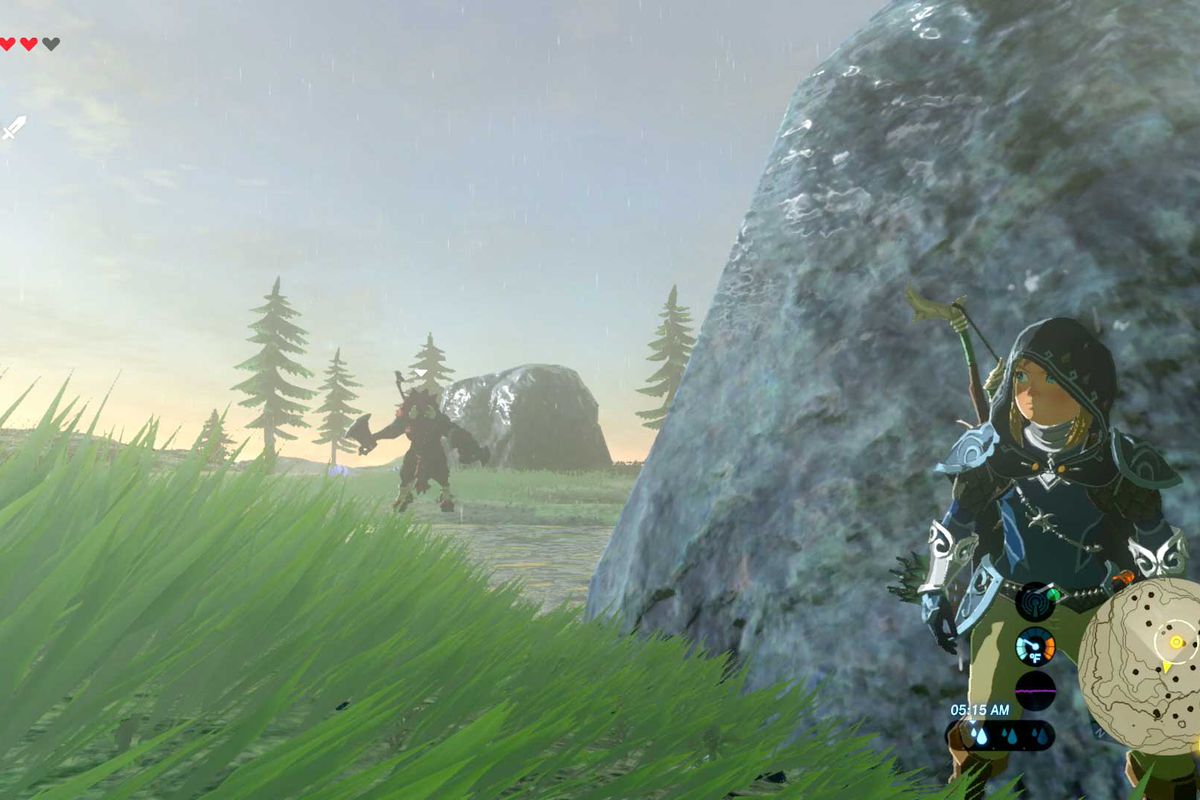 We’d never seen Hyrule quite like this. Link is dropped into a sprawling world where adventure just a steps away in any direction. For a good month or so, I basically lived in the world of Hyrule and didn’t want out. The Legend of Zelda: Breath of the Wild also served as the first of many great experiences I would have with the Nintendo Switch! Don’t dismiss this one as another 2D indie game capitalizing on the trend of 8-bit visuals. Celeste is a masterpiece on all fronts. Acting as a metaphor for mental health, the game takes you on a physical and emotional journey through challenging platforming levels, brilliant music, and a wonderfully-written story that weaves its way into the action unlike anything you’ve seen in a retro-styled game. I love how it plays. I love the story it tells. I love what the game stands for. Celeste is easily one of the best.

Telltale’s The Walking Dead was a pioneer on multiple fronts. It was one of the first big successes of episodic gaming. It also blazed the trail for modern adventure games. Taking the emphasis off of obtuse puzzles and placing the focus more on story, that game took me on an emotional rollercoaster unlike any other game had done up to this point. By the end of season one, I was moved to tears.

Don’t judge a game by it’s cover. I learned that lesson from Catherine. What appeared to be a seedy dating sim turned out to be much more than that. Blending a neat puzzle game with dating sim vignettes, it was a bizarre combination that confronted players with the subject of infidelity in a relationship; a topic largely ignored by gaming as a whole. I greatly enjoyed that experience to the point where I still don’t regret picking Catherine as my game of the year over Skyrim.

The board game that started it all for me. Tricked into attending a Dominion game night, I ended up becoming enamored by the strategic choices that the game asked you to make throughout. From there, I became a board game junkie, having bought well over 100 games since. For being my Trojan Horse to the medium (and being a great game in its own right), Dominion easily earns a spot on this list.

I’ve enjoyed a number of shooters in my day, but none quite like Overwatch. This hero shooter takes the emphasis off of shooting enemies and instead focuses players on completing objectives while working as a team. The game’s character designs from a visual and gameplay perspective also stand out, as they look great and they each have distinct strengths and weaknesses that prevent any one character from dominating the game. Though I dismissed it for a few years, it’s become a game I can’t put down.

Who would have thought that the evolution of Tetris would be battle royale? Facing off against 98 other opponents, Tetris 99 turns the all-time classic into the one of the most savage competitive gaming titles on the planet. Besides being an incredible game that only got better through ongoing updates, it became my go-to streaming title. Between being able to play the game at a pretty high level while maintaining a steady conversation with viewers seems to be my recipe for streaming success. We’ll see how long it stays in my rotation, but the game has solidified itself as part of my weekend streaming ritual!

What games have made a major impact on your life in the last decade?