With 2020 officially upon us, now is a great time to start fresh! We have a bunch of new items making their debut in the game room, including three new Pokemon plushies, art from Paris, the debut issue of a popular X-Men hero, and more! 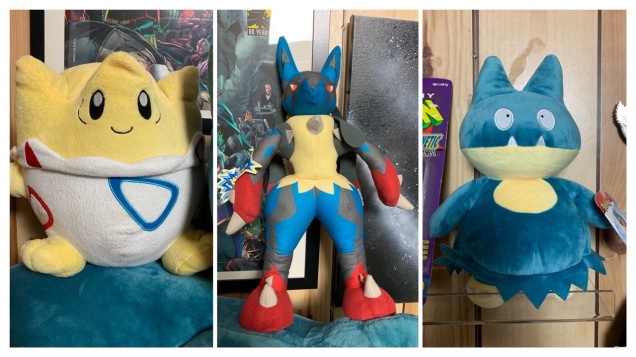 At the Toronto Toy & Nostalgia show, I stumbled across a previously-loved Togepi at a great price. Of course I adopted it! The following week at Fan Expo Holiday Market, a previously loved Lucario growled its way into my home. Finally, Munchlax immigrated to Canada thanks to Kris and Rachel over at Double Jump. Thank you! My basement Pokemon Center continues to grow and I’m all for it.

During Fan Expo Holiday Market, I got a number of free posters. The first one up is this Batman art drawn by legendary artist Jim Lee. While this art is clearly inspired by the Hush series, it features a number of modern touches that wouldn’t have been possible if this was originally from that era. For a series from the early 2000s, why does Harley Quinn look more like her modern iteration? And why is Robin holding a smartphone? I have a hard time believing Jim Lee redrew this whole thing, but maybe he did.

Richard Garfield has more monumental tabletop gaming titles on his resume beyond Magic: The Gathering. King of Tokyo is a smash-hit dice game that reimagines the Yahtzee re-roll mechanic into a Kaiju battle. The game is nearing its 10-year anniversary, but it’s still an excellent gateway game and one of my fave dice games! 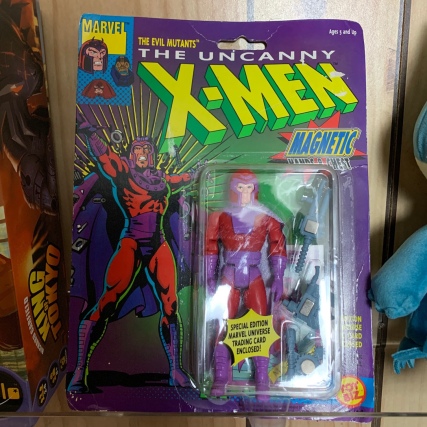 During the early 90s, I had a number of X-Men action figures from this particular toy line. Though I never had Magneto at the time, I now have a sealed version that I bought from a convention a few years ago. It’s not the first time I’ve paid tribute to the master of magnetism on stream, but will gladly do so for the sake of displaying this toy. 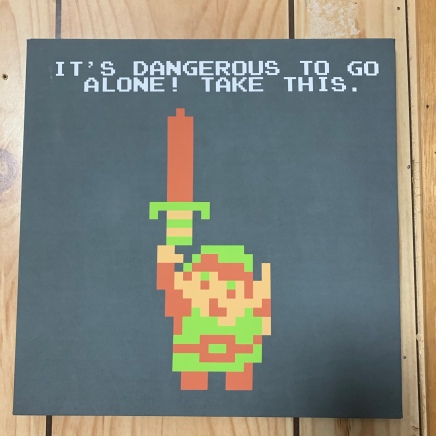 One of gaming’s most iconic moments is commemorated in this canvas art piece. Just like Munchlax, this one is from Kris and Rachel from Double Jump. Thanks again!

This is one of my first two pieces of spray paint art. Winter has shut down our paint studio (the backyard) but I’m excited to paint again in the new year!

Over the years, I’ve bought a bunch of artwork from Chasing Artwork. This one features Chell and GLaDOS from Portal. Cool piece of art to commemorate one of the coolest games ever!

A pair of Marvel comics make their debut. On the left is X-Men #266 where Gambit makes his first appearance. It’s not an original printing, but it looks great as decor. On the right is Squirrel Girl #4 with a cover heavily inspired by Marvel vs. Capcom. Can’t remember the particulars of this issue, but the cover is dope!

Two fancily-dressed women in a field looks just like two rugged warriors standing off in a field, right?

Flipping the backdrop is just the beginning of what I’m hoping will be a big 2020 for In Third Person! Hoping you’ve got a big year ahead of you too! What does your 2020 look like so far?