I adore my Elgato Stream Deck. Yes, it seems very pricey for a handful of buttons. And no, you probably shouldn’t buy the Stream Deck Mini because six buttons isn’t enough for most. However, my standard Stream Deck has proven to be more than worth it. With this device, it makes it so easy for me to seamlessly juggle between scenes, toggle audio sources on/off, activate my voice changer, trigger my sound board, and so much more. If anything, I’m pining for the Stream Deck XL so I can have access to even more buttons.

Regardless of how much I and many others may recommend this controller, it’s hard to overcome the sticker shock to really understand the Stream Deck’s value proposition. If you want a taste of what it’s like to have a Stream Deck but don’t want to pay Stream Deck prices, consider these alternatives. 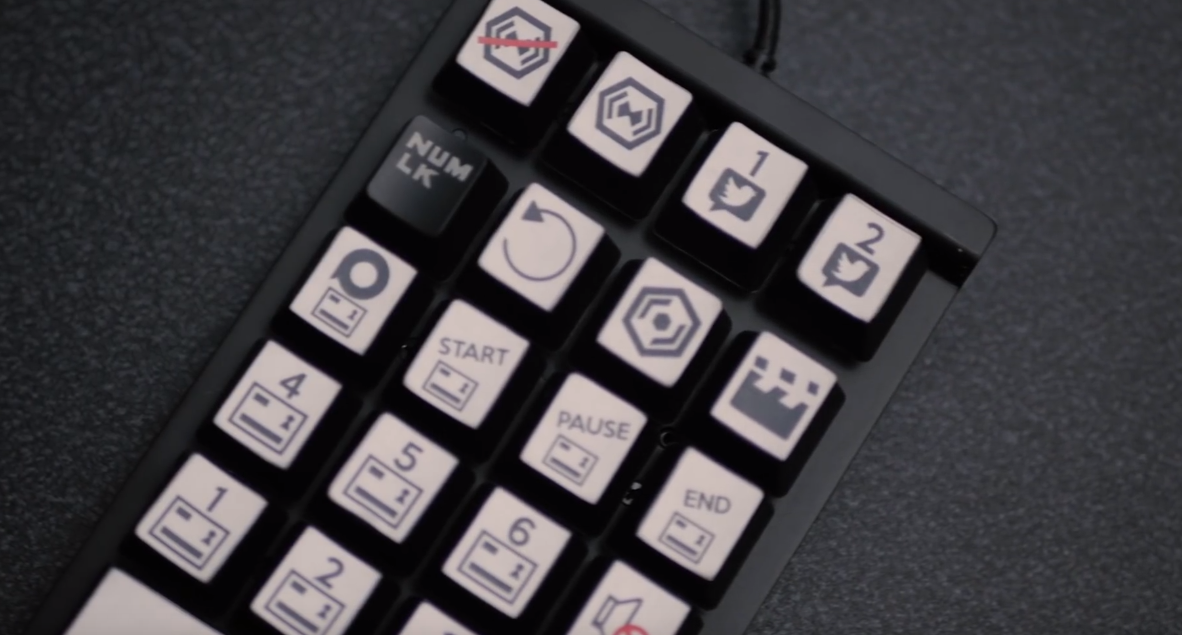 If you just need extra buttons, why not get your own? Technically, one can achieve the effect of a Stream Deck with any keypad and access to HID macros. Add a little bit of DIY by making your own labels and there you go! Even if you buy a new numeric keypad, the cost of creating a stream controller in this way is much cheaper than Elgato’s solution.

That said, there are some major drawbacks to this approach. One, it’s not exactly a clean process to set up HID macros on your keypad. Two, you’re going to have to manually make your own labels for each button. Three, if you ever need to change the functionality, you’re going to need to dig into your code and adjust your labels on your keypad. Finally, you’re losing out on all of the special functions that Stream Decks provide, such as support for multi-action buttons.

If you want something physical and cheap – and don’t mind the legwork – this isn’t necessarily the worst way about it. However, it’s going to be a pain to set up and even more of a headache to maintain if you regularly update your buttons.

Using the phone you already have, you can have an Elgato Stream Deck right now thanks to the Stream Deck Mobile app. This gives you access to pretty much everything a Stream Deck can do, such as multi-actions and support for third-party apps like Voicemod. With a one-month free trial, you can get a taste of what the Stream Deck experience is really like.

If you decide that you want to use it after the trial, you’re going to have to pay for a subscription. There are monthly and yearly options, both of which are much cheaper upfront than buying a Stream Deck. Sadly, there isn’t a way to buy access outright. Also, you lose out on the tactile feedback of physical buttons. Furthermore, be careful with how long you use the app, as prolonged use may burn the interface onto your screen.

Want a stream controller that’s free? Streamlabs Remote Control offers just that! However, you get what you pay for.

Its biggest drawback is that it’s only compatible with Streamlabs OBS. Classic OBS users need not apply. Furthermore, you only get a handful of functions, such as going live, switching scenes, and toggling audio sources among a few more. You won’t get support for third party applications or multi-action buttons. You’re also losing out on tactile feedback and the added concern about burn-in.

Lots of limitations, but if you want a fast and free solution you can try right now – and if you use Streamlabs OBS – this might be just enough to get you started. 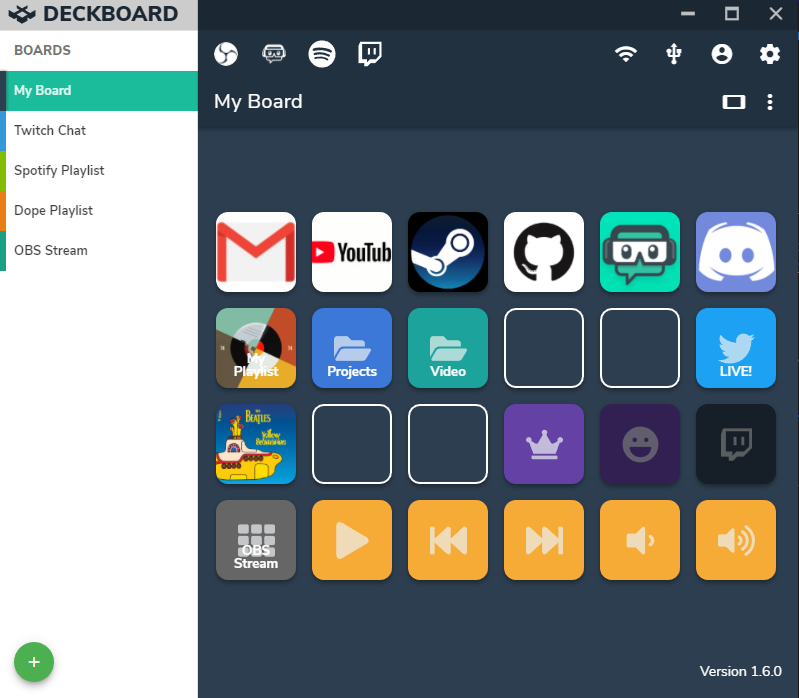 There are other solutions such as Deckboard, Touch Portal, and LioranBoard. These work similarly to the Elgato Stream Deck Mobile and Streamlabs Remote Control. Pricing and exact functionality vary between the three, but they generally do the same thing as the other solutions listed.

Of those, I only have experience with LioranBoard. It’s an incredibly powerful tool that I use for all of my Channel Point effects. Unlike many of the alternatives on the market, LioranBoard has support for multi-action buttons. It even allows you to do specific actions that a Stream Deck can’t, such as being able to trigger sources without having to specify which scene it’s on. This allows me to trigger two variations of the same effect with one button depending on which scene I’m on. It’s potential has yet to be fully-mined, as it has support for an assortment of programming commands.

However, it’s kind of a pain to install and use. My antivirus went nuts when I first tried to install the official version, which you can get here. Creating commands isn’t as simple as a Stream Deck. Also, I absolutely cannot stand its error music for commands that don’t work. Also worth noting that this only works for OBS and not Streamlabs OBS.

Nevertheless, LioranBoard is a free and incredibly powerful alternative that you can use on your PC or on your Android phone.

After you get a mic and a camera, I think a stream controller is the next key piece of equipment to add to your stream. Even though I’ve laid out a bunch of other options besides the Stream Deck, I’d still recommend skipping all of these and just buying a Stream Deck or Stream Deck XL as your primary controller. Then look into something like LioranBoard or Touch Portal for the Channel Point functionality.

Nevertheless, for those who aren’t ready to take that plunge, I hope these alternatives work for you. At the very least, they should be enough to prove how valuable a stream controller can be before shelling out the funds for an Elgato Stream Deck. Try them all and see what works best!