I try to protect my video and streaming output from copyright violations. Under the Digital Millennium Copyright Act, multiple copyright violations – such as the unauthorized use of licensed music – can get your account permanently banned. As much as I love Ariana Grande, I know that major record labels that house top artists like her are scanning the internet non-stop and issuing DMCA strikes to everyone who dares to broadcast their music. Because of this, I use DMCA-safe music such as StreamBeats to help set the mood for my streams without putting my accounts at risk.

However, you can be subject to copyright claims, audio muting, and DMCA strikes for more than just the music you play outside of the game. In-game music can get you in trouble too. Was most recently reminded of this thanks to Rogue Company.

Just because you own the game doesn’t necessarily mean that you have the right to broadcast said game. Technically, if the gaming industry wanted to, they could exercise their legal right to stop you from broadcasting their works. For a time, Nintendo forced content creators playing their games into a gross revenue split program or else have Nintendo demonetize any of your videos featuring their games. Atlus still enforces their copyright by preventing content creators and streamers from showing their games beyond certain points to “protect others from spoilers”. Even so, most game companies let streamers and content creators slide because it doubles as free advertising for them. In some cases, it’s actually paid advertising when they pay streamers to showcase their wares. 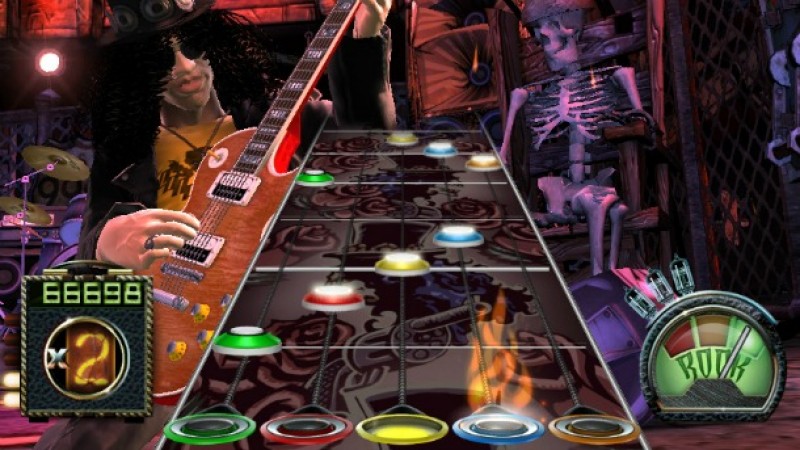 While game companies are fine with you streaming their games, the music industry generally isn’t fine with you broadcasting their music in any form. When they license music for games like Guitar Hero, that license allows game owners to listen to that music for themselves. What it doesn’t allow for is the broadcasting of said music to others.

Playing games like Guitar Hero, Just Dance, and Fuser are basically death traps for streamers and content creators. Automated systems such as Audible Magic used by Twitch and YouTube’s Content ID system will mute your videos and get your work demonetized. Anything that doesn’t get muted could still put you at risk of receiving a DMCA.

DMCA strikes are a manual process, so it’s less likely that you’ll receive one. That said, if you do, you’re going to be in a bad spot. DMCA systems generally favour the claimant, even in situations where it’s a false DMCA. Three strikes and you’re out. You could literally lose your YouTube or Twitch channels with a 9-minute stretch of content where you have three licensed songs playing in the background back-to-back-to-back. You’re better off doing everything you can to avoid this outcome from ever happening.

Music and rhythm games are the most obvious threats, but other genres feature licensed music that also puts you at risk. For example, don’t play the radio in Grand Theft Auto, as all of that music is licensed. Most recently for me, I got a copyright claim on YouTube for Rogue Company, as its Content ID system flagged the main menu music created by Run the Jewels.

Investigating this issue further, it seems that others on Twitch have had their VODs muted due to the in-game music. I found this official response from Hi-Rez Studios.

Despite the music being part of the game, even the devs are saying that you can’t stream or create content with the game music on due to copyright. On YouTube, I’ve muted the offending segments. On Twitch – where I wasn’t flagged but am still technically at risk – I deleted those VODs entirely. Going forward, I will be streaming it with the music off.

Copyright is messy. And it’s bigger than a Twitch or YouTube problem. While these rules are meant to protect artists from having their work pirated, it leads to a lot of muddy areas like this where streamers and creators can be at risk unless they dig deeper into copyright law and who enforces what. Yes, the copyright laws need to be rewritten for modern times, but don’t hold your breath on that happening anytime soon.

Unfortunately, ignorance won’t save any of us from getting our content muted or hit with copyright strikes. If you’re going to stream or create video content in particular, do at least a bit of research on what you can and can’t use. I’d recommend Devin Nash’s DMCA Resources Guide as a starting point. And please be mindful of the in-game music. Anything created by an artist represented by a record label is probably unsafe for use. As a rule-of-thumb, pretty much anything you’d hear on the radio is a no-go. Be safe out there!