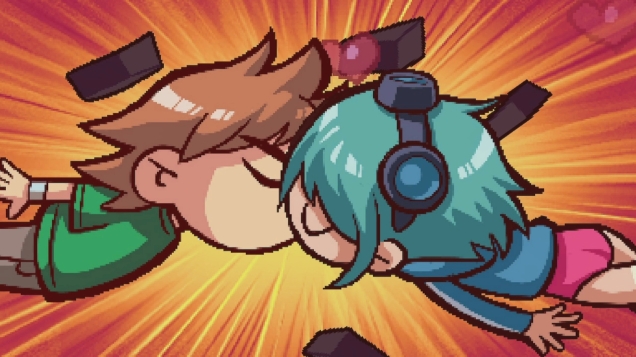 Does the game still hold up to modern scrutiny though?

In certain ways, absolutely. Forgoing polygonal graphics, Scott Pilgrim goes with pixel art graphics and chiptune music. Not only does it look and sound great, but it also harkens back to the art style of the comics. The pixel art look might be a bit more cliche these days, but the game is always going to present well.

Helping out matters a bit is that the game comes with all of the original DLC. In case you missed it, there’s a bit more content to work through. You’ll also get access to online play with friends or strangers.

Running through the streets of Toronto and punching stuff is still enjoyable at a root level. What set the game apart at the time was that it borrowed a few key elements of River City Ransom, such as the ability to level up your character, unlock new moves, and buy power-ups as items from stores. Having these additions does help to keep things a bit more interesting vs. your standard beat-em-up.

However, the game that inspired Scott Pilgrim vs. The World: The Game goes a step further. River City Girls gives players access to a wider move set, more interesting combos, more interesting ways to develop your characters, and a much more involved story. Sure, the vignettes that usually end with Scott and Ramona are cute, but River City Girls feels like a much more fleshed out experience than Scott Pilgrim vs. The World.

The game’s design really shows its age on a few key fronts. For one, the game’s levels are overlong to the point of absurdity. 20-25 minutes of walking left and punching people in the face without at least a change of scenery can really drag.

The problem amplifies when it comes to how the game handles death. With no checkpoints, you have to start every level from the very beginning if you lose all your lives. For me, this essentially played out with me beating a level and then not having enough stocks to get through the next one. Most of the time, it was better for me to let the computer kill me and restart vs. playing as far as I could and having to redo everything when I inevitably die to a lack of lives. Repeating large swaths of content content even at the game’s base difficulty is basically inescapable. Why didn’t the game have better checkpoints? This was a problem back then and even more of a glaring issue now.

Another head-scratching level design choice was the section leading up to the final boss battle. It’s a timed sequence where the game wants to you to fight for the full duration of the clock. The farther you go, the lower the health penalty you take when the section ends.

However, it’s actually way more advantageous to fight the bare minimum and take the max penalty. Instead of possibly losing multiple lives, you can just lose your current health and kick into your guts health by fighting the first wave and sitting around for the next four minutes. Why this was left in as is still confuses me.

It all concludes with a maddeningly-frustrating final battle. The fight is okay until the very end, when the boss can easily catch you in a death loop that’s at times, impossible to escape. With multiple players, it’s manageable. Fighting alone though like me, and I spiked my controller into the ground many times over. 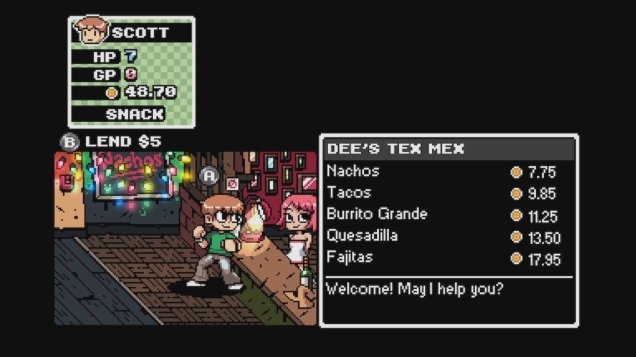 Is Scott Pilgrim vs. The World: The Game still fun to play? Yes. Does it still stand toe-to-toe against modern beat-em-ups such as River City Girls or Streets of Rage 4? Not really. Does its quality actually matter whether one should purchase this one? Kind of?

For many – including me – buying Scott Pilgrim now isn’t so much about getting a top-tier action experience. It’s more about saving a cult hit game with sentimental value from rotting in the dregs of outdated hardware. You can now grab these games on modern consoles or buy it on PC and have it “forever”. If you have any interest in this one, grab it before it eventually disappears from digital stores yet again.

Tangentially-related, can we take a moment to talk about the soundtrack from the film Scott Pilgrim vs. The World? The music in that movie is so good, especially from Scott’s band Sex Bob-Omb! This is my favourite song of theirs, “Garbage Truck”.

The movie is still pretty good too, save for some problematic jokes that have only aged worse with time. Still worth watching nevertheless! 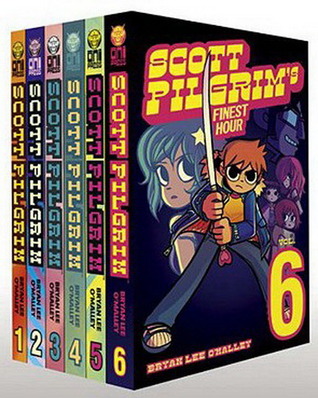 One thought on “Does Scott Pilgrim vs. The World: The Game Still Hold Up?”