For most of my life, I have actively avoided PC gaming. I was scarred by bad experiences in the early 90s such as that time when my underpowered 386 couldn’t run Doom at all. Furthermore, I didn’t have the resources to spend thousands on a rig capable of playing modern games.

I’m only in a position now where I can play on PC by virtue of my streaming hobby. Sorely in need of a PC capable of handling my streaming and video editing needs, it just so happens that a video production PC can double as a solid gaming PC.

A few months into my PC journey, here’s how things are going thus far.

The upfront cost of PC gaming is still a major hurdle for many. With the current generation of consoles being as beefy as they are, you can’t build a PC of equivalent power at anywhere near an equivalent price. Assuming you’re starting from scratch and the other benefits of PC gaming don’t matter to you, then a PlayStation 5 or an Xbox Series X would provide more bang for your buck.

But my decision to build a PC wasn’t made in a gaming-only vacuum. I wanted a PC capable of handling my streaming and video editing needs. While one can technically stream directly from a PlayStation or Xbox, the amount of control a streamer gets on a console falls well short of what one can do with a PC and capture card. Furthermore, I mostly stream Nintendo games, making the PC a necessity.

Whatever your use case is, the upfront investment becomes easier to justify once you factor in all of the other things you want that PC to do. You’ll also make up the difference in other ways, but we’ll get to that later.

When I saw a relative in the mid-90s open up his computer and noodle with PC components and miles of ribbon cables, I decided that PC building wasn’t something I ever wanted to do. If one so chooses, you can still buy a pre-built machine and save yourself the trouble. However, I got talked into building my own by friend and IT professional fakeghostpiraterobot. He said the process wasn’t as bad as it used to be and that I could build a more capable PC for the same price as a weaker pre-build.

Picking the parts was actually more agonizing than actually building the PC. Again, fakeghostpiraterobot was a lifesaver. Over the course of many months, he taught me what parts I needed, what each part does, and how changing certain variables would impact the overall build.

Actually putting the PC together wasn’t as bas as I thought it would be. There were some headache-inducing moments – especially for the RGB wiring – but most of the experience felt like playing with big Lego bricks. In the end, the computer I built works great!

Going forward, I will continue to build my own PCs. The experience wasn’t as agonizing as I thought it would be, and I learned so much along the way. There’s also a great sense of ownership that comes with having bought every part and assembled it myself.

But for those who would prefer to buy a ready-built machine, I still respect that choice too. It may not be the best value, but what you spend extra for the build, you’ll save in time and potential headaches.

Many a PC player is quick to brag about their seemingly-bottomless library of games. Now that I’m in the ecosystem, it’s easy to see why. Without really having put much thought into it, my collection is a few dozen games deep thanks to aggressive sales, free games, and PC-exclusive titles.

One of those PC-exclusive games is Them’s Fightin’ Herds. This My Little Pony inspired fighting game is one that I’ve been curious to try out for ages. Thanks to finally having a PC and it being on sale through Humble Bundle, I was able to finally give this one a go. Though I may not stick with it for long, I’m pleasantly-surprised to experience how great of a fighting game it actually is.

Another added layer of savings comes from not having to pay for online play. Granted, all three console manufacturers supply free games as part of their service to compensate, but I rarely play the games that come with. Between the two, I’ll take the free online over paid online and a bunch of games I’ll never play.

Up until now, I have made it a point to play with keyboard and mouse controls on PC as much as I can. As a lifelong controller-user, this continues to be my biggest uphill battle.

Even so, it’s clear to me how much better mouse aim is versus controller. Playing Overwatch on PC almost feels like a different game due to how differently players shoot and maneuver. I’m in the middle of transitioning to Rogue Company on PC and I greatly appreciate having better control over my aim. While I won’t turn my nose up to the idea of playing shooters on a controller in the future, keyboard & mouse is going to be my shooter platform of choice going forward.

In games where I want to use a controller, basically every modern controller is supported. That said, it’s disappointing that none of my old Xbox arcade fightsticks work.

Graphic settings are only now becoming an option in console gaming. Even then, the variables you get to control are minimal.

On PC, you get many more options that allow you to find the perfect balance between resolution, graphical fidelity, effects, and frame rate. Admittedly, a lot of it is still overwhelming to me. Having a beefy graphics card and a monitor that maxes out at only 1080p 60fps makes it easy for me to just crank things to the max. But during instances where I’ve needed to tone things down in order for the game captures to look better on stream, I’m grateful for the additional controls.

Only one game has really flubbed the graphical settings for me and that’s Street Fighter V. Setting the graphics any higher than medium triggers this motion blur effect that makes the game impossible to play. With both characters constantly moving in-and-out of blur, the game becomes illegible.

Unfortunately, Capcom not only forced the effect into the game, but they didn’t give players the option to change it within the menus. You actually have to manually edit an INI file deep within its folders in order to disable the blur. Again, I’m grateful to at least have an option to disable it. But Capcom’s decision to have it on by default and not give players the ability to easily disable it is outright baffling.

I…really like the world of PC gaming. Tons of games to choose from at generally-cheaper prices. The games run better while giving you more control over how they run. You get more controller options, including the coveted keyboard and mouse. Not having to pay for online play is great too. In many regards, the PC platform has the edge over console gaming. Factor in how much better PCs are at streaming games and all of the extra utility one can squeeze out of a computer, the fight is arguably not even fair, even when you consider the steep barrier to entry.

But will I abandon console games to go full PC master race? Not quite yet. The Nintendo Switch will continue to stay in my regular rotation due to its exclusive games and a console form-factor that makes it incredibly convenient to game just about anywhere. I’ll also continue to buy exclusive PlayStation games or titles where it just makes more sense to have them on the PlayStation versus the PC.

The only console that seems to be poised to be left behind by me is the Xbox Series X. With every first-party Microsoft game also coming out on PC within a reasonable timeframe, there’s essentially no reason for me to get one. Looking forward to playing Xbox games on PC though when something in their first-party library catches my fancy! 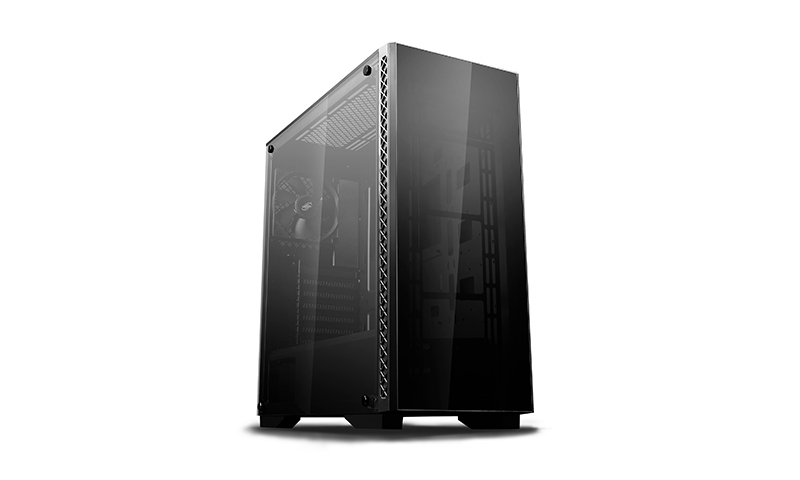