Decades have passed since we last saw Streets of Rage. Despite a few blips here and there, the beat ’em up genre has long since fallen out of favour. It’s going to take more than just walking to the right and punching waves of enemies in the face to stand out in today’s gaming climate.

Streets of Rage 4 still has a lot of walking to the right and punching enemies in the face. But does it do enough to satisfy players in modern times?

Set 10 years after the last game, a new crime syndicate led by the children of Mr. X is attempting to take over Wood Oak City. Blaze and Axle return with new allies to take back the city from the Y Twins (groan).

Corny names aside, I was actually taken aback by how much overt and subtle storytelling the game contains. There are cutscenes between each mission that push the plot forward in meaningful ways.

Furthermore, I appreciate a number of little touches that add further context to the action. For example, one boss fight has a brief pause when the boss calls for backup, which is then followed by bombs raining down from the sky. The bombs could have just happened, but taking that moment to show why the started was a nice touch.

Even the world map that displays before the start of each level amplifies the story in a very specific way that I won’t go into due to spoilers. When that thing happened though, I was actually taken aback by how simple, yet clever it was at conveying the significance of what just happened.

Nevertheless, the game unmistakably a beat ’em up in the Streets of Rage style. Though its graphics aren’t pixelated like the original, it still retains a 2D retro look while. Furthermore, the electronic music blaring throughout is spectacular and exactly what you’d expect from a game bearing the Streets of Rage name.

And just like the rest of the games in the series, you’re also still walking mostly from right-to-left, punching everything in sight. You can still just mash the attack button if you want, but the game does have a bit more depth if you want it. As with many older beat ’em ups, your characters have access to special moves that hit very hard but also hurt you. However, Streets of Rage uses the concept of “gray life” often found in fighting games where the damage can be healed if something specific is done. In this game, you can recover all of the lost health from a special move by landing enough attacks before getting hit again. Furthermore, there is a bit more room for players to create combos using their techniques and a bit of teamwork. Again, not necessary to play it this way, especially at the lower difficulties, but it’s there if you want it.

Speaking of which, the game has multiple difficulty settings to fine-tune the experience to your liking. My brother and I played on normal and were just fine until the brutal final level. Thankfully, during the game over screen, you have the option of activating assists, which give you extra lives and stars in exchange for a scoring penalty. In this case, I gladly ate the scoring penalty so my brother and I could beat it in one sitting.

Its surprisingly robust feature set doesn’t end there. Four players can enjoy the game locally or two can play online. My brother and I played online and didn’t notice any sort of lag or technical hitches. You also get access to a few extra modes, such as stage select, boss rush, and a frivolous versus mode. Heck, post-launch, the game has gotten a few rounds of free DLC, adding new playable characters you can use to bash your way through the city.

Streets of Rage 4 finds a great balance of classic and modern. There’s no mistaking it as a homage to the past, but its slick presentation, host of accessibility options, and a bit more depth to its button-mashing combat make it a great game in modern times. It serves as a welcome homecoming for longtime fans while also being a good gateway for new players looking to crack some skulls. 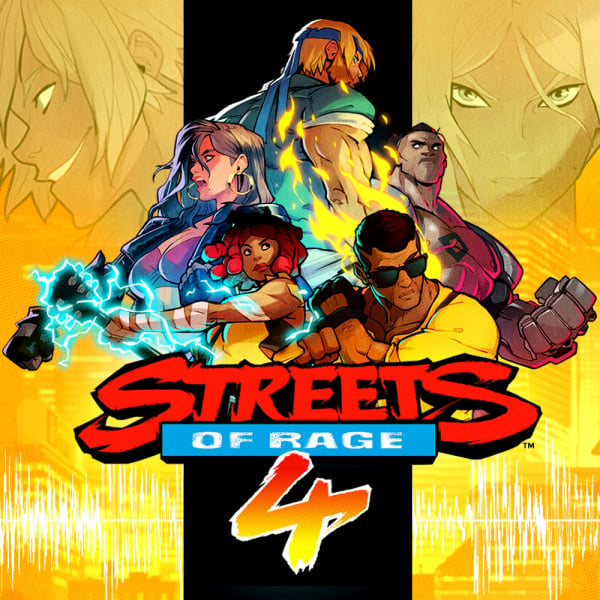