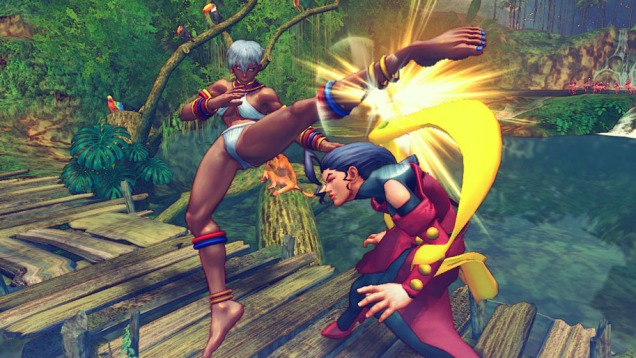 Everything in life has a physical and mental aspect to it. Fighting games are no different. The physical element comes down to your ability to execute the maneuver you want at the time you want it, regardless of the circumstances that may make you mess it up. When it comes to improving one’s ability to play a fighting game, most guides and training aids will focus on the physical aspect of fighting games.

END_OF_DOCUMENT_TOKEN_TO_BE_REPLACED

Fraud detected! Though I may be lukewarm on Divekick, that doesn’t mean I can’t provide any useful tips for players looking to be the next Uncle Sensei. Head over to Splitkick for all of the details!

Check out the Kickstart Guide to Divekick on Splitkick.com

Ultimate Marvel vs. Capcom 3 is still one of the best and hottest fighting games around. If you’re a beginner-level player and are looking to improve your skills, my Kickstart Guide on Splitkick might be the boost you need!

Check out the Kickstart Guide to Ultimate Marvel vs. Capcom 3

Since his release as a DLC character in Injustice: Gods Among Us, Scorpion has quickly risen in popularity. This is partially due to him being the most recognizable character from Mortal Kombat, but also because he seems unstoppable. At this point in the game’s life, you’re bound to run into a ton of Scorpion players that are all abusing the same stuff. With this mini guide, you won’t have to just sit there and take a beating from this demon ninja. Instead, give him hell with these tips!

END_OF_DOCUMENT_TOKEN_TO_BE_REPLACED 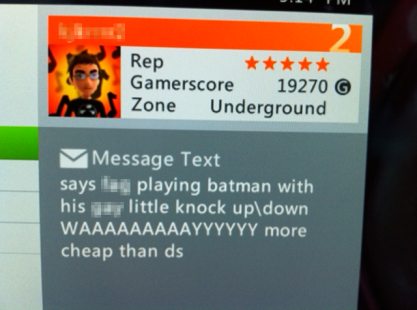 (one of many hate messages I received from a salty Deathstroke player in Injustice: Gods Among Us)

I hate the word ‘cheap’. In the world of fighting games, ‘cheap’ is most overused and misused word in the vernacular. It is a word that does more damage to the fighting game community than most people think. When someone takes a loss, many are quick to dismiss their own mistakes and learning opportunities by using the word as a flimsy crutch. With that mentality, most players will never get anywhere in a fighting game.

Losing to something ‘cheap’ isn’t the problem. Odds are, what you lost to wasn’t cheap at all. Heck, if you were willing to put in the time and effort to actually improve your abilities, you probably could have a viable counter ready for any tactic that is perceived as cheap. In this edition of the Universal Fighting Game Guide, we’ll talk about the word cheap, what it means and why you should stop using it immediately for the sake of your growth as a fighting game player.

END_OF_DOCUMENT_TOKEN_TO_BE_REPLACED

This assassin-for-hire immediately became public enemy #1 upon the release of Injustice: Gods Among Us. Players of all sorts are crying foul over his seemingly cheap tactics. Instead of sending your Deathstroke-playing opponent whiny hate messages when you lose, why not take the beating to him instead? In this post, I’ll outline a few strategies and tactics you can use to subdue him once and for all.

END_OF_DOCUMENT_TOKEN_TO_BE_REPLACED

The recent release of Injustice: Gods Among Us has brought forth a new wave of players immediately flocking towards characters and tactics that some may define as ‘cheap’. As of writing, Deathstroke is a wildly popular character because his gun special moves seem to do a great job at keeping others at bay. Sinestro is also a popular choice, as players early on are struggling to get away from his boulder drop. This has sparked a lot of whining and complaining from others whose only defence is to cry foul.

Yes, I’ve lost to my fair share of Deathstroke and Sinestro players, but this edition of the Universal Fighting Game Guide is not here to chastise these supposed cheapskates. Instead, I want to talk about the phenomenon of day one tactics and why players should spend more time playing instead of whining.

END_OF_DOCUMENT_TOKEN_TO_BE_REPLACED 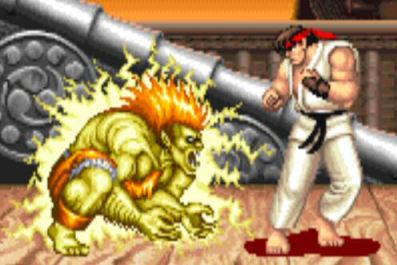 END_OF_DOCUMENT_TOKEN_TO_BE_REPLACED

Back in the old days of fighting games, you only had to worry about one meter: the life meter. As long as that meter didn’t run out, you were golden. However, as the genre progressed, so to did the number of meters you were required to manage. Today, almost every fighting game has some sort of super/EX/resource meter that grants you additional moves at the cost of the resources in your meter. In this edition of the Universal Fighting Game Guide, we’re going to cover resource meters and how to leverage them to your advantage.

END_OF_DOCUMENT_TOKEN_TO_BE_REPLACED

Since the hey day of fighting games, the throw as a maneuver has received a lot more heat than it deserves. In the early days of Street Fighter II, I remember going to the arcades and hearing other kids talk about how the throw as a move was ‘cheap’ and that people shouldn’t use it in fights. Even now, I still get hate messages on XBOX Live and PSN about my use of throws in a fighting game, regardless of what game I’m playing.

Particularly around entry-level fighting game players, there’s a weird dichotomy at work where there’s a group of players who think throws are super awesome and will exploit them at every turn, and another group of players who actively handicap themselves by not using throws because of some phony gentleman’s rule that’s reached urban legend status. In this edition of the Universal Fighting Game Guide, we tackle the art of the throw, which is a key element to almost every fighting game ever made.