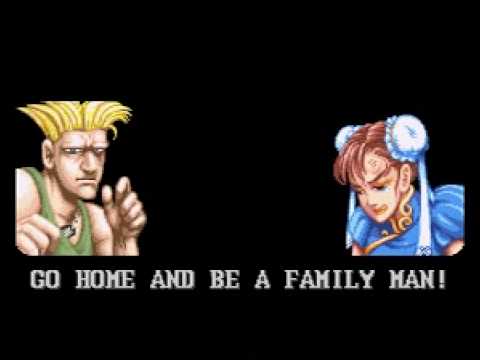 I consider myself to be a massive fan of Capcom fighting games. I’ve poured in thousands of hours into everything they’ve put out since Street Fighter IV, and was a always a fan of Street Fighter II. However, it’s gotten increasingly hard to ignore the calamity of errors that follow every fighting game release. Let’s run through a bunch of them from the last few years, shall we?

END_OF_DOCUMENT_TOKEN_TO_BE_REPLACED

In a recent interview with Famtisu.com, Capcom producer Yoshinori Ono had some interesting things to say about the future of Street Fighter X Tekken.

Ono: In Street Fighter X Tekken’s case, if we’re able to get just a little more development budget allocated to the project, I think we might release one more patch for the game. We’ve even got the details of what we’d change in the patch planned out.

Tsubaki: Is that so!? But in all honesty, what I’m hoping for here is a sequel to the game. After all, even with Capcom vs. SNK, it wasn’t until CvS2 that it became a huge hit. Even today it’s still hailed as an incredible fighting game. So I was hoping for a similar development to happen with Street Fighter X Tekken.

Ono: That’s what I’ve always been telling the company too. But at the end of the day, there are just some brick walls that a salaryman can never overcome *laughs*. For instance, if a game doesn’t sell over 2 million copies, then we’d have to put the brakes on any plans for a sequel. All that means is that we weren’t capable enough. And all we can do after that is to reflect on the experience, take what we can learn from it, and try to apply those lessons on some other title.

Having thought that the game died a long time ago, it’s interesting to see anything about it now. Does the franchise deserve another shot?

END_OF_DOCUMENT_TOKEN_TO_BE_REPLACED

While Injustice: Gods Among Us might be the new hotness, it doesn’t mean that Street Fighter X Tekken is chopped liver. Heck, after the major balance patch earlier this year, it is more worthy of your time now than it ever has been. If you’re looking to get into the genre’s ultimate mash-up, may I suggest you take a look at my

Check Out The Kickstart Guide to Street Fighter X Tekken At Splitkick.com!

Up to this point, this match made in fighting game heaven has been anything but. Having lost many of its potential fans through the on-disc DLC debacle, and a myriad of gameplay issues (among other things), this seemingly sure-fire hit has been the biggest bust in the genre for quite some time.

With that said, fighting games always evolve. From Street Fighter II to Super Street Fighter II Turbo, it can take a few iterations before perfection is found. Capcom is hoping that they get it right the second time with Street Fighter X Tekken Version 2013, which is a free major patch being introduced tomorrow.

END_OF_DOCUMENT_TOKEN_TO_BE_REPLACED

Let’s get this point out of the way: Mass Effect 3 is not my most disappointing game of 2012. Sure, I am as butt hurt as everyone else over its terrible ending, but a terrible ending isn’t enough to completely sink a game that is really good otherwise. Instead, my vote for most disappointing game of the year goes to a title that started out great, but ultimately fell way short of my expectations.

END_OF_DOCUMENT_TOKEN_TO_BE_REPLACED

Capcom’s track record with porting their fighting games to mobile devices are hit-and-miss. While their work with the Street Fighter IV series set the standard, their ports of classic fighters have been mediocre to poor. What sets those apart is that Capcom really took the time to optimize Street Fighter IV for mobile, while the rest are simply shoehorned in. Thankfully, Street Fighter X Tekken Mobile is not an example of the latter.

END_OF_DOCUMENT_TOKEN_TO_BE_REPLACED

Back in the old days of fighting games, you only had to worry about one meter: the life meter. As long as that meter didn’t run out, you were golden. However, as the genre progressed, so to did the number of meters you were required to manage. Today, almost every fighting game has some sort of super/EX/resource meter that grants you additional moves at the cost of the resources in your meter. In this edition of the Universal Fighting Game Guide, we’re going to cover resource meters and how to leverage them to your advantage.

END_OF_DOCUMENT_TOKEN_TO_BE_REPLACED

I’ll never forget my first few hours at Toryuken, Toronto’s most recent major fighting game tournament. Scrambling for someone to partner with me for Street Fighter X Tekken, I was repeatedly rejected by dozens of players, all of whom claimed to not play the game. Inside the main room, not a single station was running the game. As the tournament was nearing its start time, one of the tournament organizers got on the mic and asked the community if it was alright if they set up a Street Fighter X Tekken station, and the crowd roared with boos. Though I’d seen a number of negative comments about the game by players in blogs, and message boards, seeing the hate manifest in that way made the sentiment really hit home for me.

Players have had no shortage of reasons to dislike this game, from its on-disc DLC, to the inclusion of the controversial gem system, to its garbled mess of gameplay systems, one game-breaking glitch, and then some. Starting now, however, Capcom is hoping to take steps to reinvigorate this under-performing title.

END_OF_DOCUMENT_TOKEN_TO_BE_REPLACED

Since the hey day of fighting games, the throw as a maneuver has received a lot more heat than it deserves. In the early days of Street Fighter II, I remember going to the arcades and hearing other kids talk about how the throw as a move was ‘cheap’ and that people shouldn’t use it in fights. Even now, I still get hate messages on XBOX Live and PSN about my use of throws in a fighting game, regardless of what game I’m playing.

Particularly around entry-level fighting game players, there’s a weird dichotomy at work where there’s a group of players who think throws are super awesome and will exploit them at every turn, and another group of players who actively handicap themselves by not using throws because of some phony gentleman’s rule that’s reached urban legend status. In this edition of the Universal Fighting Game Guide, we tackle the art of the throw, which is a key element to almost every fighting game ever made.