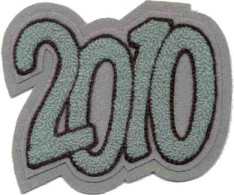 I’m at a crossroads. I’ve been here for quite a while. We as gamers were spoiled this year, with zero slowdown in quality output. There was no lull or dry spell in gaming releases this year; we got top-quality products all-year round.

With that said, I’ve been at a crossroads because two games stand head and shoulders above the competition to me. I’ve been flip-flopping back and forth on which one I think deserves the overall game of the year title, but I just can’t do it. This isn’t necessarily a bad problem to have, but if you’re expecting one be-all-end-all game of the year choice from In Third Person, I just can’t do it this year. Instead, I present to you my Favourite Game of 2010 and my choice for Best Game of 2010.

The Street Fighter IV series continues to dominate my life. Beyond spending over 300 hours playing this game, I’ve bought, received and broken multiple fightsticks over it. I’ve bought multiple copies of it (XBOX 360 and PlayStation 3) so that I could play with all of my friends. I wrote a ton of blog posts about the game. I actively follow the scene through websites, message boards and live streams. I even participated in my first ever video game tournament, where I had a decent showing at the Fan Expo Super Street Fighter IV tournament. To say that I love this game would be a terrible understatement.

Personal fandom aside, Super Street Fighter IV is the premier fighting game out right now and one of the overall best games to hit the market this year. It provided players with everything they wanted out of last year’s game and even offered it at a lower price point. If you have even an inkling of interest in the fighting game genre, this is the game to get.

Why It’s Not Overall Game of the Year

The one knock I have against it isn’t even necessarily fair. The reason I can’t just flat-out give the crown to Super Street Fighter IV is that it’s an iterative step from last year’s game. This was Capcom’s intent all along with this game, which is why knocking it is sort of unfair. As a hardcore Street Fighter player, I eat up minor things like changes to damage output or one’s ability to juggle into ultra off of a traded counter hit. For me, there was more than enough to justify the asking price and drop hundreds of hours into it. However, most people probably just see it as last year’s game with 10 new characters and bonus stages.

There aren’t that many gaming experiences that ever made me stop and say, “Wow.” Mass Effect 1 was really good, with a few really annoying catches. Mass Effect 2 though…wow. I was completely absorbed into the game’s amazing story, presentation and gameplay. They fixed everything I didn’t like about the first game and made everything I liked about the original better. For a week of my life, I did practically nothing except play Mass Effect 2 from start to finish. By the end of it, I was completely absorbed into the universe and ready to play the third game. I have a feeling that when we look back on this generation, Mass Effect 2 will stand out as one of the best game’s from this time period.

Why It’s Not Overall Game of the Year

Aside from the mining mini game, there isn’t much to objectively complain about. However, the game did not have the staying power to me like Super Street Fighter IV did. Granted, Mass Effect wasn’t made to be that type of game, but I didn’t spend nearly as much time with it. I played it to completion and never felt compelled to play it again or try the DLC.

I love both of these games. However, I have a hard time choosing one over the other because they’re apples and oranges in a way. I look for two very different things from both games and they both delivered. There’s also varying levels of subjectivity at play when I judge these, which further messes up my decision-making process. Can I choose the satisfaction one gave me over the satisfaction the other gave me? I’ve been trying to do just that for months and I can’t.

If you were looking for one “Game of the Year” from In Third Person, I’m sorry. If it’s any consolation, I’m spotlighting two awesome games that are both worth your time. Drive safe, and have a Happy New Year!﻿