I checked out of the NBA 2K experience a few years ago. Though I was madly in love with it at one point, the lack of meaningful upgrades from year-to-year caused it to fall out of my rotation. Ever since then, I’ve also heard that the game’s microtransactions have gotten so brazen that they drastically hurt the overall experience.

None of that mattered when I recently bought the Canadian edition of NBA 2K18 with Demar Derozan on the cover. Still devastated by my all-time favourite Raptor being traded away, I picked up the Switch version with his box art as a keepsake to that time of #wethenorth prosperity. Since I now own this game, the most curious version of it no less, I put this one through its paces to see what we’d find.

Before we begin, we must note the storage requirements for this game. In order to play this game, you have to have a memory card in your system or the game won’t run at all. The game itself takes up 19gb of memory, plus an additional 5gb for each MyCareer campaign. If you don’t already have a memory card and almost 30gb free, you’re out of luck.

Now let’s get the obvious out of the way. The bread-and-butter of NBA 2K is its gameplay. With a realistic system that largely rewards playing basketball the right way, all of that depth still seems to be intact. I don’t have the insight to break down the particulars, but I’ve always felt like the games fairly rewarded me for doing the right thing and punishing me for trying to make a “video game” play. From my time with the game thus far, all of that core gameplay carried over just fine.

Obviously, the Nintendo Switch doesn’t have the horsepower to compete with the Xbox One or PlayStation 4. With games being down-ported, it’s clear that concessions will have to be made to make the game run on weaker hardware. However, games like Doom and Rocket League have shown that with smart optimization, you can retain the essence of the experience in a product that still plays well.

NBA 2K18 makes the tough move of cutting the framerate in half from 60 to 30. I prefer the smoothness of 60 for this style of game, but it’s a consistent 30 and certainly playable. Graphical details have also been turned down, making the game look better than its 360/PS3 counterparts, but not as good as what you would find on a modern console. It looks serviceable on a TV, but in portable mode, it’s great.

With NBA 2K games, I only really do Play Now and MyCareer; mostly the latter. So far, it largely seems similar to past MyCareer modes. You start out as a lowly bench-warmer and work your way up to hall-of-famer. One of the quirks of this year’s version is that you MUST be connected online at all times to play this mode. That leads to a few Switch-specific quirks. For one, you can’t play the game’s marquee mode on-the-go, where you’d probably want to play it most. Being able to play it in the bedroom or other parts of the house is nice, but it would have been amazing to do this without an active internet connection. Two, you can’t put the Switch game in sleep mode at any point during MyCareer. Doing this during the early stages of MyCareer not only kicked me out of the mode, it also caused me to skip all of the opening streetball parts and jump me right to the start of the season.

Otherwise, this seems to progress largely like it did before. You will suck at the beginning, earning SP to spend on improving your abilities. I’ve heard complaints that the VC system is outrageous this year in terms of how much it limits your earning ability in order to get you to pay real money for upgrades and cosmetics. I never really messed with that stuff in the past, so I can’t comment on how much worse it is now than in year’s past. To my uninformed eyes, it plays to me like it always did.

NBA 2K18 on the Switch could have been a disaster. Instead, it makes the right concessions to be the best portable basketball game on the market that also doubles as a serviceable home version. If you have zero intention of playing this on the go, stick to the PS4/Xbox versions. But if you want the convenience of the Switch platform, this is a worthwhile option. That said, unless you’re okay with playing a dated version, wait for the inevitable 2K19 which is set to hit stores later this year. 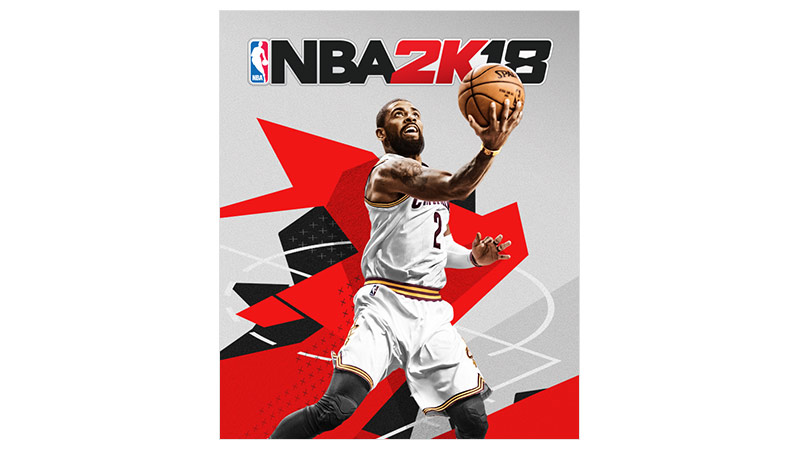