When the consoles launch later this year, I plan to grab one of the two. Though I’m sure they’ll run fine on my 1080p monitor, I would be missing out on the true potential of the hardware if I can’t see these games running at their native resolutions. Even now, I get the sense that I haven’t seen the true appeal of the games shown thus far because I currently don’t have the means of seeing 4K content. Am I ready to invest hundreds in a 4K gaming monitor?

This opens up another can of worms. My capture rig caps out at 1080p, 60 FPS. While I don’t see Twitch raising their cap to allow for 4K broadcasts in the near future, I don’t have the equipment to game in 4K while streaming in 1080p.

The Elgato Game Capture HD60 S+ supports it, but that device is currently not on my roadmap. I only just got an HD60 S at the end of last year and the next capture cars I aim to get years from now would be an internal card. As of now, no internal cards support 4K passthrough.

If I want the full 4K ecosystem, it’s going to cost a lot more than just the console(s) themselves. Though I have been spending a lot of late to upgrade my gear, I’m still unsure if now is the right time for me to upgrade.

Are you 4K ready? 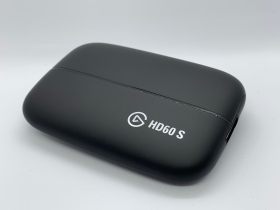 One thought on “Being Unprepared for the 4K Era of Gaming”