Animal Crossing: New Horizons does not have in-game microtransactions. Even so, that has not stopped some players from buying in-game items with real money. In particular, Nook Miles Tickets are a hot commodity, with players buying tickets in the hundreds – or thousands – for just a few real-life dollars. Even my wife has purchased Nook Miles Tickets from an online vendor and found the experience to be a better way of securing tickets rather than playing the game as intended.

Nook Miles Tickets are consumable items that allow you to visit mystery islands. These islands are rife with resources, such as wood, fruits, flowers, and fish that may not be native to your homeland. You can easily make a lot of in-game currency by selling whatever resources you gather from each island.

The importance of mystery island tours heightens though when you have a vacant home on your main island. During this time, one of 397 villagers will also appear on each mystery island. Should you deem them worthy, you can invite them to live on your island.

Though players can easily generate enough Nook Miles to buy dozens of tickets through the course of regular play, they do become more tedious to earn as you clear the low-hanging achievements.

Further complicating the matter is one’s desire to have a specific villager. The game’s system for selecting villagers isn’t a straightforward 1-in-397. Instead, the game picks one of 35 different species, then draws a character within that species. Though your odds between species are the same, characters within that species have different odds based on the population within that species. For example, Marina and Octavian have great odds of appearing, as there are only three different octopuses in the game. Meanwhile, Raymond and others of his ilk are the hardest character to get by virtue of the game having 23 different cats.

Depending on who you’re looking for, you could easily burn through hundreds of tickets before finding that exact villager. Even though the odds are low and the process is insanely tedious, many players are willing to go to the edge of the Earth to get their desired villager to move in with them. In my case, I plowed through 152 tickets before finding my all-time favourite villager Bob.

This is where third-party sellers come in. While you could grind for tickets, accruing enough Nook Miles to buy dozens or hundreds of tickets is a slog that will push you towards completing menial tasks solely for the purpose of buying Nook Miles tickets. Why would I spend countless hours grinding for points when I can literally buy 400 tickets for under $2 USD from a third-party seller?

My wife and many others have decided to make this choice. She bought a set of 400 tickets from a vendor on Etsy. Within minutes of her purchase, she coordinated the transfer of tickets through the platform’s messaging system. Within an hour, her island gate was open and the vendor dropped 400 tickets on her beach.

I can’t be certain that every retailer in this space is as trustworthy as the one Steff went with. Wouldn’t be surprised if there were scammers out there who don’t follow through. If you’re going to do it, make sure to check their reviews to see if they’re legit. That said, having watched her go through the process, I would much rather pay a real-life vendor than slog through mindless in-game tasks for countless hours for what essentially amounts to more lottery tickets. 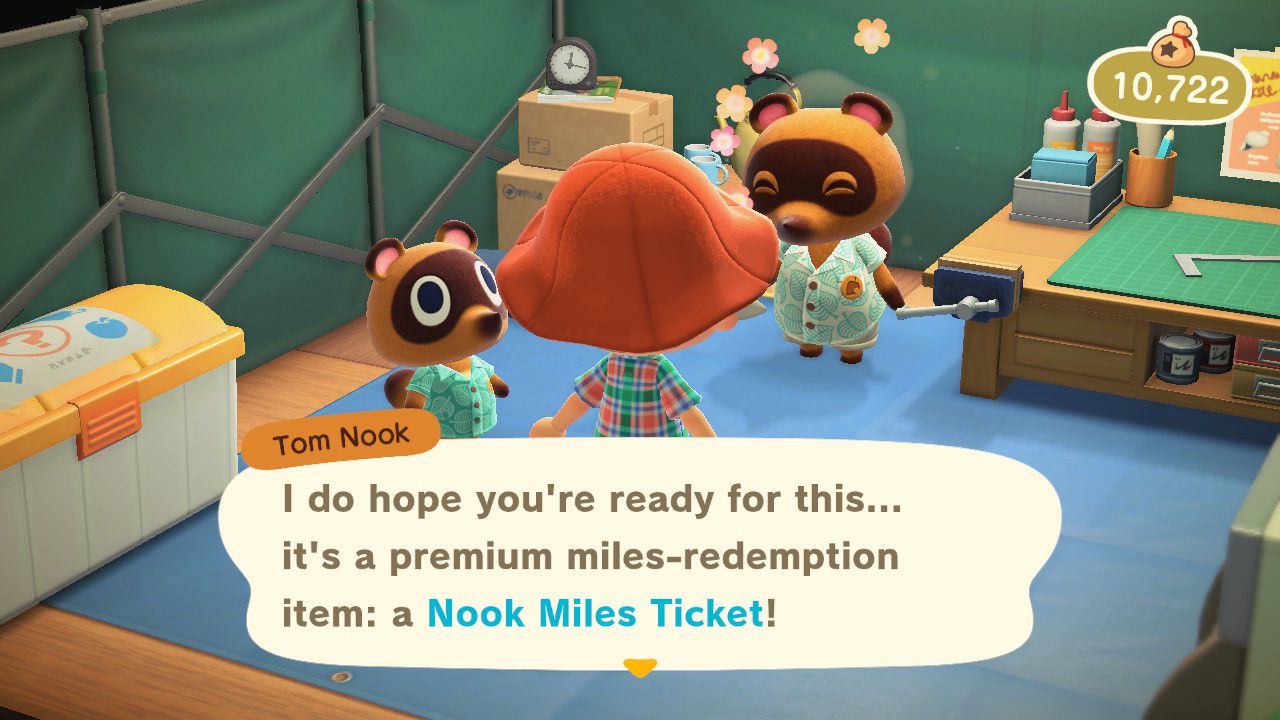 Though I get the sense that Nintendo did not intend for this type of behaviour, the game’s inherent design has created this demand. Villager hunting in Animal Crossing: New Horizons is basically a lottery and a number of players are willing to play it as many times as possible in order to get the exact villagers they want. If the game gives you that option – even if obstructed by horrible odds – some will be hardcore enough to press their luck by any means necessary. Even if that means they’re paying real money to a stranger on Etsy and rather than mindlessly catching bees and chopping trees.

Should Nintendo allow players to buy Nook Miles tickets with real money? Probably not. They would certainly make a boatload off of players aiming to get specific villagers, but it makes them liable in the lootbox debate. With the game being the runaway success that it currently is, adding Nook Miles tickets now would be an overreach.

Maybe at some point, Nintendo makes it easier or more fun to get more tickets, which could nullify the demand for gray market tickets. In the meantime, I don’t see anything changing on the Nook Miles Ticket front. The demand for more tickets than the game generates will continue to be there and some players will turn to external means to get them.

Whether you choose to partake in the purchase of gray-market tickets is up to you. Would just caution though that if you’re going to do it, take as many precautions as you can. It’s the wild west out there and I don’t want to see you get scammed.

However you go about it, I wish you all the best in your future villager hunting adventures!