Tracer is the odds-on favourite to make the cut should an Overwatch character make the roster. She’s the mascot for the series and not a bad choice when thinking about translating her abilities to a fighting game. I imagine her being incredibly mobile thanks to her Blink ability, darting around the screen while taking quick potshots at her opponents from seemingly all angles. In close, I feel like she would have an arsenal of kicks, even though she doesn’t kick at all in Overwatch. Her Pulse Bomb always struck me as a weak Ultimate, but it could make for a decent special move where she tags foes with a bomb before teleporting away from the blast.

What could be most interesting is the inclusion of her Recall mechanic. When activated, she rewinds herself back three seconds while also reverting her health the the highest point during that time. These abilities could be incredibly overpowered when it comes to staying healthy and returning to the stage. Would imagine that these abilities would be balanced appropriately while also giving Tracer really low health like she does in her game of origin. 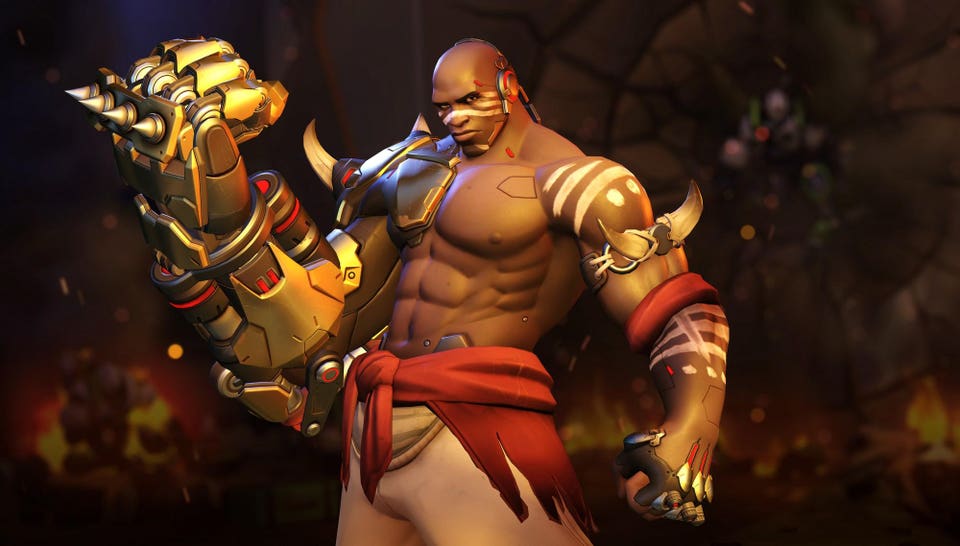 Though his brawling style is an anomaly in Overwatch, he’s tailor-made for a game like Super Smash Bros. Ultimate. He can brawl in close while scoring big hits using his Rocket Punch, Rising Uppercut, and Seismic Slam. Heck, all of those moves strung together in the air would give him amazing recovery while playing just like he does in the hero shooter.

Meteor Strike fits perfectly as a Final Smash. Launching into the air, he can target a location on the ground before slamming down with full force and taking out everything around him. Not the most ambitious inclusion, but it feels like Doomfist could get dropped into Smash Bros. right now and feel even more at home than he does in Overwatch. 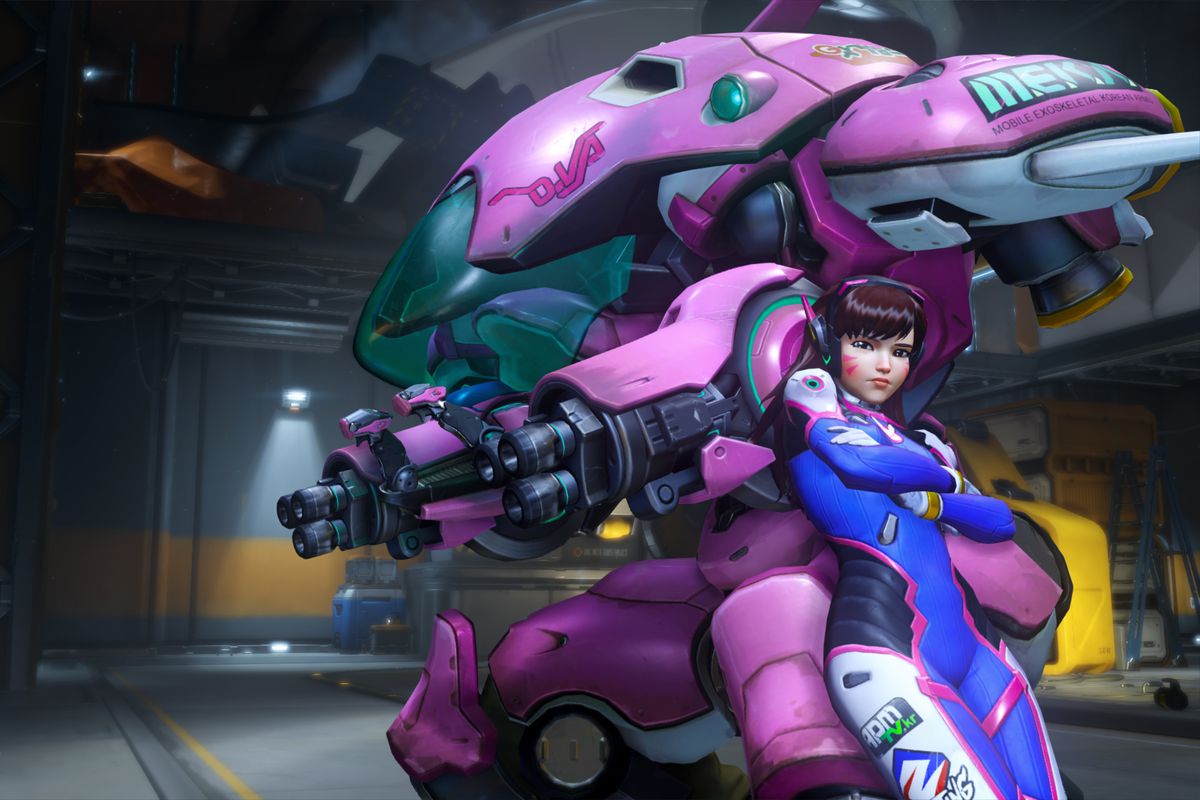 What makes D. Va unique is that she’s designed as two characters in one. By default in Overwatch, she’s inside a mech armed with infinite bullets, long-ranged rockets, and a powerful shield. But when the mech takes too much damage, it explodes, leaving her with just a weak pistol and very little health.

How do you translate that experience to Super Smash Bros. Ultimate? In theory, the easiest method would have her suit blow up when she hits a certain threshold, such as 100%. After that, she’s clinging on for dear life.

My concern here is that it almost feels counter to the flow of a fighting game. Starting out OP and becoming really weak feels counterintuitive. I would be concerned that D. Va wouldn’t have the tools to fight back once the suit blew up, forcing her to do her damage early.

But what if we flipped it around? Have D. Va start without the suit. As she deals damage or takes hits, she can build up a meter. When full, she can summon Meka as an “install”, giving her a huge power boost a whole new set of maneuvers. After a certain period of time, the suit could blow up like her Ultimate, giving her one last hurrah before having to fight on her own again. This would feel more like a “comeback mechanic” that is often found in modern fighters, which could fit the flow of a fighting game match a little better.

Whatever the approach may be, I think it’s worth exploring the possibilities that come with D. Va essentially having two forms. 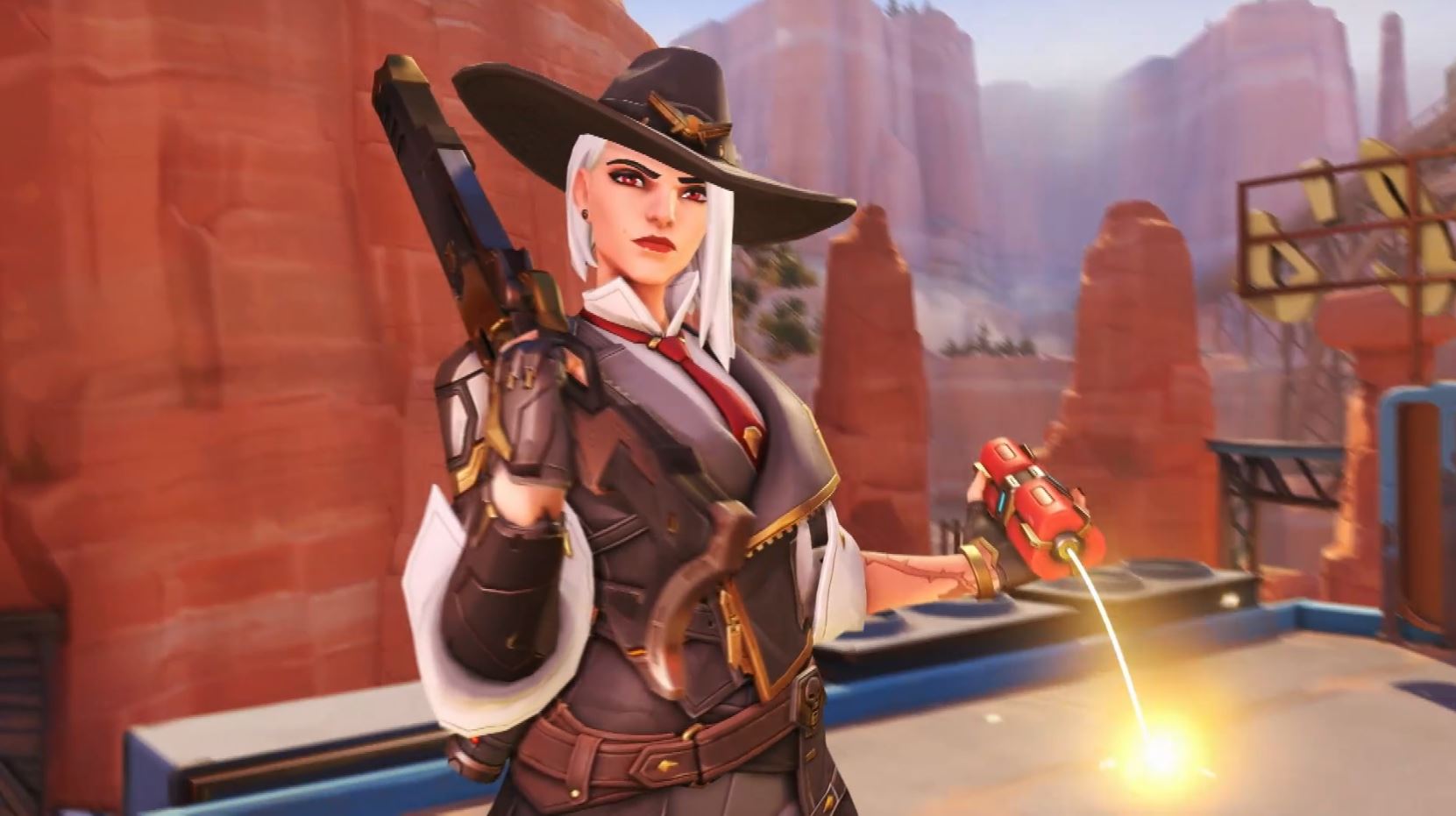 She may not be the most popular member of the cast, but she’s my first choice every time I play Overwatch. Between her rifle, shotgun, and dynamite, she has toolkit that allows her to fight up close or at a distance.

The potential for Ashe as a Smash Bros. character could be her robotic companion B.O.B.. In the world of Overwatch, he only comes out to launch a foe into the air and shoot them in the sky as part of Ashe’s Ultimate ability. But what if we took that relationship a step further? Imagine Ashe having the ability to control B.O.B. independently in a similar way that Rosalina commands Luma. By combining their gun-slinging and B.O.B.’s brute force, they could be an offensive terror for expert players ready to take on the challenge of managing two characters at once.

Also, the connection between B.O.B. and R.O.B. is too hard to ignore. Could they be related?

For now, we have no idea if we’ll ever get an Overwatch character in Super Smash Bros. Ultimate. In the meantime, let’s keep our fingers crossed in hopes that Blizzard and Nintendo can make this happen! If I have more ideas with regards to ways of translating these heroes into Smash Bros., you’ll be the first to know. Until then, what Overwatch characters do you want to see in Smash and how would you bring them to life?