During the last Guilty Gear -Strive- beta, I flagged a number of major complaints with the game’s online experience.

This time around, things are…different.

Whatever the case may be, Japanese developers have been much slower than their western counterparts to adopt rollback netcode. In one of the most notorious flubs in recent memory, Capcom created their own rollback netcode solution for Street Fighter V that proved to be…bad. Insisting on creating their own solution, it works much worse than other rollback games on the market, making it at times an incredibly frustrating game to play online. 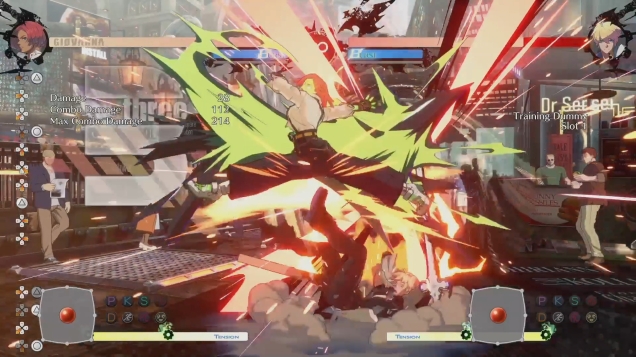 Throughout the development of Guilty Gear -Strive-, netcode was a hot topic of discussion between the dev team and the community. Despite the fan outcry, the dev team was incredibly reluctant to implement rollback. The reason why rollback wasn’t included for the first beta was because their delay-based solution was ready to go and was planned to be solution at launch.

Thankfully, Arc System Works listened to the fans on this one. Almost a year after announcing the inclusion of rollback netcode, we finally got to try it as part of this last beta. Having played many hours of matches, its rollback netcode solution is stellar! Only one of my matches suffered any sort of issues, which I could clearly see based on the detailed input delay and rollback frame stats at the top. Most of my matches featured a mere 20-40ms of delay and my online matches felt about as good as local play.

Delay-based netcode wore out its welcome years ago. Rollback netcode is the better way, as proven by many major and indie fighting games that have seen the light. Japanese developers in particular have dragged their feet on the matter, but this is a huge step in the right direction. Assuming the final online experience is as good as what we got as part of this beta, Guilty Gear -Strive- is going to be a force to be reckoned with. Scaling beyond Guilty Gear, I really hope this is the watershed moment for all fighting game developers to adopt rollback netcode going forward.

Thank you Arc System Works for doing the right thing when it comes to netcode. Now please get rid of the Habbo Hotel lobbies too.

2 thoughts on “The Guilty Gear -Strive- Beta Is a Mess, But One Aspect of the Experience Deserves Rave Reviews”