When In Third Person expanded into the world of video many moons ago, I did so with an eye on efficiency. The first video I ever uploaded to the In Third Person YouTube channel effectively turned into two pieces of content when I wrote a post about it on WordPress. Doing so gave me the opportunity to add supplemental video content to my written work while also establishing a presence on a new platform for others to discover me. If you want to count auto posts from my blog to Twitter, then that one video turns into three.

As I’ve expanded my presence in other mediums and platforms, the concept of efficiency has become even more important. While the workload is already too much for me to handle, I’m still able to crank out a lot by being as economical as I can with the pieces I make.

Over the past few years, live streaming has become a major point of emphasis for me. It’s a fantastic platform for community, trust, and human connection. However, it fails miserably for discoverability and reach. Streaming platforms like Twitch and Mixer lack an algorithm to optimize discoverability, causing thousands of streamers to get lost in directories.

Even if these platforms sort out that issue, this content is at its most valuable when consumed live. After the fact, viewers lose the opportunity to interact with the streamer and vice versa, making for an experience that lacks the magic of being there. Instead of letting that content dissipate into the ether, I repurpose it to work elsewhere.

Let’s use Episode 19 of Boss Rush as an example.

After the show is done streaming on Twitch, I upload the full episode to YouTube. This allows that show to reach a new audience that may want to consume it after the fact. Furthermore, Twitch doesn’t allow VOD embeds by default on WordPress, so uploading to YouTube allows me to post this here.

I also cut the show into segments so that viewers can just watch the parts they want to see. Above is just our Games of the Decade section of the show. The shorter length of each segment, combined with different tags, gives each clip new life as a separate highlight.

Then I write a post that collects the full episode and the segments. If you only read my blog, you now have the means of watching the show without having to go to an external platform.

After that, I cut the game of the decade section down to a one-minute reel of everyone sharing their game of the decade selection. Now it’s a highlight to share on social media. It’s an opportunity to make this content reach even further. Some have told me that social media is their primary way of consuming my content, which is cool in its own right. While the source material is the same, it’s re-cut and shared across a multitude of platforms to act as many unique pieces of content.

Not every show can be cleanly cut like Boss Rush, but I approach every stream with content creation in mind. Not just for those enjoying the show in the moment, but for those who catch bits and pieces in other forms. What can I say or do that can be repurposed elsewhere? Oftentimes, I’ll come to my streams prepared with talking points to facilitate the creation of conversation and content. When something cool happens in the moment, I have the marker button setup on my Stream Deck so that I can return to it and repurpose that clip for other platforms. The value of what happens on stream can extend far beyond the stream itself with the right approach.

Here’s another example. During one stream, I said thank you to a new follower on Twitch by doing the heart hand sign thing that I always do. Exported as a GIF, now it’s a reaction GIF for use in blog posts and on Twitter.

Here it is as the feature image for a blog post about streaming.

Fantastic idea! I’m working on a bunch of stuff to share throughout the week! #BloggersWhoStream https://t.co/jjsZen4ovK pic.twitter.com/gmdTzLX847

And here it is in response to a tweet by Hundstrasse.

Taking a still frame of that heart, I then put my paper overlay on top and used it as one of the backdrops for my weekly stream schedule. Though I’m not sure if anyone notices, I’m proud of the fact that I use different background imagery for every stream schedule post. This is only possible because I have a library of existing videos and images to draw from. Even if I’m streaming the same set of games week-after-week, having a different image in the back is always meant to be a fresh visual treat.

One more example of repurposing live streaming content. Throughout my “Hidden Gems” video on YouTube, I leverage a lot of B-roll of me playing the games I recommended. Almost all that came from previous live streams, saving me the effort of having to record myself playing these games solely for the sake of this video. Going forward, this library of streaming video will pay dividends as I mine it for future YouTube videos. 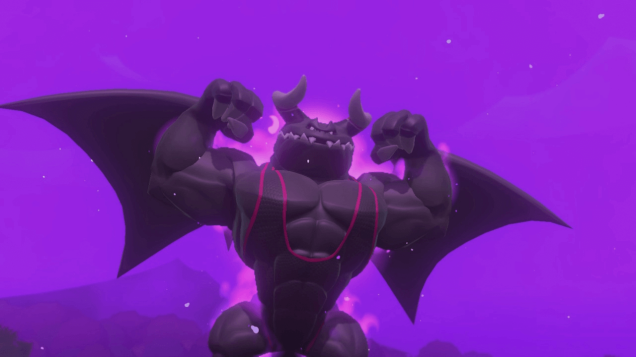 In recent times, I’ve tried my best to transition into providing my own screenshots. Though I only upload five-to-six screens per game, I can leverage these images across multiple posts that touch on said game.

I can also use them as thumbnails for my videos.

‪How invested do you get with romance/dating/relationship mechanics in Fire Emblem or any other games that have them? This factored heavily into my choice of house in FE and changed my approach to Mass Effect.‬ ‪-‬ ‪#videogames #nintendoswitch #fireemblem #fireemblem3houses #masseffect‬

They also work as content on social media. Screenshots generally don’t work as well, but with some updates and a good caption, that same image can turn into something worth liking, sharing, and commenting on.

My wife and I do photoshoots with Amiibo figures and other toys for the purposes of being content on my Instagram and Twitter. Even this work can find new life in other ways.

Instead of just taking pictures, I used the slow motion function on my phone to create these cool panning shots. Spliced together, they now work as a standalone reel that showcases the figure in a cool way. I’ve shared this video on Instagram, Twitter, and YouTube. 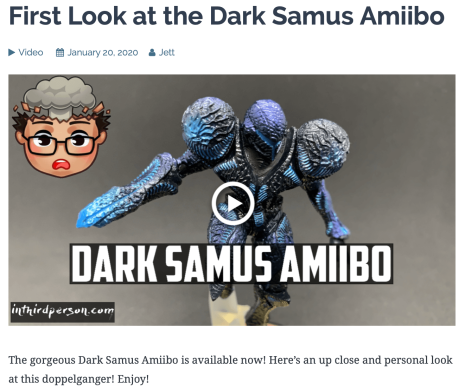 Then I bring it back around with a post to the site, using one of the photos from the original photo shoot as the thumbnail. I actually generated so much video while shooting photos for social media it became the basis for my Amiibo video! 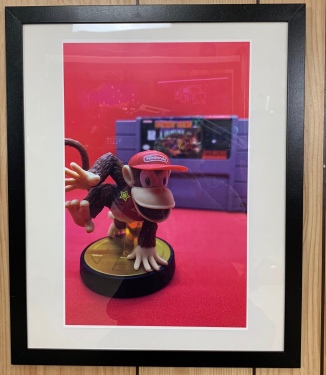 But can I go even deeper? I shoot at a high enough resolution that I can generate large prints of these photos. On top of everything else, these images even work as art for my streaming backdrop!

Here’s another example. This cute photo of Snorlax was first used to promote an upcoming Pokemon Sword and Shield stream.

‪#airhornx3! It’s been a slice, Galar region. However, it’s time for Snorlax and I to take down Leon and close out our Pokemon Sword/Shield let’s play. Tune in now @ twitch.tv/inthirdperson!‬ ‪🗡‬ ‪🛡‬ ‪#pokemon #PokemonSwordandShield #nintendo #nintendoswitch #twitch #livestream‬

Later on, I used a full-sized version of the photo to announce that I was live. Same image, but presented in a different way to make it feel fresh.

Having the bandwidth to create custom content across every platform would be incredible. For most of us, it’s simply not feasible. Even if you had infinite time and energy, it’s not a bad idea to find ways of taking your content and adapting it to work in different platforms and contexts. Though I yearn for the days of having the resources to support an editing team to handle all of this slicing and dicing, I’ll continue to squeeze every last ounce of value out of everything I make. 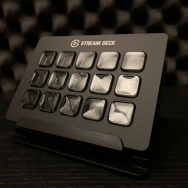