Gaming’s first great portable fighting game was on the…Neo Geo Pocket Color? Scoring an astounding 10-out-of 10 from IGN back in 2000, SNK vs. Capcom: Match of the Millennium was as close to the arcade or console experience as one could get on the go at the time.

Unfortunately, the game was trapped on the Neo Geo Pocket Color for decades, making it an experience most have never even heard of, let alone tried. At long last, it’s out for release on the Nintendo Switch eShop. Does this fighter still pack a punch?

END_OF_DOCUMENT_TOKEN_TO_BE_REPLACED

Prior to the announcement of Samurai Shodown getting a new entry in the series this year, I started getting reacquainted with the original. My nostalgia for the franchise primarily comes from playing the 3DO version at a computer store demo kiosk. Back then, I didn’t really understand how to play fighting games well.

During my time with the SNES port and more recently, the arcade port to the Switch, I noticed something odd about the game that I didn’t notice before. Unlike almost every fighting game I’ve played that was released after Street Fighter II, Samurai Shodown didn’t seem to have much in the way of combos. For the last little while, I chalked that up to this being the first game in the series, or me not knowing what I was doing.

Most recently, while watching gameplay footage coming out of PAX East of the new game, it appeared that the lack of combos carried over. What’s going on here?

END_OF_DOCUMENT_TOKEN_TO_BE_REPLACED

Save for the Smash Bros. series, Nintendo hasn’t been much of a player in the fighting game scene since the SNES days. Once Nintendo alienated fighting game makers with cartridge-based systems and controller designs that didn’t lend themselves well towards the genre, they left for greener pastures.

To this day, if you want to keep up with any of the juggernauts in fighting games, the Nintendo Switch still isn’t the console for you. However, if you’re looking for some under-the-radar hits, retro titles and the inevitable release of Smash Bros., the Switch might be worth a look.

END_OF_DOCUMENT_TOKEN_TO_BE_REPLACED

While we continue to anxiously await for Nintendo to reveal their full plans for the Virtual Console on the Nintendo Switch, Neo Geo continues to release their extended catalogue on the eShop. One such game is Magical Drop II. This puzzle game from the 90s is akin to a mash-up of Bust-a-Move and Puyo Puyo. In a world where Puyo Puyo Tetris is available, is there merit in grabbing this retro puzzler?

END_OF_DOCUMENT_TOKEN_TO_BE_REPLACED 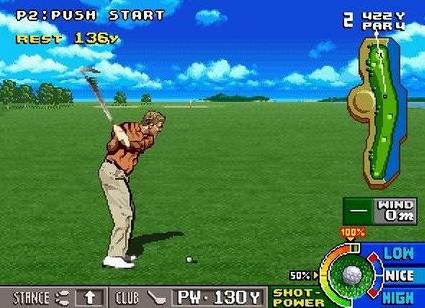 I am a sucker for golf games. Despite my general apathy towards the sport, I have been a fan of it in video game form since Golf on the NES. Since I’m also starving for different types of gaming experiences to try on the Switch, Neo Turf Masters fit perfectly in the middle of my personal Venn diagram. It has its quirks, but my experience with it was fairly positive.