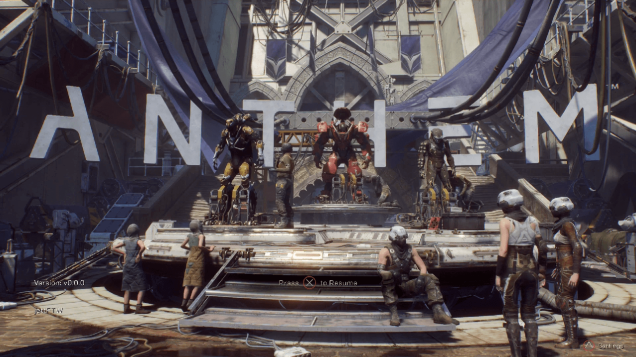 Anthem was…a bit of a letdown. It showed well as a proof-of-concept for a game where players fly around and shoot things, but everything else about it felt half-baked. Every mission featured the exact same structure and your in-game actions did little to tie into the game’s larger narrative.

I ultimately traded my copy away not long after experiencing the blatant padding that was its tomb missions. Not long after, Jason Schreier published an explosive expose on the development of BioWare’s most recent disaster, further solidifying the notion that it was best for me to walk away.

Many have long since abandoned Anthem, but EA and BioWare aren’t ready to let go. According to a recent post on BioWare’s blog, the game will be receiving a major rework in the future.

“Over the coming months we will be focusing on a longer-term redesign of the experience, specifically working to reinvent the core gameplay loop with clear goals, motivating challenges and progression with meaningful rewards – while preserving the fun of flying and fighting in a vast science-fantasy setting. And to do that properly we’ll be doing something we’d like to have done more of the first time around – giving a focused team the time to test and iterate, focusing on gameplay first.”

Combined with the gut punch that was Mass Effect: Andromeda, I’ve lost a lot of faith in BioWare. That said, I hope every game from every publisher finds some sort of success. Including Anthem.

We’ve seen games in the past revive themselves after terrible launches. No Man’s Sky comes to mind. To a somewhat lesser extent, Street Fighter V. I think that Anthem has just enough salvageable components to create a great game. Remains to be seen if BioWare and EA will pull it off, but I’m rooting for them. Might even pick the game back up if they stick the landing. Are you at all interested in a reworked Anthem? Or is there no going based on their recent track record?