Watch the full show as one big video

Skip to the segments of your choice

Who in Westeros gets picked first in the Boss Rush Game of Thrones Draft?! Be warned…spoilers ahead! But before we answer that question, we have a number of games to talk about, including Mortal Kombat 11, SteamWorld Dig 2, World of Warcraft, and Octopath Traveler! #wethenorth

Before every episode of Boss Rush, I ask everyone on the show what they’ve been playing. From there, I gather B-roll footage of every game we’re talking about so that we have that visual companion to our discussion. As I was putting together the latest episode of the show, it dawned on me that I haven’t been playing much at all of late.

END_OF_DOCUMENT_TOKEN_TO_BE_REPLACED

Pictionary Night is unfortunately not happening tonight as originally promised. I need a bit more time to pull everything together to make that game the best it can be. For now though, Jason, Mat, Jon, and I have an epic alternative!

With episode 15 of Boss Rush, we’ll be talking about some of the games we’re playing, which include Mortal Kombat 11, SteamWorld Dig 2, World of Warcraft, and Octopath Traveler. After that, we’re doing a Game of Thrones draft! Who in Westeros would you take with the first pick? You’ll have to tune in at 8:30pm-ish EST tonight to find out who we choose! 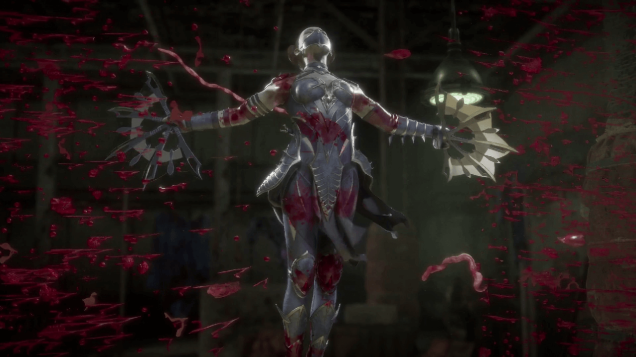 [NOTE: I’ve sampled a little bit of everything that the game has to offer, but I’m not gonna be able to spend enough time with some of the game’s more involved single-player content to provide a thorough judgment on the game. As such, I’m keeping the scope of this piece just to the parts I’ve played so far.]

Ever since the release of Mortal Kombat 9, NetherRealm Studios has set the gold standard for what a complete fighting game should be. Sharp visuals, tons of single player content, and combat – er, kombat – that’s appealing to casual and competitive players. They’ve never rested on their laurels either, as the Mortal Kombat and Injustice games have introduced a number of innovations to the genre, from a Variation system where different versions of the same character will have altered move set and costumes, to the ability to leverage background objects as weapons or jumping-off points in battle.

Based on NetherRealm’s glowing track record, Mortal Kombat 11 should have been as close to a guaranteed home run as one could get in the genre. Based on what I’ve played, it reaches or exceeds those lofty expectations.

END_OF_DOCUMENT_TOKEN_TO_BE_REPLACED 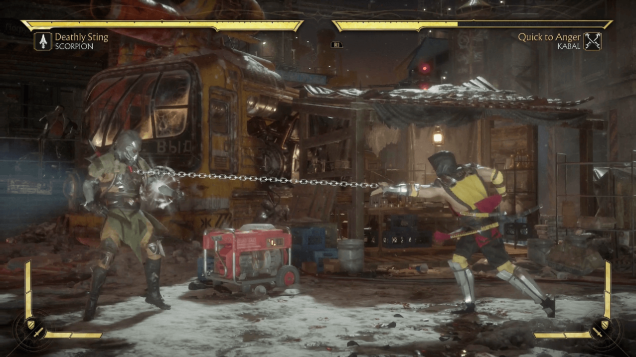 One of the genre’s most iconic special moves, Scorpion launches a spearhead attached to a chain directly at his opponents. If it successfully makes contact, he yells out one of his two signature catchphrases as he reels in his now-stunned opponent. From there, his opponent is left standing in a dizzy state, primed for Scorpion to smack them any way he so chooses. In the old games, my go-to follow-up was the classic uppercut.

END_OF_DOCUMENT_TOKEN_TO_BE_REPLACED 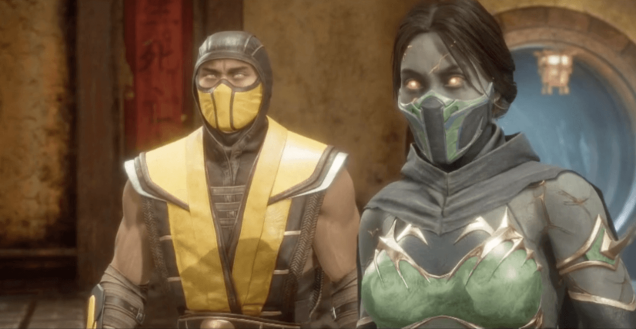 I’m in the midst of writing my review for Mortal Kombat 11. Taking a moment to reflect on what I’d written thus far, it was over 1,000 words long, with the vast majority of it being focused on a handful of new gameplay adjustments that I find really cool. Whether I keep it all or not, being my own boss here at In Third Person gives me the wiggle room to approach my evaluation of the game in any way I so choose.

Having that freedom is really important to me with regards to the work I do here. While reviews are a staple of the video game content mix, I also find them to be a chore. Especially when you’re writing them with the goal of covering every aspect of what a game has to offer so that your readers can make an informed purchasing decision. It’s an unnatural way to consume and write about games that can really wear someone down over time. If it’s a game you don’t like, the strain to complete the game and review is amplified further.

END_OF_DOCUMENT_TOKEN_TO_BE_REPLACED

Due to some time manipulation tomfoolery, everything old is new again in the world of Mortal Kombat 11! I play through the first three chapters and get a sense of how everything got weird!

While this is a dramatic departure from most fighting games, where combos are usually created through links and cancels, the benefits of this system are clear. For one, players don’t have to worry about spending weeks in the lab trying to get the feel for that one-frame link that allows you to connect a standing medium punch from a standing light punch. The system is loose enough so that as long as you hit the buttons in quick succession, the combo will complete itself. Two, it allows characters to perform more unique moves without having to add extra buttons to your controller.

Even within such a rigid system, there’s a lot of room for creativity. Between the modern Mortal Kombat and Injustice games, I can easily spend hours in training mode, stringing together combos that seemingly juggle forever. As fun as it can be, the dial-a-combo system is not without weakness.

END_OF_DOCUMENT_TOKEN_TO_BE_REPLACED

Come here! With the Toronto Raptors winning their series in 5, I’ve got time today to stream some Mortal Kombat 11! Let’s dabble in the story mode and maybe play a few matches online?

Mortal Kombat 11 is out now on PS4, Xbox One, and Nintendo Switch. I bought the PS4 version, but not without giving the Nintendo Switch version serious consideration. While the graphical degradation is clear when you view them side-by-side, it looks like the Switch holds up where it matters most. Both games appear to play equally well, and I think trading graphical fidelity for portability in this case is a reasonable exchange.

This is not a new phenomenon for the Nintendo Switch. While we would all love to see more third parties jump on the Switch bandwagon, we’ve already seen a number of titles complete the journey successfully, such as Rocket League, the NBA 2K series, Doom, Paladins, Skyrim, Warframe, and more. It’s just still a surprise to me to see that we’re in a world where portable gaming is much closer to its console counterparts than ever before.