I’m in the midst of writing my review for Mortal Kombat 11. Taking a moment to reflect on what I’d written thus far, it was over 1,000 words long, with the vast majority of it being focused on a handful of new gameplay adjustments that I find really cool. Whether I keep it all or not, being my own boss here at In Third Person gives me the wiggle room to approach my evaluation of the game in any way I so choose.

Having that freedom is really important to me with regards to the work I do here. While reviews are a staple of the video game content mix, I also find them to be a chore. Especially when you’re writing them with the goal of covering every aspect of what a game has to offer so that your readers can make an informed purchasing decision. It’s an unnatural way to consume and write about games that can really wear someone down over time. If it’s a game you don’t like, the strain to complete the game and review is amplified further.

END_OF_DOCUMENT_TOKEN_TO_BE_REPLACED

Back in 2010 when I started the YouTube channel for In Third Person, Twitch didn’t exist, and the concept of game streaming was still in its infancy. I figured that someday, when I finally got the equipment to do it properly, I would make video game related content for YouTube. Years have passed, the world of streaming is born, and now I have more to think about.

END_OF_DOCUMENT_TOKEN_TO_BE_REPLACED

Over the last few months, I’ve made a concerted effort to improve my video and streaming output. Much of my focus has gone towards hardware, such as a microphone and webcam, but that’s only a part of the picture. One key element to making sure you look your best is to have the right lighting in your room. I’ve struggled with getting the right picture due to broadcasting from a dimly-lit basement where the primary light fixture is directly behind my head, which only made me look really dark on camera. On top of that, there’s very little room in front of me to install lighting in front of me due to my desk being close to a wall outlet.

With the help of my wife, we were able to create a custom lighting solution that does a tremendous job of providing my face with an even light source that doesn’t break the bank. Maybe this solution is what you need to take your stream to the next level!

END_OF_DOCUMENT_TOKEN_TO_BE_REPLACED 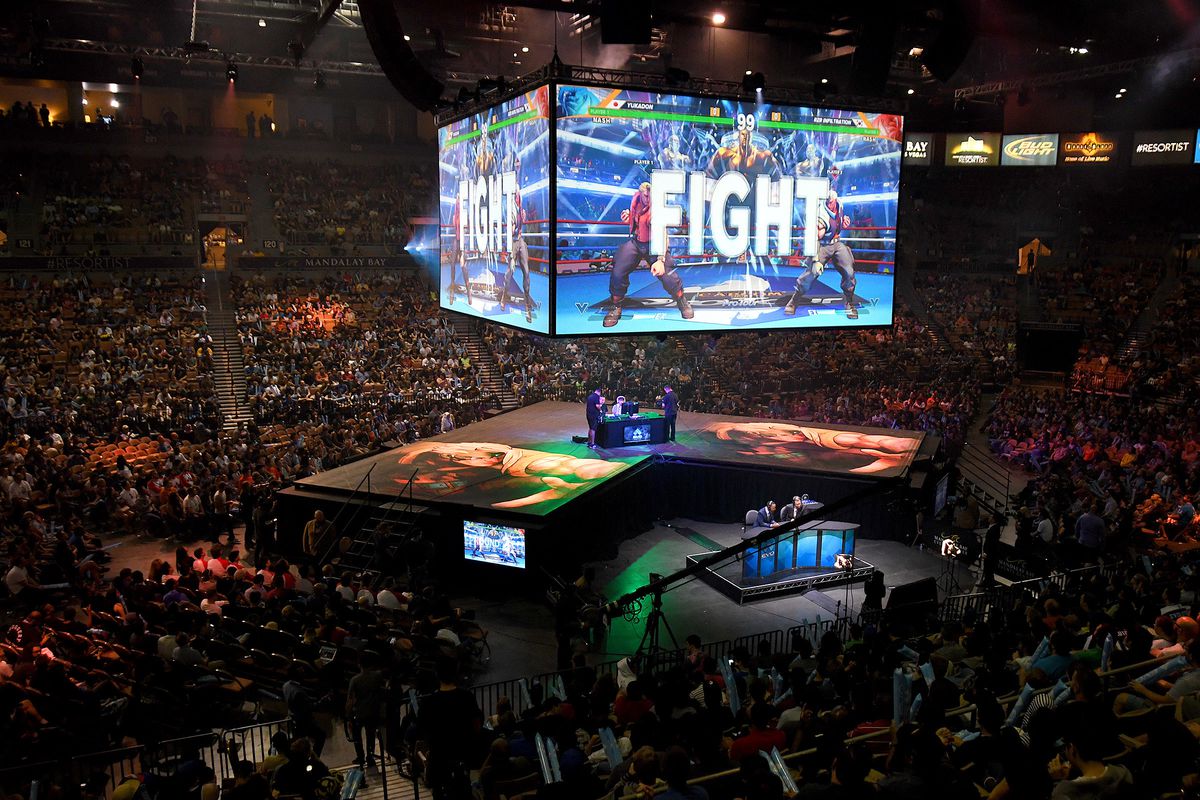 Besides being the battleground for the biggest fighting game tournament in the world, EVO has become a hotbed for fighting game news. Below are just a few of the big news stories to come out of this year’s event!

END_OF_DOCUMENT_TOKEN_TO_BE_REPLACED

Ever since they hit the scene and became a smash hit, micro games have been all the rage in the tabletop gaming space. Oftentimes, these games are highly portable, appealing to players of all skill levels, quick to play and highly addictive. Many years before this movement existed in earnest, famed designer Bruno Faudutti released Babylon. Using only 12 pieces, this is a two-player game that only takes about a minute to finish. Is there enough of a game here to keep players interested for the long haul?

END_OF_DOCUMENT_TOKEN_TO_BE_REPLACED

A 5000+ BP Zangief player immediately decides to take a holier-than-thou approach to Rose’s fireballs by simply blocking them until he loses. He quickly follows up his loss with the hateful message below.

I’ll gladly take the free win and the Battle Points, but I won’t accept anyone trying to paint me as the bad guy because I didn’t follow some non-existent set of fighting game gentleman’s rules. It’s people like this who also foolishly believe that throws are cheap and should not be used in any fighting game ever. These gentleman’s rules DO NOT EXIST. You play to win and that’s that. We live in a world where TAC infinite combos in Ultimate Marvel vs. Capcom 3 are deemed legal by the biggest fighting game tournament in the world. A world where a glitch became heavily used in Capcom vs. SNK 2 because it made the game better.

Furthermore, we live in a world where Zangief can beat Rose! Watch the above video where Aquasilk overcomes any on-paper match-up advantages I had to beat me into submission. M3gatron427’s refusal to fight only further amplifies his ignorance and lack of match-up knowledge.

This is fighting games in 2014. Everything is fair game and anything that isn’t gets patched out. If you want to get under my skin in Ultra Street Fighter IV, don’t throw a match and then send a salty text message as a parting shot. Those childish antics nothing. If you really want to grind my gears, beat me in the game.

Last year, I was totally bummed out over the fact that I missed out on the Legend of Zelda: Symphony of the Goddess concert. I told myself then that if they ever came back, I’d buy tickets as soon as possible. In fact, I bought the tickets for tonight’s show so long ago that I almost forgot that it was happening.

END_OF_DOCUMENT_TOKEN_TO_BE_REPLACED

If Fan Expo 2013 was the latest battleground between nerds vs. jocks, the nerds crushed their competition in a lopsided victory. This shouldn’t come as a surprise, as this is the first time that sports has been featured. However, the sports aspects of the show themselves turned out to be a bit of a letdown.

END_OF_DOCUMENT_TOKEN_TO_BE_REPLACED

Toronto Top Tiers – organizers behind T12, and Toryuken – are back! A few days ago, they announced the that they will be hosting T13, Toronto’s second major fighting game tournament of 2012; set to take place in October. This year, they’re planning on running 13(!) different games, which would make it the biggest tournament lineup I’ve ever seen. Click through for the full list of games, and some of my initial thoughts!

END_OF_DOCUMENT_TOKEN_TO_BE_REPLACED

Thank you. Thank you, thank you, thank you. Without your support, the site wouldn’t have crossed this milestone (and crossed it with style). The site continues to grow in terms of popularity, community and content. Based on my projections, site content is on pace to be viewed over 80,000 times this year. That’s mind-boggling to me as someone who started this as a secret passion project who never expected anyone to find it. I’ll keep making this worth your while with more great posts and discussion going forward!