My current obsession with board games started in the early 2010s when my now-wife tricked me into joining her and her friends for a few games of Dominion. However, my history with the medium starts well before then.

END_OF_DOCUMENT_TOKEN_TO_BE_REPLACED

Whether its reviews from the major sites like IGN or Gamespot, or aggregate sites like GameRankings or Metacritic, there are a lot of different places you can go to find a ranking of the best video games. With so many different options to view, there isn’t really any consensus as to which list is the definitive list.

Board games are certainly different in this regard. There’s only one list that matters, and it’s the list on Board Game Geek. Ranked based on a countless number of user reviews, this is as close to a definitive list of the best board games as there is on the internet. The movers and shakers on the list are hotly debated, especially since Pandemic Legacy ousted the 5-year champ Twilight Struggle from the #1 spot at the beginning of this year. How does having this centralized ranking system impact my purchase decisions?

END_OF_DOCUMENT_TOKEN_TO_BE_REPLACED

One of my favourite things to do as it pertains to board games is to introduce newcomers to the hobby. With the way the scene has grown in terms of gameplay innovation and variety, I feel like everyone can enjoy what board games are today on some level. From coworkers, to kids, to those who read this website, to even my mom, it’s been cool to be a part of someone discovering how fun modern games can be.

Based on my experiences as a “board game guru” and as a former non-gamer, I’ve picked up a thing or two on how to introduce board games in the best light. I’m not promising that this will help you turn a non-gamer into a super fan, but it can help bridge the gap.

END_OF_DOCUMENT_TOKEN_TO_BE_REPLACED

When I first started buying board games, I had this noble thought in my head that I would keep every game I own in a rotation. Ideally, we’d cycle through the entire lineup so that none of the games get neglected. Instead, I’m in a situation where a handful of games get a ton of play while many others collect dust. Why did my dream of the perfect rotation fall apart? And is it even possible to maintain a rotation as one’s collection grows?

END_OF_DOCUMENT_TOKEN_TO_BE_REPLACED

The vast majority of board games have been designed with infinite replayability in mind. Once the experience is over, simply reset the components and start again. However, Risk Legacy introduced a consumable element to the game, as it followed a story with a finite end. As you played, you wrote on the board, put stickers everywhere and tore up cards until the game you’re left with is one that’s very different from the one you started with.

The concept found new life in 2015 with games like T.I.M.E Stories and Pandemic Legacy. The first game is one that is stellar, though this full-priced game is over in about six hours with no further replay value. As for the latter, it’s a wildly popular successor to an already huge game. The love for it has been so great that it dethroned the five-year champ Twilight Struggle from the #1 slot on Board Game Geek’s list of best board games.

With consumable games on the rise, there’s been a growing debate on the merits of these styles of games. Would you buy a game knowing that it won’t last forever like the other games in your collection?

END_OF_DOCUMENT_TOKEN_TO_BE_REPLACED 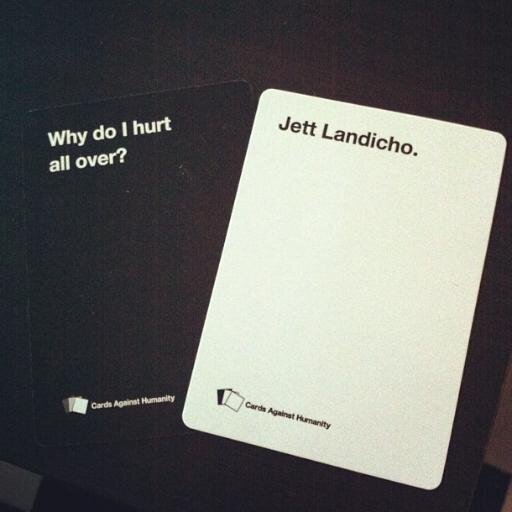 Cards Against Humanity stormed into my life in a big way years ago. I was the first in my social group to have a copy, so for a good few weeks, it was a game that was played all the time. Then one day not long after that, it just stopped.

I bought a number of expansions and supported many of their holiday campaigns, but the magic that first came with the game disappeared and never came back. What happened?

END_OF_DOCUMENT_TOKEN_TO_BE_REPLACED

Early last year, I tried to start a weekly board game night at work with a few coworkers. There was a lot of interest from many coworkers, which led me to believe that this idea had a chance. Once work was over, the plan was to stick around and and play a few games in the lunch room. The first night was great, but it quickly dissolved due to lack of attendance. While I would have loved to have played more board games with my coworkers, it was clear that this wasn’t going to work out as envisioned.

Today, gaming is happening at the office again. This time, it’s different.

END_OF_DOCUMENT_TOKEN_TO_BE_REPLACED

Before hitting my teen years, I learned the hard way as a video game player to be wary of licensed products. While the allure of playing video games about Batman, The Simpsons or Home Alone (shudder) is clear, the final products were mostly terrible. Quality of the final product usually wasn’t a priority, as publishers and license holders primarily created licensed video games as a promotional tool and as a means of making a quick buck off of unsuspecting gamers. I wasn’t really following board games at the time, though I did own a Teenage Mutant Ninja Turtles board game that wasn’t great in hindsight.

Of late, video games and board games have diverged greatly when it comes to licensed products. With the rising costs of video game development and a savvier audience who are far less likely to put up with mediocre products with name recognition, most licensed games nowadays reside on mobile platforms as free-to-play experiences. Board games, on the other hand, are going in the other direction. Instead of cranking out garbage games for kids, more license holders and publishers are taking the time to make quality games that gamers of all ages will want to buy. Off the strength of this business strategy, everyone wins. END_OF_DOCUMENT_TOKEN_TO_BE_REPLACED

One of the key selling points about board games is that they are a great catalyst for face-to-face social interaction. Besides just having something to do while hanging out, these games can steer the conversation in directions that it normally wouldn’t go if you were just talking on the couch watching television. Some of my favourite games that spark a unique social interaction include Lords of Vegas, Cash ‘N Guns, and Space Cadets. Other games, while great to play, don’t necessarily add to that social dynamic. Certain games actually take that away in a weird way. Case in point, Splendor and The Resistance.