10 years ago, I introduced myself through a list of 25 Things About Me as a Gamer. As of today, with over 2,000 posts in the chamber, you probably already know way more about me as a gamer than you care to take in. But if you’re just tuning in, or if you want a Coles notes update to how I’ve grown since I wrote the first list, here you go!

END_OF_DOCUMENT_TOKEN_TO_BE_REPLACED 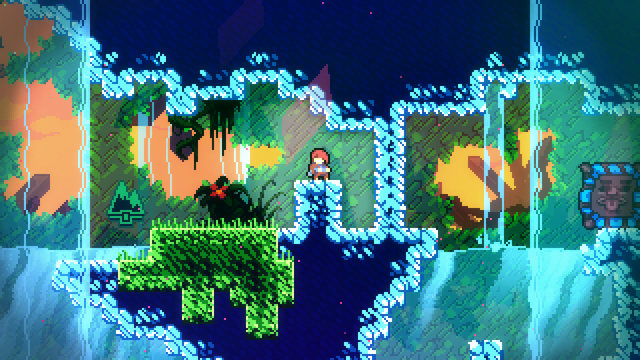 Historically, difficulty settings have been rudimentary in nature. You either get a choice of X number of settings from easy to hard, or the game simply is what it is. Whether the option of difficulty should be in every game – or no games at all – is a frequently debated topic. Try starting a thread about the Dark Souls series needing an easy mode and watch the internet explode in all directions.

Celeste may not have started it, but it’s the game that got me thinking about difficulty in a more granular sense. Since then, I’ve noticed other games that offer different takes on more nuanced difficulty settings.

END_OF_DOCUMENT_TOKEN_TO_BE_REPLACED

First look at Dark Souls on the Switch thanks to the network test! Unfortunately, I can’t show you much of the beta because I’m AWFUL at the game. If you want to watch me die repeatedly in the first section of the demo, be my guest!

Jett, Jason, and JJ talk about Jason’s Overwatch cosplay, Dark Souls Remastered, Pokemon Quest, and many other titles. We also participate in the Nintendo 64 game draft? Which game got picked first? Which games got snubbed?! You’ll have to watch to find out!

At this point, Dark Souls is viewed upon as legendary among the gaming community for it’s unapologetic difficulty. Taking heavy cues from action and adventure games of yesteryear, it brutally punishes mistakes and is a rather obtuse experience to comprehend. With virtually no context given, the game gives you a key to free yourself from your cell and it’s essentially up to you to figure out the rest.

This style of game is generally not my thing. Even as a child, my tolerance for difficulty was relatively low. However, it’s crossed that point where as a gaming enthusiast, I just have to play it in order to experience first hand what everyone’s been talking about. Also, I started playing ZombiU, which many people say takes influence from Dark Souls, and I didn’t have that experience under my belt to say otherwise. Did I make it out alive?

END_OF_DOCUMENT_TOKEN_TO_BE_REPLACED

As I’ve gotten older, the focal point of Christmas has shifted from receiving to giving. I’m sure that once I have children of my own, that focus will shift even more. Though I generally expect less as time goes by, I still got a number of wonderful gaming related gifts from my loved ones. Thank you Santa for everything! Below is a list of stuff I got under the tree. What did you give/receive? Feel free to share in the comments!

END_OF_DOCUMENT_TOKEN_TO_BE_REPLACED

If you were to watch me play Trials Evolution, the last thing you would expect me to be having is fun. Oftentimes, I appear with a look of defeat; cursing at my TV as I screw up the same jump for the 30th time in a row. Over the course of a few weeks, I must have hit restart thousands of times, hoping that success was just around the corner. If I did not love this game so much, I would not put myself through the type of physical and psychological punishment that Trials Evolution puts me through. Despite the amount of fun I’m having (especially when I succeed after dozens of failures), most people would probably view this behaviour as masochistic.

It’s not very often that I’ll put myself through this type of suffering as part of the enjoyment of a game, but it happens if it’s the right game at the right time. Are there any games you’ve played that hurt so good? Let’s discuss in the comments!