Video games have a lot of growing up to do when it comes to the subject of love. Decades of catering to the taste of young boys has left the content a bit…emotionally-stunted. As such, those looking for a love-related content fix will heavily gravitate towards other mediums such as film, music, and literature instead.

To gaming’s credit, steps are being taken in the right direction. Gaming is starting to take on the subject in more thoughtful ways and I’m here for it! As we head towards Valentine’s Day, maybe a few of these games can get you in the spirit of the season, whether you’re madly in love or wrestling with heartbreak.

END_OF_DOCUMENT_TOKEN_TO_BE_REPLACED 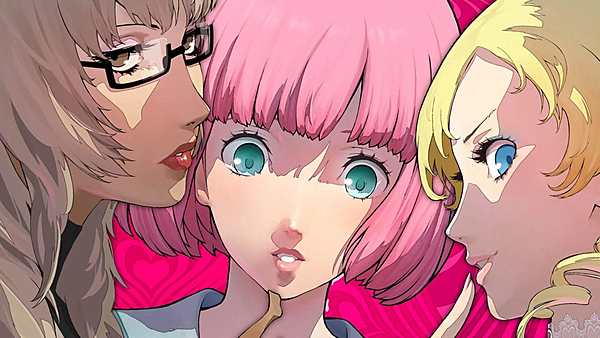 END_OF_DOCUMENT_TOKEN_TO_BE_REPLACED

I’m currently in the process of enjoying Trine 2. It’s a neat puzzle platformer that I don’t think will ever gain any sort of mainstream traction, but I’m glad that it exists. After putting in a few hours into it, I realized that the game was published by Atlus.

END_OF_DOCUMENT_TOKEN_TO_BE_REPLACED

…that is the question.

I like to think to myself that I write this blog for me first. I turn to this blog whenever I have a gaming thought I think is worth writing down and I make it happen. It’s a very therapeutic process for me. However, I also love to look at my analytics to see what does well and what doesn’t. Posts about fightsticks? Money in the bank. Posts about sexy video game characters? They never go out of style. Video game reviews? The numbers aren’t pretty.

END_OF_DOCUMENT_TOKEN_TO_BE_REPLACED

In 2011, no video game trailer made more waves or garnered as much attention as the Dead Island announcement trailer. As far as video game trailers go, this haunting and beautiful piece is one of the best video game trailers ever made. Thanks to this trailer, the game built up a tremendous amount of pre-release buzz and ultimately sold really well.

Say what you will about the quality of the trailer, but the Dead Island announcement trailer captures a lot of what I hate about video game marketing and advertising. I’ll take this a step even further and say that due to the business practices behind the creation of most video game trailers and commercials, I actively avoid watching them.

END_OF_DOCUMENT_TOKEN_TO_BE_REPLACED

By the time this post goes live, my girlfriend and I will have stepped foot in London, England. With little to no access to the internet for the next week or so, you won’t be seeing me writing any up-to-the-minute news or anything of that nature.

However, there will still be stuff to read on In Third Person. Before getting into some new posts, I thought now would be a great time go back through the archives and spotlight some great posts from the past that you may have missed. If you’re thinking that I’m taking the easy way out on this one because I’m out of the country, you would also be correct, but I swear these posts are worth going back for!

END_OF_DOCUMENT_TOKEN_TO_BE_REPLACED

A few days ago, I posted a pretty glowing review of Catherine for the XBOX 360 and PlayStation 3. In hindsight, I’m still happy with how that game turned out and how that review was written. As much as I gushed about it before, it does have some kinks. Since I didn’t really go into them in detail in my review, I thought I’d call them out here. It’s still a fantastic game as is, and you may not agree with my list of gripes, but you’re always free to chime in with your point of view in the comments!

1. Your controls when Vincent is behind the block tower sucks

Controlling Vincent when he’s in-between the blocks and your direct line of sight is straightforward. However, in cases where you have to control Vincent behind the blocks, your controls become a complete mess. The problem is two-fold. For one, controlling movement behind a block tower isn’t consistent at all. You may hit left on your d-pad to make Vincent move right, but the next time you hit left, he’ll stay still. The controls when Vincent is trying to maneuver behind blocks constantly flip, which makes it extremely difficult to get places in this manner.

This issue could have been alleviated if the camera was able maneuver all the way around the block tower. At its best though, you’ll only have access to a 180-degree view. This makes it impossible to see how you’re maneuvering Vincent behind a tower of blocks. While you won’t be spending a lot of time maneuvering behind blocks, it sucks every time you have to do it.

2. Lack of interaction in the real world

Most of the gameplay in Catherine takes place in Vincent’s nightmares, where you maneuver through block towers. While I love playing through these towers, I really wish there was more to do in the real world. I have no problem with sitting through all of the cutscenes, as they’re really well done and they’re the main driver of the story. Where the game could have gone a bit further with are the times when you control Vincent in the bar. Why not give him more to do? Why not give him more opportunities here to impact the story beyond talking to people and answering text messages? Why not let the player visit other environments besides the bar? These suggestions would have helped make players feel a bit more involved outside of the nightmares.

The last points in this post contain SPOILERS, so please proceed at your own discretion!

END_OF_DOCUMENT_TOKEN_TO_BE_REPLACED

“Is this a puzzle game?”
“Is this a dating simulator?”
“How does this all even work?”
“How do you play out the sex parts?”