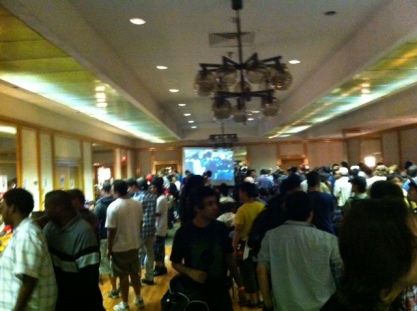 When it comes to fighting games, there’s nothing more exciting, intense or as important as the fighting game tournament. This is the place where fighting game players who take their games seriously strut their stuff in hopes of winning the big prize, and more importantly, earning the respect of their fellow fighting game playing peers. You can say what you want about how you scrape your friends all the time at your place, or how you’re a legend at your local arcade, or how you’re one of the top ranked players online, but in the new era of fighting games, it’s all about showing and proving at a tournament, especially one that’s being live streamed for viewers around the world to check out.

Though I’m far from a seasoned tournament veteran, I’m still very much feeling the buzz from my time at T12: Toronto Fighting Game Championships, which is the inspiration for today’s post. I think I’ve had enough tournament experience (and have heard enough second-hand accounts) to give you a few words of wisdom if you plan on going to a tournament, especially if this will be your first one.

END_OF_DOCUMENT_TOKEN_TO_BE_REPLACED 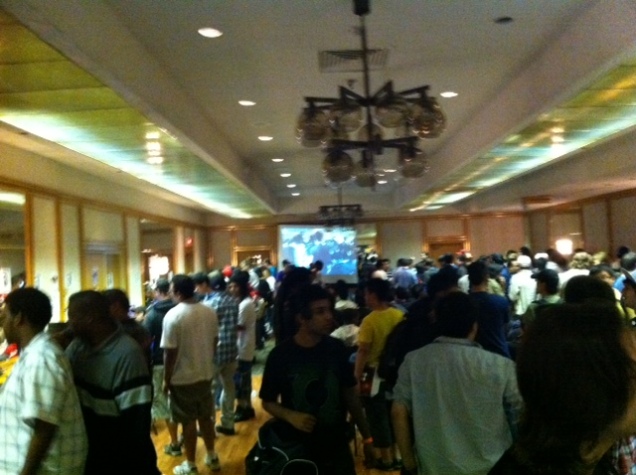 Yesterday, I came to bring the pain at T12: Toronto Fighting Game Championships. While it was not my first-ever fighting game tournament, it was definitely my first fighting game tournament of this magnitude. Everything about this one had a lot more weight to it, from the Team Spooky stream, to the international players flying in for this event, to the skill-sets of the players attending, to the hype that filled the room when something dramatic happened. Having watched these types of events take place for years from afar, it was very cool to be a part of it this time.

END_OF_DOCUMENT_TOKEN_TO_BE_REPLACED

Welcome back to part 2 of a mini-series of combo systems posts within In Third Person’s Universal Fighting Game Guide. Part 1 dealt with the elements that make up a combo system in most fighting games, which you can find here. This post will take those fundamental elements and try to outline a process you can use to help you establish a knowledge and execution foundation to build your combo abilities on.

END_OF_DOCUMENT_TOKEN_TO_BE_REPLACED 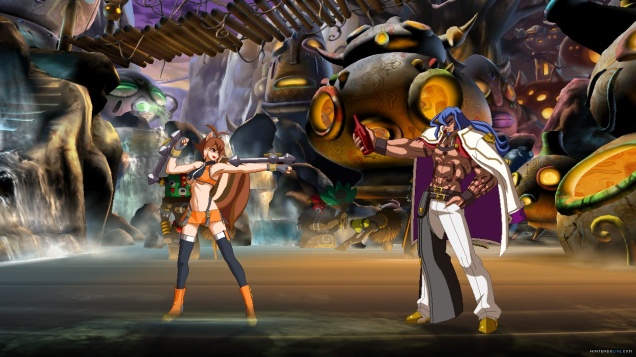 While you may be tempted to learn the big fancy combos the moment you start playing a new fighting game, it’s not the best way to level yourself up. Mastering the physical execution of big combos is nice, but learning the big combos without knowing the context behind them first is like trying to run without learning how to walk. This is post 1 in a two-part mini-series about understanding combo systems. Part 1 will deal with the elements that make up most combo systems, while part 2 will discuss how to put context to those elements to shape your offensive capabilities. Let’s get moving with part 1!

END_OF_DOCUMENT_TOKEN_TO_BE_REPLACED

While you may be tempted to learn the big fancy combos the moment you start playing a new fighting game, it’s not the best way to level yourself up. Mastering the physical execution of big combos is nice, but learning the big combos without knowing the context behind them first is like trying to run without learning how to walk.

END_OF_DOCUMENT_TOKEN_TO_BE_REPLACED 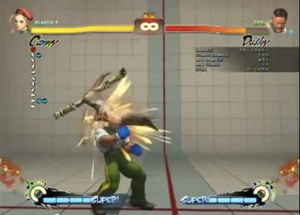 With fighting games experiencing an upswing in popularity, there are a lot of new players getting into fighting games and fighting game veterans taking on new games. With any new fighting game you take on, whether that’s a mainstream hit like Street Fighter IV and Mortal Kombat, or a more niche title like Arcana Heart 3, comes a learning curve that’s usually steeper than that of most other video games on the market. Playing against the computer or playing with your friends of similar skill is fine and dandy, but if your goal is to play these games on a competitive level against anyone is going to take some smart training and elbow grease.

The good news is, a lot of the knowledge you’ll learn in one game is transferable to the next, which makes learning fighting games as a whole a task that’s not as daunting as it seems on the surface. It also makes it possible for someone like me to write a somewhat-one-size-fits-all guide to fighting games that you can apply to any fighting game you play.

I’m not sure how far I’ll go with this series of posts, but for my first attempt at this, let’s talk about fighting games from a defensive perspective. More specifically, how to deal with cross-up/cross-over/cross-under attacks.

END_OF_DOCUMENT_TOKEN_TO_BE_REPLACED

Over the last few weeks, the traffic to my arcade fighstick posts have skyrocketed. With Marvel vs. Capcom 3 hitting store shelves, it appears as though you’re all looking for as much fightstick information as possible before you spend your hard-earned cash on a new fighting game weapon of choice.

As a public service to you (and as something I would find fun to write), I’ve put together a newbie buyer’s guide that covers my knowledge of arcade fightsticks. This post features some general things you should know, mini-reviews to a few of the major fightsticks on the market and links to my older posts where I go into more detail on each product. I’m by no means a fightstick connoisseur, but I do own a bunch of them and spend a ton of time using them.

END_OF_DOCUMENT_TOKEN_TO_BE_REPLACED

When I bought this stick almost two months ago, I figured that it would work out just fine as a casual stick to play Street Fighter with. I initially planned to use it only for when I play my coworkers on PSN, which I figured wouldn’t be much at the time.

Well, it ended up being a lot. As in, over 100 hours a lot. Has it withstood the crazy amount of stress I’ve put it through during these last two months?

END_OF_DOCUMENT_TOKEN_TO_BE_REPLACED

These last few weeks have been awesome for followers and players in the pro fighting game scene. We had Season’s Beatings a few weeks ago, SoCal Regionals and South Florida Challenge just last week and NorCal Regionals coming up next week. All of these events have (and will) feature the best fighting game talent from around the world, which has led to some amazing matches (and antics) for us to see.

Happening any minute now is the Canada Cup, which as far as I know, is the first major Canadian fighting game tournament. This one should be as big and entertaining as everything else the fighting game community has been spoiled with of late.